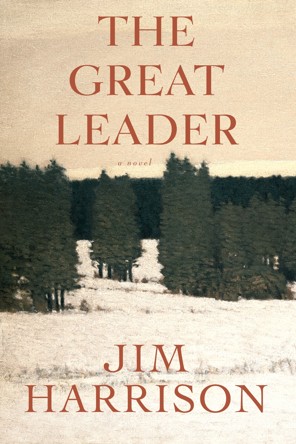 The Great Leader + Sundog by Jim Harrison
How Should a Person Be? by Sheila Heti
Steve Jobs by Walter Isaacson
Fear and Loathing on the Campaign Trail '72 by Hunter S. Thompson
The Green Shore by Natalie Bakopoulos
Full Body Burden by Kristen Iversen
One Foot in Eden by Ron Rash

And hopefully that new book by Sugar.

From magazines:  "A Life Worth Ending"  by Michael Wolf  (New York),  "I Was There": On Kurt Vonnegut  (The Nation), William Giraldi on America the Philosophical (LA Review of Books)

and whatever else I serendipitously come across at the library!

Salvage the Bones by Jesmyn Ward
The Brothers Lionheart by Astrid Lindgren
Some Sexual Success Stories Plus Other Stories in Which God Might Choose to Appear by Diane Williams
Leaving the Atocha Station: a novel by Ben Lerner
The River Why by David James Duncan

A.S. Byatt's debut novel, The Shadow of the Sun. I'm slowly reading everything she has written.
A return to Michael Chabon's Adventures of Kavalier & Clay, which I read ten years ago.