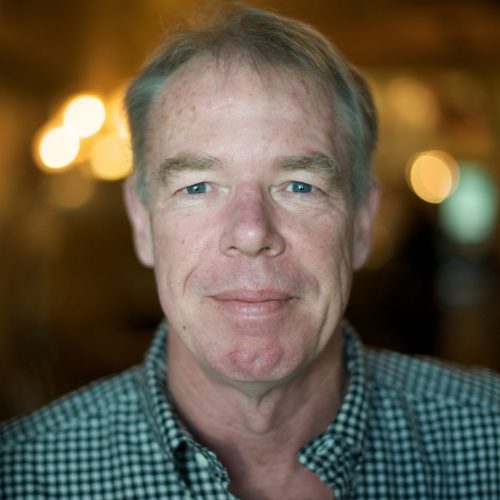 Kevin Canty is the author of several books, including the story collections A Stranger in this World, Honeymoon, and Where the Money Went and the novels Into the Great Wide Open, Everything, Nine Below Zero, Winslow in Love, and most recently, The Underworld. He is the former Director of Creative Writing at the University of Montana.

The Underworld (W.W. Norton, March 2017) was inspired by a fire that killed 82 miners in a small Idaho silver mining town in 1972. The San Francisco Chronicle wrote, "Like much of Canty’s fiction, it’s an honest portrait of two lost souls trying to make sense of the hand they’ve been dealt, the choices they’ve made and have yet to make...If you haven’t spent an evening or two in the grand company of Kevin Canty’s work, now’s your time to start."

Several years ago, in graduate school, I was hanging around in Padgett Powell’s kitchen, grousing about the fact that I couldn’t seem to get anything published. All I want is just one decent publication, I told him, so I can feel like a real writer. Well, then you should be writing better stories, he said. Still the best piece of writing advice ever, though not the easiest to follow.

Weirdly enough, it may be Anthony Trollope. I read him sometimes when I’m working on a novel. He has such a sure sense of the form of the novel, of the way it leads from scene to scene, the way the threads of plot and ideas converge and separate. And the writing is just bad enough so I’m not tempted to copy it.

Wake up, coffee, NY Times online and then to work within an hour of the time I wake up. I do check my email in the morning but I don’t engage with or reply to anything. No schoolwork (I teach) until the day’s work is done. I used to have word-count goals but lately it’s just a sense that I’ve gotten something of substance done. Then the world crashes in around noon.

I play a lot of guitar. A lot. I don’t let myself touch a guitar until I’m done writing for the day (see above). It occurs to me that I have a lot of rules and superstitions around the writing process but maybe this is my only bulwark against sloth and chaos. At any rate, my favorite recreation during baseball season is to watch the Nationals and play my Telecaster. Playing bad guitar solos is satisfying in a way that writing bad short stories is not.

Dead silence, all the time. See “rules and superstitions,” above.

Powell’s, Portland, hands down. I lived in Portland all through the ‘80s when Powell’s was just a big drafty unheated barn of a place full of very cheap books. I bought the whole Paris Review interview series and most of the original Vintage Contemporaries line for a dollar a pop. The place was run by disconsolate ex-Reedies who looked like they were too cold to feel their fingers, though maybe they were just on drugs. No coffee shop, no shelf talkers, no customer service — but my brother-in-law was able to find a shop manual for a 1967 Fiat Abarth for two dollars. Loved that place.

Yep. Good for travel and camping, though I read regular books around the house. I do not have a moral stand for or against. 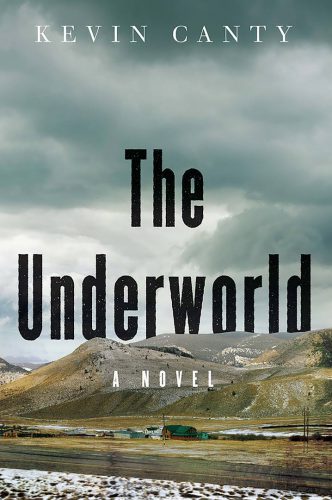 In 1973 I spent the summer working for the Milwaukee Railroad in Avery, Idaho. I lived in the cars — converted passenger rail cars, parked on a siding — and spent my days with a spike maul, the nine-pound hammer of folk song fame. It was hard, dirty work and the people I worked with were hard, dirty men. The money was good and the scene was pretty different.

All this rested and marinated in my mind until a couple of years ago, when I decided that I might know enough to write about a mine disaster in Idaho that happened around that time. I didn’t know anybody who was directly involved but all the men I worked with in Avery knew somebody who knew somebody. They had amazing wild stories about the aftermath.

There’s really no substitute for a little direct knowledge when you’re writing about anything. My time on the railroad is nowhere depicted in the book but it’s reflected in every line of dialog, every description of place. God knows I wasn’t in it for the research — I needed the money, and it felt like an adventure — but several decades later, the experience came in handy.

Easier to talk about the ones I don’t have. I don’t gamble, at least not much, and certainly not seriously. The rest of them, I have pretty well covered.

I was going to say that I indiscriminately love all of them but that isn’t true. There are words I don’t love — long ones, generally, and abstractions. But I do love the ones I love: axe, tree, run, fuck.