Click on the image to view a larger version in a new window. All pictures are copyright of the artist and may not be used without the artist's permission. Take it up with them. 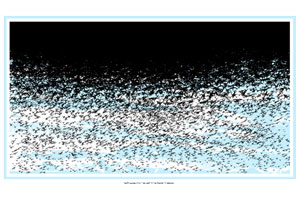 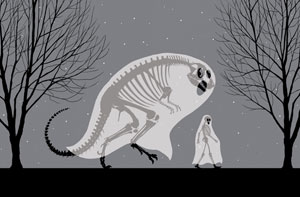 Dan McCarthy was born on September 6, 1976 in Cape Cod Massachusetts. A big part of his life has always been making art and playing music. In the 1990’s, Dan started playing in bands and making flyers to promote shows at local venues. At the age of 18, he moved to Boston to study at The School Of The Museum Of Fine Arts, where he began screen printing and designing posters as well as painting and drawing. Dan’s artwork explores the relationship between nature and technology and the cyclical nature between life and death. Since graduating, he has been exhibiting his work at local galleries, has worked on community art projects and has designed numerous CD covers, T-shirts and posters. Presently, Dan works as an artist and designer in his Jamaica Plain apartment and plays drums in the band Helms. Email him at dan@danmccarthy.org and visit www.danmccarthy.org.