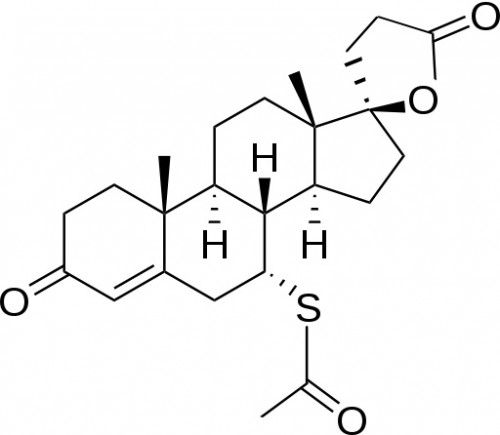 tablets click into sickly amber plastic like the urine they render so urgent in reverse. click (drop), click (drop), streams of static swishing sound heard on the off-air channels of anything analog. stay tuned. this pill is the hardest to swallow but easy to take. purging.

this one’s about purging. most medicinal, each coated dose of the past present and forever clears the Master Boot Record of dim plural protoplasms. what operating system are you running? hardware software hardware wetware. i wonder if chelsea1 was aware of the double entendre of ‘motherboard’. these petulant passétech metaphors are comforting. optimize. yes, just optimizing: efficiency, efficacy. the same way makeup optimizes your face and murmured subliminal suppositions optimize the way you respond nakedly to oblique sensation under weeping willows swaying under cinder blocks tethered to their branches with cable ties. you want to ease their concrete encumbrance, because then the branches won’t brush your increasingly sensitive skin and remind you of how poorly documented and advertised your software is, but you haven’t always had the strength to emit sledgehammers.

between the pills to make my body change and then stay the same and the nootropics to subtly sharpen what misogynist Cartesian duality would have as its diametric opposite and the also liver-straining ibuprofen much less needed now lies an oblong corpuscular truth. i’m a chemical girl in the popular parlance sense of the term: natural: all chemicals are natural, but say the word ‘chemical’ and instantly the average listener is furrowed and face to face with Frankensteinian form: hostile, manmade and decidedly sinthetic, artificially constructed in sterile laboratories and coming to intrude on the placid earthy conceptual lives and public bathrooms of nonexistent middle America. chemical language: (cis, trans), chemical customizations: (contra, replacement), chemical stigma: (contagious, symptomatic, deformation).

the omnipresence and importance of water is instantly recognizable, water pressure pumped through kidneys at an increased rate and eventually out the external elongated urethra cylindrically around which are my chemical connotations biased to bleary distortion. but phrase it ‘dihydrogen monoxide’ and vast furrowed majorities will vote to ban it. sole familiarity with monoxide is gaseous is poison: without that extra oxygen atom exhalation becomes suffocation, a sigh of relief becomes a desperate gasp for survival. and so otherwise inescapable desperation is framed as the hand that draws these pills daily to my muliebral mouth.

thesis and antithesis. this one’s about choices. they like to imagine squinting metonymies: this beige spearmint-flavored prescription as everything, that subtraction and suppression, blocking and covering and hiding, spinning a stifling pupa to initiate rebirth are the harrowed hallmarks of a conceptually generative process. femaleness: void. alternate: downgrade, that distended assumption pushing on the malignant custom we call transmisogyny2, propelling it forward and threatening to burst bombastic like a rubber-stamped chewing gum bubble in the mouth of someone trying far too hard to compensate for shoddy canceled cuteness:

always both implicit in the question and the answer. compatibility.

tech metaphors are especially comforting when they encase the bitter assumptions of others in fast-dissolvable gel capsules.

(it’s telling that the synonyms for ‘pubescent’ are temporally specific: teenage, juvenile. dictionaries don’t account for my body at all. thesauruses do with sordid substitutes selectively parsed from the banners of pornographic websites and the incidental lexicons of men so straight that their main exhilaration is a penchant for faux-Freudian novelty. don’t talk to me about pure invention and gorges unexplored and maps out of date by years when your cartography is contingent upon rose-wet caves and small hands and your friend coined the future name for the pornography flickering on the screens of your precious city in the subtitle of her dissertation.3)

this one’s about myth-making: reclaiming placement on the semiotic square4: i tire of traversing categorical axes involuntarily, pinballed into actants in the coveted plexiglas machine centered by the binary opposition man:::::::::::woman. my status is static still to me and static scrambled to willful warping, the antonym of dynamic and the static of TVs, radios, messages uncommunicated over morphing media. this one validates the antisubject—antiandrogenic, blocker, a chemical kernel of ~not. these milligrams confer less visible least tangled tangibility—no (re)growth of the hair or tissue variety, only the shrinkage of atrophy as technical equipment is repurposed into something equally possible from inception but spectacularly unanticipated. hacking. body hacking. personalizing what i did with so many constituent networks in high school.

technical metaphors are comforting. insinuation is a cozy bulls-eye. parts can be easily outlined and uneasily accessed through so. many. colorful. wires.

ultimately, though, it’s about defiance. yielding to X-Acto precision, proscribed, yet prescribed, trading prefab tears for anesthesia would render this one outmoded. human bodies are the only machines in which a structural reconfiguration in hardware directly improves specific program performance. and this is where the technical screen breaks down, the signifier rests stubbornly beautiful in my unblemished palm, and organic orchids grow from the over-tinkered shell of the eviscerated desktop chassis.

1. Chelsea Manning, a transgender woman and former US Army intelligence analyst recently sentenced to prison for mass-leaking confidential documents to Wikileaks. In her online chats with Adrian Lamo (the full transcripts of which were published online by Wired Magazine), she said “the CPU is not made for this motherboard” in a conversation about her gender and dysphoria.

2. Transmisogyny is a term coined and popularized by transfeminist activist-writer Julia Serano in her manifesto Whipping Girl: A Transsexual Woman on Sexism and the Scapegoating of Femininity. It refers to the especially potent type of discrimination and oppression faced by trans women and gender-variant people who were coercively assigned male at birth, at the intersection of transphobia and traditional misogyny.

3. From Adrienne Rich’s “Twenty One Love Poems”. Adrienne Rich was a known associate and supporter of Janice Raymond, who wrote originally as a dissertation the infamous transmisogynist invective The Transsexual Empire: The Making of the She-Male.

4. Greimas’ semiotic square, a fundamental representation of the elementary structure of meaning and myths.