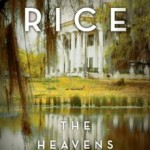 New books this week from the Rice clan and others:

The Wolves of Midwinter: The Wolf Gift Chronicles by Anne Rice: "It’s Christmastime along the Northern California coast, and newly turned man-wolf Reuben Golding is comfortably relaxing inside a mansion. But what’s that stirring about in the adjoining redwood forest?" (Sacramento Bee)

The Two Hotel Francforts by David Leavitt: "Leavitt is a fluent, clever writer with a habit of playing with historical fact — which explains what might seem the failings of this curious and yet absorbing book. It isn’t so much a story as it is a piece of writing about the writing of the story of people in a situation like this. " (New York Times)

Norman Mailer: A Double Life by J. Michael Lennon: "Lennon, a personal friend and the literary executor of Mailer’s estate, had access to a trove of unpublished letters and interviews. The result, written in a measured and sometimes dry style, stresses the extremes of ugliness and compassion that defined the author’s life and work." (Publishers Weekly)

Guests on Earth by Lee Smith: "Greatly anticipated as a look into Zelda Fitzgerald’s fire-consumed stay at Highland Hospital in Asheville, it resonates most of all as a cry of love for society’s misfits." (Asheville Citizen-Times)

Also: This week in Asheville, Identity Theory contributor Joseph Bates ("How We Made a Difference") is reading at UNCA (Thursday, Oct. 17th at 7:30pm).