Who writes that? "You can't spell books without BOO!" Sounds like an elementary school library's Halloween slogan. Let's Google this and see who else has chosen this unfortunate headline in the past.

The top Google result for "You can't spell books without boo" comes from Stony Brook University's library. Not an elementary school but same idea. The Sarasota Herald-Tribune also used that goofy sentence as a headline in 2006. So someone actually got paid to write it. Good for you, Sarasota Herald-Tribune headline writer. Hope you bought a new book with that paycheck.

Speaking of new books, this week...saw some new books published. It was sort of a "boo" week, in the sense that I heard significantly less chatter about new books than usual. That doesn't mean good stuff wasn't published. It just means I didn't hear much about it. And I was on Twitter a lot.

The main book I heard about—really the only one that stuck—was Anthony Doerr's Cloud Cuckoo Land. 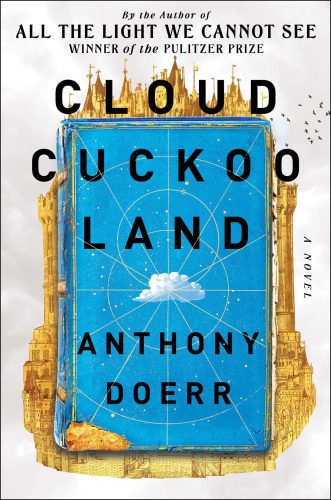 The NY Times said this about Doerr's new book, the follow-up to All The Light We Cannot See:

“Cloud Cuckoo Land...is, among other things, a paean to the nameless people who have played a role in the transmission of ancient texts and preserved the tales they tell. But it’s also about the consolations of stories and the balm they have provided for millenniums. It’s a wildly inventive novel that teems with life, straddles an enormous range of experience and learning, and embodies the storytelling gifts that it celebrates."

What else is out there this week in terms of new books? Let's take a look.

Joshua Ferris has a new novel, A Calling for Charlie Barnes. 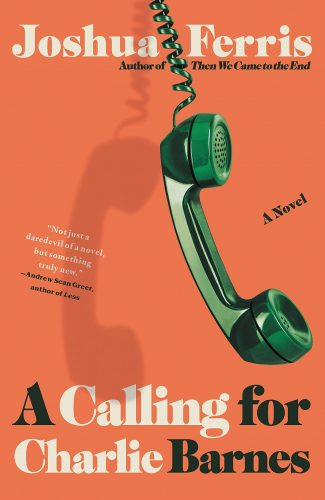 "Every family is a group of unreliable narrators. That's not to say that your parents lied when they told you, say, how they met, but time has a way of distorting memories, and fiction replaces fact in our minds seamlessly and subconsciously. Or as the narrator of Joshua Ferris' dazzling new novel puts it: 'Every story we tell ourselves is some version of make-believe.' There's no shortage of make-believe in A Calling for Charlie Barnes, Ferris' fifth, and best, book."

And here's one from Nobel Prize winner Wole Soyinka: Chronicles from the Land of the Happiest People on Earth. 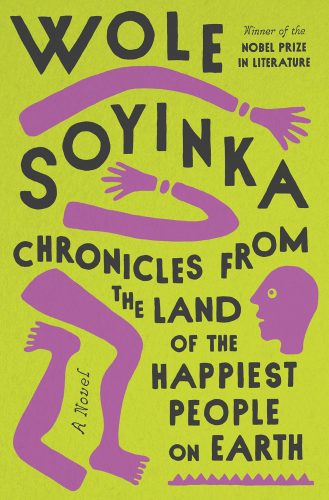 "Wole Soyinka’s new novel tells the multidimensional story of a secret society dealing in human parts for sacrificial uses, whose members encompass the highest political and religious figures in the land. It details how the conspiracy and cover-up of this quasi-organisation affect not only the life of the nation but, more specifically, the lives of four friends. This is essentially a whistleblower’s book. It is a novel that explodes criminal racketeering of a most sinister and deadly kind that is operating in an African nation uncomfortably like Nigeria." (The Guardian)

Sarah Clayville, one of our fiction editors, is all about the short story collections at the moment. Sarahland (how could she not), I Want to Show You More, and Land of Big Numbers.

Matt Borondy, our founding editor (wait that's me), is reading Jai Chakrabarti's A Play for the End of the World, Ruth Ozeki's The Book of Form and Emptiness, and Joy Castro's forthcoming novel Flight Risk, among other things.