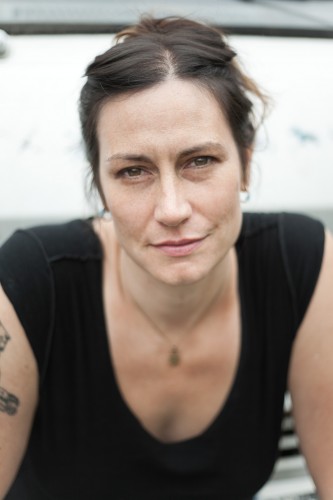 Vanessa Veselka is the author of the novel Zazen, which was published by Richard Nash at Red Lemonade and won the 2012 PEN/Robert W. Bingham Prize for fiction. A resident of Portland, Oregon, she has been at various times a teenage runaway, a sex-worker, a union organizer, and a student of paleontology. Her writing has appeared in GQ, Bitch, The Atlantic, Tin House, and other publications. She is currently at work on her next novel, to be published by Riverhead Books.

It’s a question of audience. We all have, at some level, an audience that we cater to, be it our family, our friends, our cat, God, or an idea of selfhood/identity—vegetarian spiritualists everywhere, for instance. We refine ourselves, our sensibilities, our humor and moral code through interaction with that perceived audience. Since literature has the power to change our sense of audience (by stretching our sensibilities to meet those of the book) it has power to change our lives. We’re narrative-making machines (as much as I bristle at that) and so the stories we tell ourselves about what is happening shape our actions. Nothing is as dangerous as a story.

The Signal and the Noise by Nate Silver

What is the best writing advice you've ever received?

“You’re writing for the person who gets the joke.” –Karen Shepard

Which I took to mean ‘you’re writing for the person who gets it.’ Whenever I am lost in a passage, it is my one compass needle.

What is the best sentence you've ever read?

Dear Sir: What you advised me not to do, I did.

At my best I write six mornings a week for several hours, then later in the afternoon a little bit by hand.

Do you ever listen to music when you write? If so, what's on your playlist?

Ha! Only when I’m doing interviews. Right now I’m listening to Four Saints in Three Acts. I use music to get in the mind of a character when I’m walking or imagining, but I can’t write to it. It’s just too distracting.

Best bookstore you've ever been to?

You’re going to put me on the spot here…there are so many great small bookstores I’ve been to, Riverrun, Elliott Bay, Skylight, Word, The Community Bookstore, so many, but it’s pretty hard to beat Powell's Books in Portland. 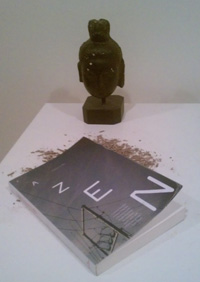 God, I’d hide. Maybe not. Maybe I’d tap them on the shoulder and say, “I wrote that, ya know.” I’d probably be a little more sheepish than that. Hard to tell. I’ve never had that happen. I know when my friends see someone reading Zazen on the subway or the bus they get really excited.

The train station where Tolstoy died. It's the scene of such incredible failure and success. He finally, finally gets the guts to leave everything and take up the ascetic life--only he's in his 80s and sick and it's all kind of pathetic. In that one gesture--delusion, grace, determination, failure, absurdity--most train stations just can't provide that kind of conflict in a single death.

Not yet. I’m not anti though. I think fighting e-readers is a ridiculous battle. If I had one I would use it for all the trashy things I like to read that I don’t want my bookseller friends to see me buying.

Which would you prefer to write: a poem or a personal letter?

A personal letter. I’m no poet.

What non-literary profession would you find most compelling to pursue?

Haberdasher. Kidding, sorry, too much Spinal Tap. Academic, probably. American History or lit. I love the sciences but I would be better at teaching History of Science than as a real scientist. I'm just starting to learn about the stars now.

I should not say this...but in honesty? MFAs. But I'm not very bigoted. Some of my best friends are MFAs. I expect I'll grow out of it.

Favorite books you've read in the past year?

This morning it is: advent.