to benefit from by way of books sent to me by book publishers. Mostly

this comes in the form of catalogues. Occasionally cleverly or handsomely

designed, this cornucopia of literature provides hope, at least

in the short term, of an interesting and radiant future. This Spring

(it's already Spring /Summer) has not been much different. Many

good books, some by accomplished authors, some by lucky novices

who have managed to win the publisher's lottery, will be on their

One catalogue, in particular, stopped me in my tracks. The New

Press, that honorable house that Andre Schiffrin founded in 1990

after he was somewhat unceremoniously ousted from his sinecure at

Pantheon Books, featured on its cover a harrowing—and to me a physically

nauseating photograph (not credited) of the "prisoners"

being held at Guantanamo (ironies abound; this is the military base

we refuse to relinquish to Cuba, the sovereign nation it is part

of—instead choosing to pay some paltry rental fee, the check for

which Fidel Castro has never cashed in over forty years). Here are

the details: a group of about ten kneeling, shackled men in orange

with barbed wire on the top of the fences.

Kurdistan—this photograph of what I assumed were human beings

in the custody of the United States government sickened me. In an

infosphere rife with American exceptionalism, I ought not have expected

that the functionaries of the government would also be excepted

from the cruel demands of the so-called war on terrorism. But that

is what I expected. I don't hold the US government—whose foreign

policy I have been pathologically critical of since I was introduced

regimes, but I have never been able to accept perpetrating what

we condemn in others.

Now that the war drums are beating relentlessly, so much so that

even I, sequestered here in front of my computer, in a well-heated

abode with ample supplies in the larder and the television disconnected

since August, am subject to their dull pounding. I am discouraged

(both manifest and latent) on all sides. I was reading Imre Kertesz's

… suddenly came to the realization that there exists

only one reality, and that is me, my own life, this fragile gift

bestowed for an uncertain time, which had been seized, expropriated

by alien forces, and circumscribed, marked up, branded — and which

I had to take back from "History," this dreadful Moloch,

because it was mine and mine alone, and I had to manage it accordingly.

In truth I believe (based on what?) that Saddam Hussein is a war

criminal and that humanity would be well served by his incarceration

at Spandau or some such penal institution. And yet I am not prepared

to accept the path and policies of the current administration in

prosecuting a war. President Bush and his coterie approach governance

their rabid and zealous view of the world. A view I certainly do

not share. In fact, I rather see it in a way that Kurt Vonnegut

What has allowed so many PPs [psychopathic personalities] to

rise so high in corporations, and now in government, is that they

are so decisive. Unlike normal people, they are never filled with

doubts, for the simple reason that they cannot care what happens

next. Simply can’t. Do this! Do that! Mobilize the reserves!

everybody’s telephone! Cut taxes on the rich! Build a trillion-dollar

and In These Times, and kiss my ass!

Where (presuming some vestigial sense of connection to the body

politic/real world) does this leave me? Disengagement is not a real

of the politically uninvolved). At this moment, I have no answer.

I do have these thoughts by Kertesz:

I have related this intense moment as I (had) experienced it.

The source from which it sprang, like a vision, seemed somewhere

outside of me, not in me. Every artist is familiar with such moments.

At one time they were called sudden inspirations. Still, I wouldn't

classify the experience as an artistic revelation, but rather as

an existential self-discovery. What I gained from it was not my

art—its tools would not be mine for some time—but my life,

which I had almost lost. The experience was about solitude, a more

difficult life, and the things I have already mentioned—the

need to step out of the mesmerizing crowd, out of History, which

renders you faceless and fateless.

I expect, all hysteria aside, these will not be my last thoughts 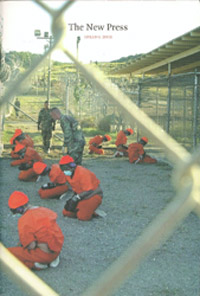