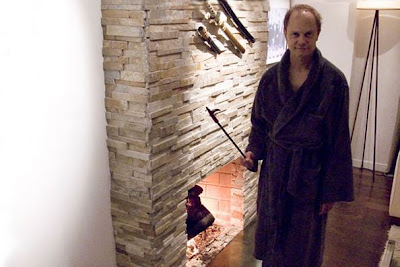 It’s wonderful when talented actors take roles in projects they really believe in rather than aiming for the biggest box office dollars or guaranteed Oscar nominations. Robin Williams has World’s Greatest Dad. Nicole Kidman has Birth. Even James Franco has “General Hospital.” When these world-famous celebrities and gifted performers take a chance on a smaller project (or a forty-seven-year-old soap), that’s when real film fans start to get excited. They get excited because they know that whatever these projects are, they must be special because convincing actors to turn down millions of dollars for a mainstream blockbuster can’t be easy.

And aside from the occasional disaster (Hounddog, anyone?), a lot of these projects turn out to be successes, some monetarily, others in fan and critic praise. But what they all do is remind the world that mainstream Hollywood isn’t the only moviemaking game in town, even if they are reminding us from the Wal-Mart bargain bin. Effective storytelling is what it’s all about and the last time I checked, it doesn’t take 20 million dollars to tell a story.

David Hyde Pierce, who is best known for his work on TV’s “Frasier” and more recently in Guillermo Del Toro’s Hellboy in which he performed the voice work for a blue, sea-dwelling creature named Abe Sapien, takes on a more intimate roll in Nick Tomnay’s The Perfect Host. Pierce plays Warwick Wilson, a mild-mannered L.A. resident who has his home invaded by John Taylor, a clever bank robber (Clayne Crawford).

Expecting guests for a dinner party, Warwick allows the fast-talking scam artist into his house only to find himself at the wrong end of a long knife. Without wanting to give anything away, it should just be said that of all films that are labeled as “psychological thrillers,” The Perfect Host is one of the most deserving. The film evolves into a clever cat-and-mouse game between Warick, his captor, and a police detective (Nathaniel Parker) who’s closing in on solving that bank robbery. Tomnay, who wrote and directed both this film and the short it was based on, really gets into his characters’ heads and brings the viewer along for the ride.

A unique twist on the home invasion genre, Host starts out and ends a little rocky but the movie’s delicious creamy center completely makes up for it. Warwick Wilson is not a character you’ll easily forget. From his distinctive walk to his unique friendships, Warwick illuminates the screen, even when he’s not on it. Sure to make a number of Cult Classics lists, The Perfect Host is the best kind of project for big-name actors looking for something different. Host is different and in all the best ways.