The deaths of Cuban musical legends Compay Segundo and Celia Cruz are vivid reminders of the large space taken up in my life by Cuba and its culture. Cruz's death was accompanied with the kind of notice Catholics usually reserve for deceased popes. In a truly odd twist The Washington Post noted her passing on its editorial page. The Miami Herald took the Celia Cruz' obituary as opportunity for an anti-Castro screed. Jon Pareles' obit for the Times was the only piece that stayed on point, mainly the passing of a great musician. My own response was to unearth my copy of Caliente's great sixteen-selection CD compilation Introducing Celia Cruz and pop it into the my ride's player and jacking up the volume as I cruised I-95 south into the Havana of New England, Boston.

When I finally construct a FAQ for myself (a looming necessity as I seem to be receiving an ever-growing stream of electronic mail) after, Question: Where do you get so tan? Answer: I have a convertible, I will deal with Question: Why are you so interested in Cuba? Elsewhere I have talked about my youthful encounters with things Cuban: listening to Dizzy Gillespie and the great Cuban percussionist Chano Pazo and Diz and Bird playing the ere and haunting "Tin Tin Deo" and then about the same time of the triumph of the Cuban Revolution with Fidel and Che and Camilo Cienfugos appearing in newspapers and Life Magazine. As Gil Scott Heron says in another context (Military and The Monetary) "Peace is not the absence of war but the absence of the rumors of war." And so in that way Cuba has stayed a hot-button subject (Bay of Pigs, Cuban Missile Crisis, JFK Assassination, the hunt and murder of Che Guevera) most of my life since those innocent and heady days when a small group of bearded revolutionaries overthrew another one of those regimes held in place by American support and compliance.

As I wended my way through the labyrinth of a poor public school education and a poorer university experience, my study of American foreign policy and the many untold stories and hypocrisies exposed, reinforced my support for the Cuban Revolution. That continued into the raucous Vietnam era with the iconic Korda photo of Che (along with that other ubiquitous poster of the time, Huey Newton) adorning walls all over my world and visual field. Revolution was in the air, the Beatles wrote a song so entitled. Life was full of endless possibilities. Volunteers from around the world, the Venceramos brigades, went to Cuba to help with the sugar harvests. Socialism and the advent of a New Man were in play in what seemed a real way.

For reasons that therapeutic investigation will one day reveal, my '70s are largely a self-indulgent blank. Not that I suffered a substance abuse problem (I was an obsessive long distance runner competing in six marathons and a myriad of other long distance races from '77 to about '81) or any particular obvious dysfunction. I held a number of odd jobs, moved to Boston, hung out in Cambridge bars and had a lot of very superficial relationships. And most telling, I read very little. In Cuba, the Soviet period was in full tilt and Fidel was exporting revolution to Angola and Mozambique. Central America, especially with the fall of the American-supported Somoza dictatorship, became the next setting for the anti-Cuban agenda, as the nascent indigenous revolutionary movements attacked the American supported the status quo in El Salvador, Guatemala and Nicaragua. Ah, the Reagan years: death squads, massacres, mass disappearances, the School of the Americas, contras, Oliver North, Eliot Abrahms and Sandinista/Soviet tanks rolling across the Rio Grande. Who can forget them?

As I returned to a life of reading and engagement I was regularly struck by the submerged but strong interest that otherwise normal Americans seemed to have about Cuba. That I knew anything at all about Cuba quickly marked me as an expert (that, of course, also marked the beginning of my own skepticism about 'experts'). Despite the ascendant interest in Cuba by an assortment of thrill seekers and trendies, my own connection continued. In the '90s and onward I read, John Sayles Los Gusanos, Thomas Sanchez' Mile Zero, Georgette Geyer's hatchet job bio of Fidel, Tad Szulc's Fidel Castro, Gullerrmo Cabrera Infante's Mea Cuba, John Lee Anderson's Che Guevera, Oscar Hijuelo's wonderful novels, Renaldo Arenas' Before Night Falls, Christina Garcia's Dreaming in Cuban, Pico Iyer's Cuba and the Night, Thomas Miller's travelogue of Cuba, Che's Motorcyle Diaries, Hebert Padilla's melancholic memoir Self Portrait of the Other, and the anthology edited by Ann Louise Bardach.

Also in the' 90s I visited Havana and Cuba twice and delved deeper into the music, discovering Beny More, Cachoa Lopez, Arsenio Rodriguez, Sylvio Rodriguez, Los Maniquitios, Ernesto Lecuono, Chucho Valdes, Arturo Sandoval, Reuben Gonzalez, Ibrahim Ferrer, the unforgettable Celia Cruz and many more. Much of the music made by these great Cubans has been the soundtrack to my life and who is to say how much of the Cuban spirit has shaped my outlook.

But, happily, I know that it has. 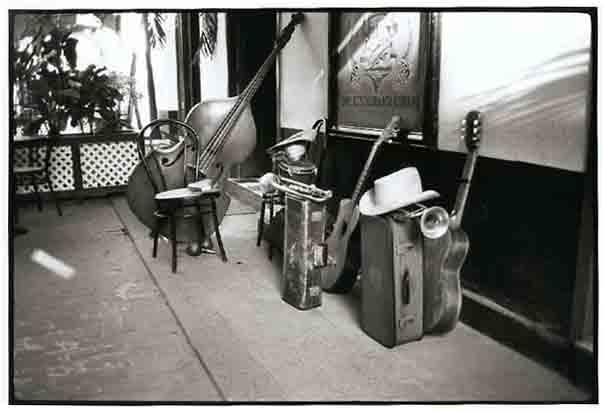