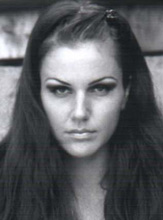 Susannah Breslin is a writer, photographer, and comics-artist whose work has appeared in Salon, Harper's Bazaar, Details, Nerve, Variety, and Exquisite Corpse, among other publications.
Susannah's writing
and photography
also appeared on Identity Theory in 2002, when she was
a featured
author. She is the author of You're
a Bad Man, Aren't You? (Future Tense), from which she recently
read at the New
Orleans Book Fair.

Matt Borondy: Here's a quote from Andy Warhol's
Philosophy of Andy Warhol: "Sex is more exciting on
the screen and between the pages than between the sheets anyway.
Let the kids read about it and look forward to it, and then right
before they're going to get to the reality, break the news to them
that they've already had the most exciting part, that it's behind
them already. Fantasy love is much better than reality love."

Susannah Breslin: Well, Andy was a real joykill,
Matt, now wasn't he? The distinction I would make is that sex is
far more interesting to do than to watch. Andy's quote has depressed
me. Good thing that he never had kids. I would not like to imagine
his counsel to a son about to lose his virginity. "I want to
let you know, son, this is going to be incredibly disappointing
for you." Imagine trying to get it up in the face of that.

MB: I think being Andy Warhol's son, you would
have been pretty off-center by the time you hit puberty anyway,
what with all your transvestite babysitters constantly popping amphetamines
and plotting to kill your dad. In all of your research as a sex
writer, have you seen a lot of Andy Warhol movies? I can never find
them, anywhere, and yet I've had this (probably psychotic) curiosity
about them for a while.

MB: I was reading this book that came out in early
September by DJ Levien called Swagbelly -- it's about a
Jewish pornographer worth $100 million who struggles with his family
life and lack of respect in the community. And then last month Fox
came out with that Skin show about the compassionate rich
Jewish pornographer with a rebellious teenage daughter. So it's
a good time of year to be a rich Jewish pornographer with kids,
apparently. Anyway, I was thinking, you know, with the internet,
there is so much porn now, in everyday life. Even the most conservative
minded people can't check their email without a few subject lines
involving sex with animals and whatnot every day. So I've been wondering
about how pornography is going to be perceived in the future. Because,
really, it's everywhere already, and it seems to be just a matter
of time before the people who produce and act in pornographic movies
will be less stigmatized by society. Do you think that's possible
-- or do you think there will always be a puritanical view towards
these people in America?

MB: Kevin is definitely cool -- he's
written some for Identity Theory too.
Okay, well, we haven't talked about the death of the Reverse
Cowgirl Blog yet, and the RCB is important because it's surely
how a lot of people became familiar with your work. I'm very sad
about the extinction of the RCB because it means fewer hits for
Identity Theory, and also my letter to Comedy Central on your behalf
is no longer up on the web. How could you do this to me, Susannah?

MB: The main thing I miss about the RCB is your
digital photography
collection. Are you still taking lots of pictures? What else are
you working
on these days?

SB: Midgets are cool. One day, I hope to have
one as a pet. I will keep it
on a leash, and walk it every day, and feed it from a dish. We will
have the
best of times. Of this, I am sure.