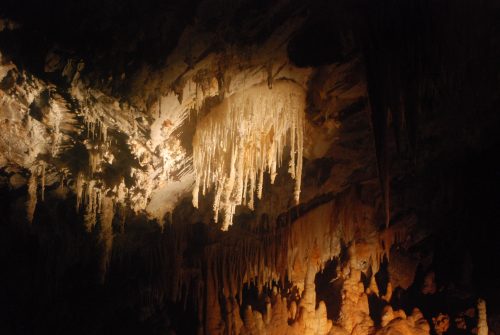 Photo by Laurenz Krabisch on Unsplash

My car was broken, waiting in the shop for a new ignition. My tooth was broken, its replacement waiting at the dentist’s office, ready to fill the vacancy in the back of my mouth. I was rolling my bike out of the garage when my phone rang. My brother’s name lit the screen, his uncanny knack for calling at a bad time. “Hey,” I said, the single-syllabled greeting we always use, no matter the occasion. But his hey was hollow, like a long, drawn-out sigh. The news I knew would someday come had come. My mother was dead. I had a dentist appointment in ten minutes.

I’d been living with half a molar for several weeks after the tooth, ultimately more filling than enamel, calved into three pieces, finally failing to hold together as one. When it happened, I was eating a tortilla chip, and spat out the corn and crumbled alloy, all gritty and metallic, drawing a ribbon of saliva into my hand. The surviving fragment hung steadfast from the back of my gum, a sharp stalactite against a sudden void. Its razored edge blistered my tongue and left me with a slight lisp, which startled me every time I spoke; it was me, but not quite me.

My brother and I divided the calls we each would make. Within hours I’d get on a plane and be gone for a couple of days, maybe a week, I wasn’t sure. Because of a mix-up at the lab, two months had passed since the tooth had disintegrated and its remnant left hanging. I leaned my bike against the porch. I sat down. I twisted my tongue through the space in the corner of my mouth. The first call I made after learning my mother had died was to my dentist.

“I need to reschedule because…” Dementia, hospice, palliative care—did I need to fill in the details? To explain that it was no problem coming in later that afternoon, the sooner the better really, because even though weeks before—as a stopgap measure—he had dulled the remaining edge with a tiny carbide bur, I didn’t know how much longer it would hold.

I booked a flight and organized by time zone the numbers I had to call. The first was to a close friend of my mother’s who, hearing my voice on the line asked, “Has she left us?”

When the dentist enters the exam room, he doesn’t say anything right away. He just fastens the bib around my neck and gets to work. He doesn’t use a numbing agent when affixing a crown, he tells me; he wants me to feel the surrogate tooth naturally and not bite it too hard. I lean back, hold my breath, and count the tiles on the ceiling. I don’t feel anything but the vinyl armrests sticky in my fists.

He pushes the crown into place to see how it fits. He slides a thin square of paper between the capped tooth and the tooth below it, and tells me to tap-tap-tap. He examines the paper, wiggles the crown to remove it, and makes an adjustment. He eases it back on. The procedure is utterly painless. I release my breath and inhale the acrid adhesive as he cements the successor to the fragment for good. He cures the fixative with a focused blast of light, which I can neither see nor feel.

I will ride my bike home. I will pick up my car and pack my suitcase. I will call my brother back. I will board a plane bound for a city without my mother in it. My tongue drifts to the back of my mouth, seeking its familiar vacuum, but is instead surprised to find that the new tooth, a facsimile made of porcelain fused to metal, is so smooth and so hard.

Cheryl Graham is a writer and artist living in Iowa City, Iowa. Her essays have appeared in the New York Times, Barren Magazine, Sierra Magazine, Essay Daily, and in the annual tournament of essays about songs, March Xness. She is a staff writer at PopMatters. Twitter: @FreeTransform