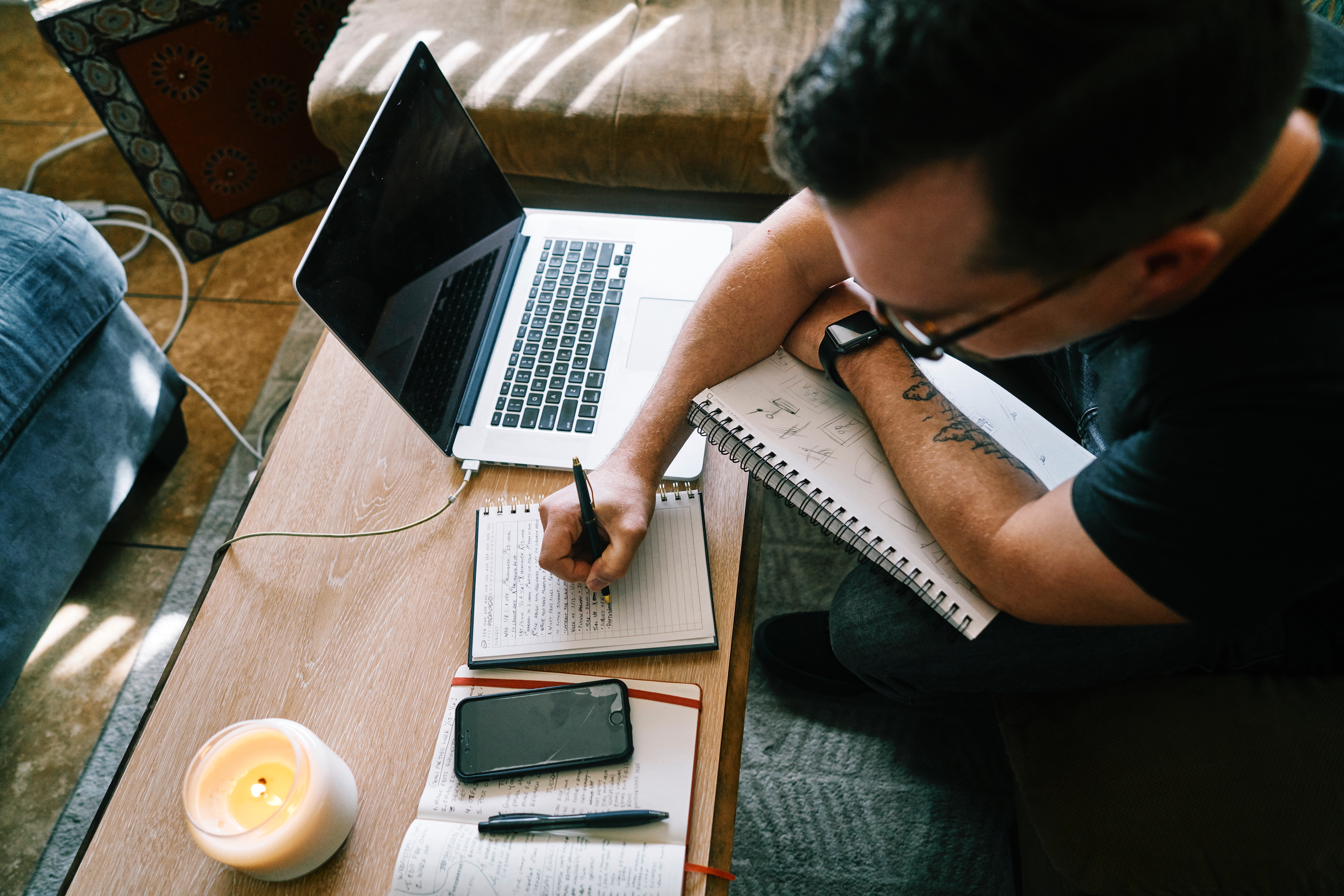 Stephen had been meaning to write more, but most days after work it just seemed a lot easier to watch re-runs of Pretty Little Liars on HBO Max until tired turned into drowsy and he could go to sleep. He had never watched the show before and was surprised at how hard it pushed him to root for the relationship between Aria and Fitz, even though Aria was a child and Fitz her English teacher. The characters were presented as star-crossed lovers!

He had an idea for a short story about a middle-schooler who gets the stigmata and is upset because no one will sit with him at lunch anymore. Beyond this foundational joke, however, Stephen was having trouble coming up with a plot, and staring at empty white space in Google Docs made him anxious. "I have to write something," he told himself, "even if it isn't this. I have to write every day."

Stephen was old enough that he no longer found it amusing to joke about the number of years by which he had outlived Jesus (and if Stephen ever tired of one of his own jokes, you could be sure he'd told it more than a handful of times). As a kid he had wondered how adults settled into the boring jobs they seemed to spend their whole lives doing, and now he was finding out the answer in extreme slow-motion.

The paycheck takes care of your internet, your beer, your HBO Max subscription…

He had another idea, this one for a play—a musical adaptation of the 1997 film Anaconda, starring Jennifer Lopez and Ice Cube. Stephen didn't know how to write a play and didn't know how to write music, but ignorance rarely dampened his enthusiasm, and this case was no exception. Later, however, when he couldn't think of a useful rhyme for "regurgitate its prey," he decided to table the project.

A literary magazine was seeking microfiction. Stephen had never written microfiction but thought he would give it a try, hoping it might be easier to write 500 not-terrible words than it was to write 5,000.

His initial efforts were:

An untalented artist is still an artist…

It occurred to Stephen, also, that by intentionally writing something bad, he could inoculate himself from criticism of his work. What would a negative review say—that the piece failed because it was too good? Structuring the story as a meta-narrative about its own creation, Stephen thought, might amplify this effect. This revelation, as comforting as the Nora Ephron movies he watched on HBO Max whenever he felt burned out on Pretty Little Liars, made him smile. He wondered how anyone ever found the courage to write anything in earnest.

Stephen was writing at his workplace, so it was no surprise when a colleague messaged him to ask whether he thought her LinkedIn photo made her look too uptight. He waited long enough to have plausibly looked and said no, then returned to his work-in-progress. So far, he had only written the first sentence of the new story. It read:

Stephen had been meaning to write more, but most days after work it just seemed a lot easier to watch re-runs of Pretty Little Liars on HBO Max until tired turned into drowsy and he could go to sleep.

Photo of man writing on computer by ConvertKit on Unsplash

Stephen Snowder lives in New York. He is the author of "New York, a Town That is Swell" (the best essay about New York City ever rejected by Harper's Magazine and later published by Roi Fainéant) and a forthcoming YA novel that will no doubt be regarded as one of the great contributions to the genre. Find him on Twitter and Instagram: @stephensnowder.