The good news is that one less of a precious endangered species, Avenue Victor Hugo bookstore, is not going the way of the dodo. The Johnson Paint Store, a little further up the avenue (Newbury Street), another neighborhood institution, will be renting out its commodious second floor to Vince McCaffrey, thereby providing life support to a valued destination in the peregrinations of local readers and book worshippers. The bad news—ah, the ying and the yang of it—Jody Malone’s House of Sara over in Cambridge’s Inman Square shutters permanently on Valentine's Day. Jody explained that she just wasn’t into running a bookstore in which she would get Internet orders from Beacon Hill. In other words, selling books on the web wasn’t why she opened a book store. So it goes…

John Dufresne recently alerted me to the newest edition of Gulfstream!ng, the literary magazine he co-edits at Florida International University. The Fall/Winter issue contains a short story by Boston homey Steve Almond and an interview with another Boston homey Dennis Lehane—who has yet another novel due out this spring—and some writing on writing by John and poems by editor/novelist/poet Jill Bialosky. I must say it’s a pleasure to get off the beaten track.

I recently sent out an e-missive with the following postscript:

Am I dreaming or did I really read that the Secretary of Defense observed that the fact that we couldn't find any evidence of weapons in Iraq was evidence that the weapons had been hidden?

I received this answer from Julio:

You Americans should try to stop this military threat. We, non-Americans, Europeans or else (sic), can do very little, or nothing. Maybe you can do something. But you should know that the rejection for this "preventive war" (Herodes style) here in Europe is almost unanimous. Bye, Julio Monteiro Martins

Don Julio is a correspondent of my recent acquaintance. He was born in Brazil and spent some time at Iowa City in the International Writing Program and teaching at Goddard College. He is currently living and teaching in Tuscany at the writing school he founded. I suppose this serves as his credo (and evidence that the maestro can write a cogent long sentence):

"The world needs stories. This need has never been so strong as today, especially because, in an era of enormous changes, some of which may be considered achievements, while of others we merely suffer the consequences, our stories must be able to tell of those things we no longer want, and if possible define those which we do want for our children, in an acceptable hypothesis of the future."

Julio Monteiro Martins is also the editor of what appears (as I have no Italian, I can only go by the table of contents) to be a nifty literary journal, Saragana. In fact, Julio was kind enough to alert me to the publication of the newest issue, #10.

As I received my new friend Julio’s anti-war message, the war drums were sounding loudly. And I am sensing the hoof beats of the other Horsemen of the Apocalypse: KRONOS, CASPIAN and METHOS. In preparation for these dark days, I did read Bob Woodward’s flight of fancy Bush at War. Now comes the anomalous David Frum (how else to see a Canadian Jew and speechwriter in the Bush 2.0 White House) with his insider view, The Right Man: The Surprise Presidency of George W. Bush (did no one sense any irony in the sub-title?) and Texanian Michel Lind with his insider-outsider view, Made in Texas: George W. Bush and the Southern Takeover of American Politics. This unexpected new required reading may put a dent into the progress I am making on my own memoir, Rat in the Cathedral, but then any excuse will do.

Checking around the literary press (there must be a more accurate designation) I am frightened by the fact that I seem to be reading the correct books:

On the other hand, It would seem that all the nice publicity people are doing their jobs well, not to mention that these books have been well worth reading. The damn trouble is that this required reading makes it harder to get to some enchanting looking books like:

And it may delay my annual rereading of either A Hundred Years of Solitude or Love In Time of Cholera. Maybe. 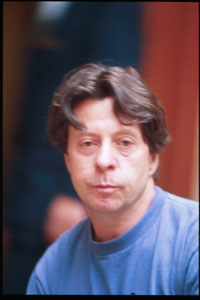