Today I was force-fed not one but two Pumpkin Spice Lattes, and no, I do not want to talk about it.

Good news is, that double dose of caffeine and liquid sugar will provide plenty of energy to take in the haul of new books out today, August 24th, 2021.

As the typical "new release day," Tuesday is an obvious time to write about the new and timely offerings in the world of books. So, now that Identity Theory is back in full swing, we’ll keep you up to date on the latest literary publications in this Tuesday blog-space.

I’ll weave the new book announcements into a weekly column about other zeitgeist items, too, since obsessively curating links to all the timely happenings in the world on a daily basis would require even more pumpkin spice and therefore is best left to our friends at The Morning News, the algorithms that power your social media feeds, and, I don’t know—Garrison Keillor?

On to today’s new books—and other notable links. 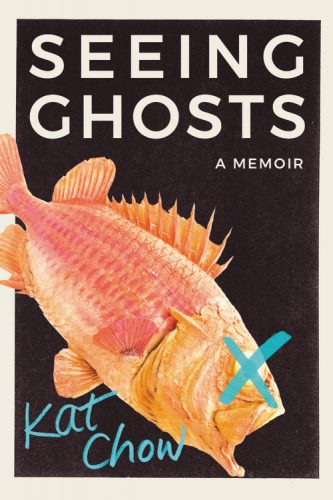 Kat Chow’s new memoir Seeing Ghosts (Grand Central) looks back at her family’s history in China, Hong Kong, Cuba, and the United States, including the events that followed the death of her mother when she was 13. Read/listen to this NPR clip: In 'Seeing Ghosts,' Kat Chow Relives Her Mom's Death And What Followed.

“The other day I was chatting with a friend who’s starting work on a memoir, and we got on the subject of how writers are expected to have a ‘platform’ in order to be taken seriously by some agents or publishers. That word is just so strange and disheartening, and a reminder of how this industry commodifies writers. If you don’t have X or Y, your work isn’t worth the risk, or it’s not seen as marketable. It means so many talented writers who don’t look or seem like the norm are overlooked.” 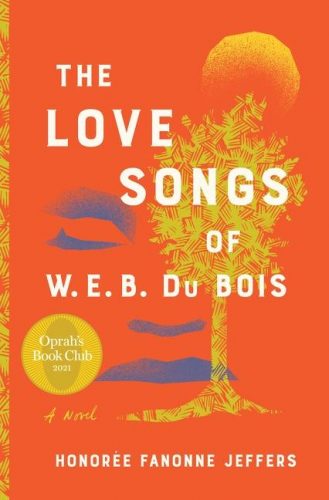 This debut novel by poet Honorée Fanonne Jeffers has Oprah’s attention: “I was so enraptured by the story of this modern Black family, and how author Honorée Fanonne Jeffers wove the larger fabric of historical trauma through the family’s silence through generations,” Oprah said when announcing The Love Songs of W.E.B. Du Bois as a pick for her book club.

If you can get behind Bezos’ spaceship-funding paywall, you may enjoy this review of Jeffers’ novel in The Washington Post.

The Guide by Peter Heller 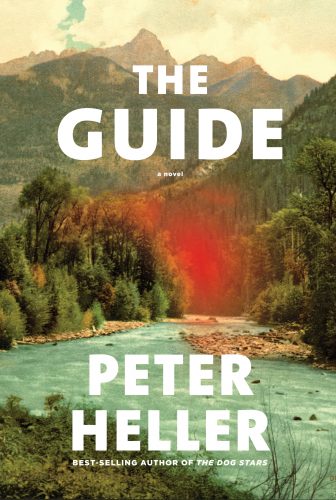 The Guide is a fishing novel.

For those of us who live in the desert, reading about fishing is about the same as reading about flying in a spaceship. (Which—hey, maybe if we put up a paywall like Bezos?)

“Fisherman’s noir isn’t a genre, but maybe it should be,” writes Kirkus Reviews.

If that's not enough for you, here's a more specific summary of Peter Heller's book from Knopf: “A young Colorado man discovers that the exclusive fishing lodge where he works as a guide for wealthy clients is really a cover for a sinister operation. Heller is the bestselling author of The River and The Dog Stars.”

If you’re a fan of past Identity Theory contributor/interviewee Nick Antosca, you may enjoy his new Netflix limited series Brand New Cherry Flavor.

Its “hallucinatory rabbit hole” should pair well with your post-COVID-vaccine fever dreams. Yet another reason to get the shot.

If you’re a fan of Matt Bell (not an Identity Theory contributor but our dog still likes him), his Tor essay on his year of reading Ursula K. Le Guin is worth a visit.

"What I’ve wondered ever since my year of reading Le Guin is: Can I do this too? Can I write the kind of novels—and invent the kinds of worlds—that will make possible not one story or one thought-experiment but many, making space for me to return as my ideas and beliefs evolve? What I see in Le Guin’s example, especially in the evolution of the Hainish and Earthsea Cycles and her subsequent writing about those universes, is one way to let the worlds I write live past the stories I know to tell in them now, so that I might return to find the stories I need to tell later, stories in which my own imperfect world becomes ever better, however slow and painful and insufficient that progress might be. This is one way in which a book or series of books might seek to become an ever more accurate model for the world we live, a world whose own imperfections cannot be ignored or unmade, only moved on from and improved upon."

Anyway, like that radio guy up north says, be well, do good work...or just go grab a coffee, read these new books, watch some Netflix, and get the shot (if you haven't already). That should be good enough.