A fun way to celebrate the achievements of writers every Tuesday is to search "happy pub day" on Twitter and discover the new books released that day and connect with the authors promoting their work.

Another way to find new books published every week is to read this little column highlighting notable book releases.

This week, we have new books from major award winners and a past Identity Theory interviewee. 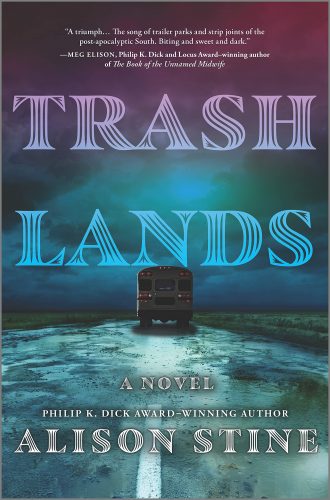 Alison Stine's Road Out of Winter won the 2021 Philip K. Dick Award. Her new novel, Trashlands, is set at "a strip club at the end of the world."

She described the book in The Village Witch (her Substack) like this:

"The main character, a young mother named Coral, lives in a school bus at the edge of a junkyard with her lover, a tattoo artist. Coral has always made art, strange sculptures from trash and plastic that she leaves in the woods—but she spends almost all of her time trying to make enough money, scavenging plastic from a river, to bring her son home.

But what I haven’t said in interviews is what I know now. I pulled from me too." 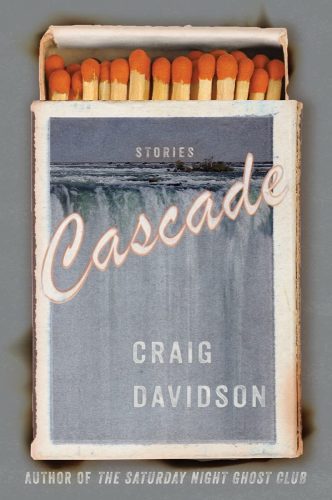 From the publisher, W.W. Norton:

"Set in the Niagara Falls of Craig Davidson’s imagination—known as 'Cataract City'—the superb stories of Cascade shine a shimmering light on this slightly seedy, slightly magical, slightly haunted place. The six gems in this collection each illuminate familial relationships in a singular way: A mother and her infant son fight to survive a car crash in a remote wintry landscape outside of town. Fraternal twins at a juvenile detention center reach a dangerous crisis point in their entwined lives. A pregnant social worker grapples with the prospect of parenthood as a custody case takes a dire turn. A hardboiled ex-firefighter goes after a serial arsonist with a flair for the theatrical even as his own troubled sister is drawn toward the flames." 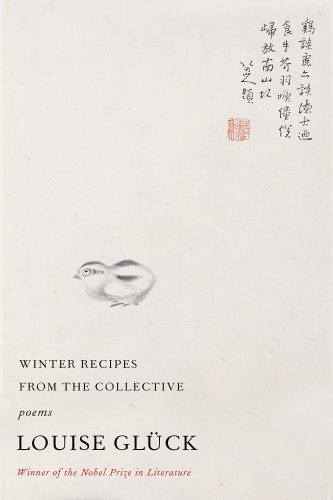 Winter Recipes from the Collective by Louise Glück

Louise Glück has won the Pulitzer, the Nobel, and the National Book Award but does not have a college degree. Winter Recipes from the Collective is the former Poet Laureate's 13th book of poems.

From the publisher, Macmillan:

"Winter Recipes from the Collective is chamber music, an invitation into that privileged realm small enough for the individual instrument to make itself heard, dolente, its line sustained, carried, and then taken up by the next instrument, spirited, animoso, while at the same time being large enough to contain a whole lifetime, the inconceivable gifts and losses of old age, the little princesses rattling in the back of a car, an abandoned passport, the ingredients of an invigorating winter sandwich, a sister’s death, the joyful presence of the sun, its brightness measured by the darkness it casts." 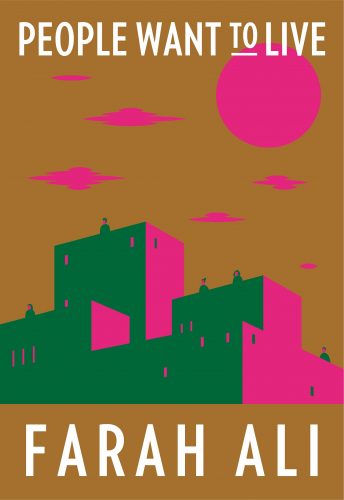 People Want to Live is the debut short story collection from Farah Ali, winner of the 2020 Pushcart Prize. It was published by McSweeney's.

From Chicago Review of Books:

"[A] transporting collection of thirteen stories, mostly set in her native Pakistan. She captures with stunning precision and tenderness the lives of people on the brink, struggling against both wider political forces and their own human frailties. At a time when our own sense of the world can feel like it’s shrinking, Ali shows that much more connects us than we might think."

Identity Theory contributor Colin Dodds has released a literary iPhone/iPad app called Forget This Good Thing I Just Said. I don't have an iPhone or a functioning iPad, so I don't have a review for you, but its users are all giving it 5 stars.

I was thinking about Giano Cromley's book The Last Good Halloween because it's Halloween week, and I thought it'd be fun if people sent in short true stories about their "last good Halloween." We'd then mail copies of Giano's book to the best contributions. To participate, you can send a story to me at editor@identitytheory.com with the subject "The Last Good Halloween" or use our Submittable page. (If it's a really short story, you can Tweet it to us at @identitytheory, perhaps using the hashtag #LastGoodHalloween.) Deadline is the end of Oct. 28th for newsletter inclusion or the end of Oct. 29th to be posted on our blog or other web/social space. 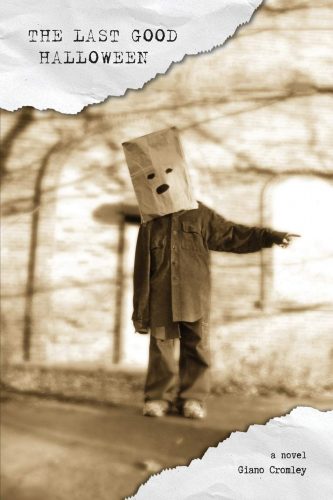 Identity Theory participates in the Amazon Associates Program (I know, I know, but we do it because every other book affiliate program we’ve tried over the past two decades has failed to last, leading to broken links throughout our site). When you buy products through the Amazon.com links on this site, Identity Theory may rake in a tiny commission, which helps us send donuts to writers in need (of donuts).