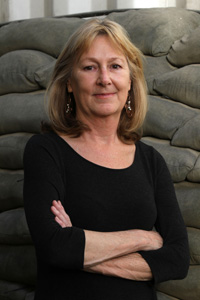 Masha Hamilton is the author of five novels: 31 Hours, Staircase of a Thousand Steps, The Distance Between Us, The Camel Bookmobile, and most recently What Changes Everything (Unbridled Books, 2013). She has also founded two world literacy projects: the Camel Book Drive and the Afghan Women's Writing Project. She recently served sixteen months as Director of Communications and Public Diplomacy at the US Embassy in Afghanistan and now works as Communications Director for Concern Worldwide in New York.

For every digital copy of What Changes Everything sold, your publisher Unbridled Books is gifting $1 to your nonprofit Afghan Women's Writing Project. What is the AWWP and how did you come to start it?

The Afghan Women’s Writing Project pairs Afghan women with published authors in the United States for online writing classes in three secure classrooms and then publishes the writing on awwproject.org. The idea developed after I saw a videotape smuggled out of Afghanistan in 1999 that showed the execution of Zarmeena, a mother of seven, killed by the Taliban in Kabul’s Ghazni Stadium in front of a crowd for allegedly murdering her husband.

Watching the videotape of Zarmeena kneeling on the soccer stadium and then being shot repeatedly was heart-stopping. Without knowing any particulars, I wondered if in fact her act hadn’t been criminal, but instead one of enormous courage. I was determined to find out about her.

But few details were available, and this made me realize not only were Afghan women hidden beneath burqas, but their stories were silenced. After many years as a journalist, I had come to believe that telling one’s own story is as important to a certain kind of survival as food and shelter. In response, I began to learn what I could about Afghanistan, reading books and articles, attending lectures. This interest led to my visits to Afghanistan and, in May 2009, the founding of AWWP. 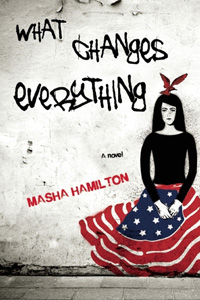 A graffiti artist plays a prominent role in your novel. Have you ever done graffiti? What would your graffiti tag be?

Danil is a street artist, and as I discovered while working on the book, there is a big difference between graffiti writers and street artists—both in style and in motivation. Graffiti writers often don’t think all that highly of street artists, I found (too commercialized, too artsy for their taste; street artists are more mainstream while graffiti writers are sub-culture). Danil does “sign” his work, though not all street artists do; the style and content of their work often becomes recognizable (consider, for example, Bansky or Swoon, to mention two who are well-known.) Graffiti writers often chose their tags based on how certain letters look together visually, or which letters they like to write, and usually tags are short, so you can throw them up and get away before police come. One graffiti tag I like is by a writer referred to as “the Booker,” who writes “Read” or “Read More” or “Read Up” or similar. Because my novels explore the tension between hope and horror, maybe that would be my tag: Hope 4 Horror, switching it around with Horror 4 Hope, or one large H as the first letter of both Hope and Horror. I would want a partner, so we could look out for each other, and so one could write Hope while the other wrote Horror, on a rotating basis. Did I overthink this one, or what?

You include a real-life character, Mohammad Najibullah, in your story. What were the challenges involved in inserting him into the story? How did you research him and what were your goals for his character?

I knew I wanted Najibullah to be part of this story because he was a larger-than-life and a complex character, just as many Afghans are. I thought, from a story-telling standpoint, that the ending to his portion of the story would add texture and a dual nature to the novel’s conclusion. I also wanted to include him because so many Afghans in Kabul remember him well. They remember his manner and his speeches and they recall, on September 27, 1996, seeing his tortured body hanging from a Kabul traffic light. I still wasn’t sure he would fit into my story, but when Amin appeared, elbowing his way into the draft, I saw the links clearly.

I managed through the Internet to connect with one of his daughters and exchange a couple emails, which helped me write the letters. I also asked Afghans about him whenever I had the chance. History is tightly interwoven with the present in Afghanistan. I met a number of men who had been boys at that time and recalled riding their bicycle to see him in death. “It was a horrible sight. That’s when I understood the Taliban were not our saviors; they were just brutal,” one told me.

What appeals to you about letter writing in fiction?

I liked using the technique with Stela because it was her way of reaching out beyond her immediate circle in her search for comprehension, and one of the themes the novel explores is how war connects us in the most unexpected of ways. I own a bed and breakfast in Brooklyn, and I’ve just returned from 16 months working in Afghanistan as Director of Communications at the US Embassy. Over breakfast two mornings ago, I started talking with some people from West Virginia whose son had served in Iraq and is now living in Brooklyn. Immediately we—strangers of different backgrounds and political beliefs—were in a space of shared language. Many people are quiet about the impact of war on their daily lives because it is unpopular and often unwelcome in the public consciousness, but for them individually, it dances right below the surface, and has changed their lives. Stela doesn’t run a B&B; she runs a used bookstore in Ohio. So writing letters was her way of trying to break through the boundary of space to find answers.

If I want to read accurate, detailed news stories about Afghanistan on the Internet while drinking my morning coffee, where should I go?

I like Al Jazeera and Global Post and the New York Times and BBC World Service. But for the most accurate, nuanced stories about Afghanistan, I’d advocate fiction.