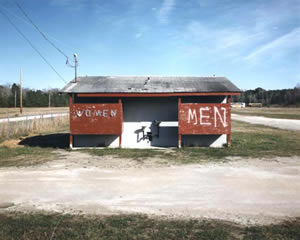 "Viewed apart, my photographs can be seen as a somewhat random sampling of the contemporary American landscape," Huddleston said. Viewed together, as in his series, Killing Ground, Huddleston's images of the current state of Civil War battle sites juxtaposed alongside images of those sites during and after battle, ask the viewer to contemplate the historical through the lens of the modern, and vice versa.

Huddleston answered 10 questions for Identity Theory, ranging from his sentiments on former Civil war sites that now house shopping centers to the artists with whom he'd most like to share a cold beer.

What prompted you to revisit and photograph the sites of Civil War battles and incidences for Killing Ground?

The impetus for this project came from living near Civil War battlefields and experiencing their beauty and power from an early age. My father's military knowledge and presence (from a career in the army) brought substance to the events that took place on those fields. I felt excitement, chaos, pain. I felt respect for the sacrifice and heroism of the soldiers, and I felt the fear of having life itself so removed from one's control. These emotions coexisted with the serenity and physical beauty of the land.

What technical considerations did you employ in photographing the images?

I used a large wooden camera (8" x 10" film size) similar to those used by the photographers of the Civil War. The resultant method of working was slow and deliberate, with time for the photograph to be shaped by thought. 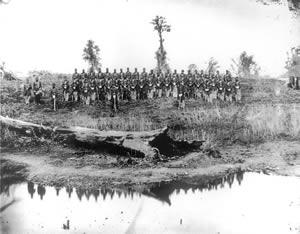 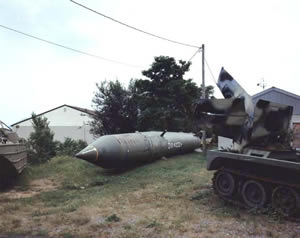 What was your reaction to photographing the site of a battle that is now either a Kmart or a mini-mall?

When I was in my early twenties, I revisited Asheville, North Carolina, where I had lived in my early teens. As I walked over ground I had once played on, memories I had thought were long gone flooded back. Are there not also cultural, shared memories that can be evoked by touching the same land where our ancestors had significant experiences? If that land is fundamentally altered, is the memory dimmed? Civil War battlefields are touchstones for memory. They contain traces of great struggle, commitment, and suffering. The land sparks a shared memory of human conflict and suffering. We cannot afford to lose these markers.

As a culture with pronounced respect for military endeavor, the expedient treatment of these battlefields does not bode well for other land that has no claim to the special status of "sacred ground."

In addition to the paired images, the series also include portraits, engravings and medical photographs. How important was creating context in presenting this work?

Very important. The historical images included are extraordinary documents of the events, societies, and mythologies of the war. Their acute, distilled observations maintain a sense of urgency even today. We measure ourselves, and society, through comparison with other epochs.

A society sustaining a war effort seeks to control or eliminate the imagery of its own dead and wounded. Soldiers are portrayed as brave and cheerful, the systems of supply as efficient, victory as inevitable. In pictorial and verbal descriptions, the deaths of soldiers are made palatable by emphasizing glory: they died heroically confronting the enemy, defending the homeland. War is described as destiny, a part of the natural order. The other side is responsible for the horrors.

Civil War photographers were certainly aware of these parameters, and because of patriotism or for profit many cooperated. Some photographers, such as Alexander Gardner and Timothy O'Sullivan, were overwhelmed by the actualities of the war and operated on the original premise that to show what they saw would give people a better understanding of the realities of this and other wars. Their belief is still a hope of many war photographers today. Pictures of the dead and wounded are rarely silent, and despite attempts to set them in a political context, they ask, Was it worth it? Was there no other way? 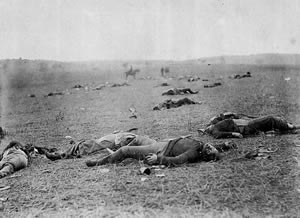 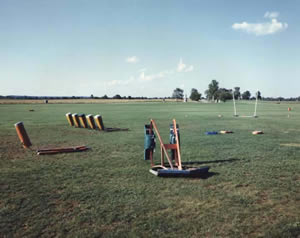 Some may label your work as "rephotography." Why is this a good or bad categorization?

Very few of the diptyches are rephotographic in that precise sense of duplicating the view of an earlier photograph. I wanted to be free in responding to the modern landscape and its meanings.

In coupling the historical photographs with my own images, I sought wide-ranging connections of culture, politics, economics, and environment. If these conceptual links are supported by formal relationship, all the better. Emotional and physical ties in the pairings were also important.

The pairings of photographs and their interchange, however, need not exclude independent readings of either the historical or the modern image. Both of these separate sets of photographs were made by searching for the traces of war. The Civil War photographers were obviously much closer in time to the action of the battle, but with few exceptions they photographed the battlefields after the fact of the killing. They, too, searched for visual material, after the action, to examine what had happened. With their proximity in time, they produced dynamic photographs of immediate consequences. With my distance in time, I have made photographs more concerned with the long-term results.

The Civil War images inform my photographs to a great extent. They are eloquent testimony of the participants and the events. They shade the modern picture with a complex but specific historic context. Viewed apart, my photographs can be seen as a somewhat random sampling of the state of the contemporary American landscape. Where the armies or companies of soldiers happened to meet to kill each other depended on such a wide assortment of factors, including chance, that I could have been throwing darts into maps to determine where I would photograph. We often view landscapes within an implicit context of geological evolution and time. The landscapes of today and the Civil War add the crucial modern context of human use.

The current conditions of the battlefields embody our dispositions towards the environment. Indicative of the entire country, these attitudes stretch from total disregard to real appreciation of natural systems. I found the widespread dispersion of garbage to be incredible. Styrofoam cups, hamburger containers, and packing peanuts are literally everywhere. Some battlefields have even more serious forms of pollution. Others have simply been leveled to create more space for shopping.

My photographs inform the reading of the Civil War photographs also. The modern pictures may be seen as consequences of, and reflections upon, the acts of the Civil War soldiers. Today we may stand on a battlefield and imagine what happened and its effects, just as some Northern and Southern soldiers may have stood on the same ground, before or after the fighting, and wondered how they were affecting the future. This was, after all, an intention in going to war: to shape history, to extend their side's version of manifest destiny.

The feedback I find most gratifying is the connections people make with the diptyches to reflect upon our current situation. Many viewers have remarked on the contemporary meaning of Killing Ground.

More odd is a tendency toward nostalgia and romance that take hold of some viewers despite my efforts to the contrary. 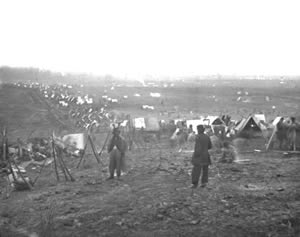 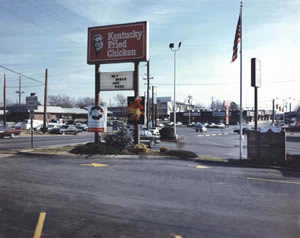 A book of photographs--Healing Ground--on the landscape of Vermont farming. Under economic and social pressures, agriculture here has changed often and in significant ways, but the family farm still remains, tenuous, under siege. The photographs record agricultural cycles of life and death, seasonal transformations of farm fields, and the borders with woods, swamps, and residential developments. The beauty of productive land is primary, but abandoned apple orchards, farm pollutants, and the continual spread of housing are significant parts of the work. The book will be out within a year, published by the Center for American Places and Columbia College.

I am also working on two other series of photographs: The Northern Forest, a counterpoint to the small farm landscapes and Anima Mexicana, a look at religious influences, past and present, on the Mexican spirit.

I try to draw my art and ideas from everyday life. The Civil War battlefields are places of high drama, but I have attempted to make my photographs low-key to relate to the more mundane. I hope this attitude opens the images to a wider thinking. 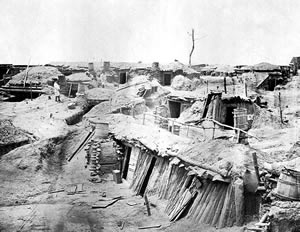 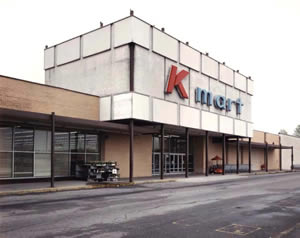 If you could have breakfast with one artist, who would it be and where would you take him or her?

The work, discipline and unprejudiced vision of photographers Robert Adams and William Eggleston mean a great deal to me. Having a beer with them in the local bar (probably not for breakfast) would be nice.

Have you ever made an artistic pilgrimage? If so, where did you go and why?

Not to be flippant, or too low-rent, but every time I walk out with the camera feels like a pilgrimage in terms of what I attempt to cultivate in my person--quiet, open, attentive. The grander sort of trips I have made, to the Guggenheim in Bilbao, for instance, are usually less important artistically, and much more rare. I’m not so smart--I need several pilgrimages a week. 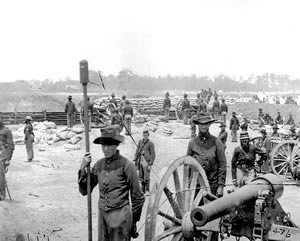 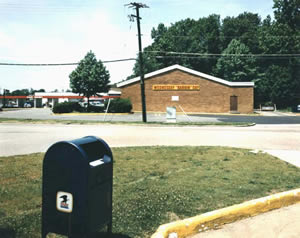