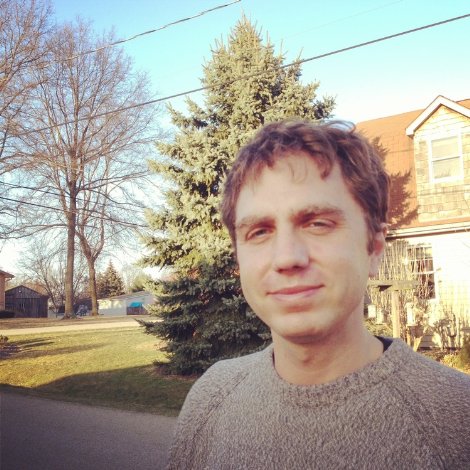 Noah Cicero is the author of several novels, including The Human War (2003), The Condemned (2006), Burning Babies (2006), Treatise (2008), The Insurgent (2010), Best Behavior (2011), and most recently Go to Work and Do Your Job. Care for Your Children. Pay Your Bills. Obey the Law. Buy Products. (2013). His stories have appeared in many journals, including Identity Theory (read "Waiting for Coffee"). A native of Youngstown, Ohio, he now lives in Portland, Oregon, where he may or may not be snowed in on a mountain.

Literature changes the way you perceive reality, it gives multiple meanings to every situation. If you just read one book, say the Bible or Koran, or if you just watch sitcom television, your reality is very limited, you have very few ways to interpret situations. But I believe if you read a lot, your mind learns the ability to play different games or see different options in every situation that non-readers might not see. The funniest moments I’ve had with literature, have been not understanding a book, but then like five years later entering into a new experience and then it hits you, “Oh, that was what the author was talking about.” The delayed epiphanies are the best.

The Elephant Vanishes by Murakami.

A professor told me when I was 20 that I needed to make concrete images. That I needed to focus on language that lacked abstractions, something the reader could create in their own minds. This, for me, has always been interesting, because there is a duality in creating an image every author must contend with, especially when someone reads it from a foreign country. For example, my first novel The Human War had people living in a trailer park. In Ohio there are very nice trailer parks and very shitty ones, but it doesn’t mean you are terribly poor, which I think a lot of Americans know. But some people in England imagined Pikeys living in caravans, and had a completely different image of my characters.

Which author do you re­read most frequently?

To be honest, Jack Kerouac’s On The Road. But I don’t think I read it for its writing, because I don’t think my style resembles his, I view it as my personal bible or work of philosophy. I’ve traveled to 40 states and crisscrossed America over 10 times in a car, and been to five other countries. Traveling to me and living an isolated kind of dreamy life, is very relevant to me. And it is almost like I read it, to remind myself of who I am and what made me start writing in the first place.

"Something is taking its course" from Beckett’s Endgame.

I wake up, shower, dress, go to the local coffee shop and buy a large coffee. Then I go home and write till the coffee is done, which takes an hour an half to two hours. I usually can write five pages in that time. Which adds up over the course of several months. I usually only write in the morning.

I like to listen to long songs with little focus on the lyrics, so I don’t have to flip to YouTube a lot and the words don’t interrupt my thoughts. My playlist probably sounds really uncool: Achilles Last Stand by Led Zeppelin. Master of Puppets, Orion, One by Metallica. Shine On You Crazy Diamond by Pink Floyd.

I think running with the bulls thing in Spain, so I could pretend I was in The Sun Also Rises. 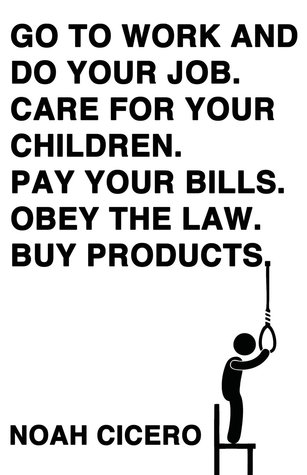 Facebook is good to sell books and keep fans updated. But on a personal IRL level, no, it fucks up my life. Here are some reasons, I think most people who have some micro internet fame can agree with:

1. You post something about your book or an article you like: people from the lit world get into a small debate about it, which is cool, then somebody you went to high school with who you never interact with comments something about ‘jews’ destroying America. So you have to patrol that.

3. Your break up with someone, and even if you defriend them, all their friends are now your friend, and they tag your ex, and omg. Currently, I’m in the middle of the Oregon forest, and I still can’t get out of Ohio.

4. People on a weekly basis ask me to read their novels or blurb their books. I don't sell more than a thousand copies a year, I can't help anyone.

Amazon is the only thing that saves me.

That all Republican males are secretly homosexual.

"Binoculars" pronounced with a British accent.