Having impacted the music scene in two consecutive decades, at the helm of both Red House Painters and Sun Kil Moon, Mark Kozelek is a rare specimen. Further, his musical presence has extended to film (most memorably, his acting turn in Almost Famous

), and his own label, Caldo Verde Records, on which the latest Sun Kil Moon album, April

, was released this month. Luckily for us, Kozelek's newfound autonomy has put him in the position to make available his archives of unreleased material, and reprint his lyrics in a hardcover book (Nights of Passed Over

). With a dozen albums under his belt, April

lives up to the beauty and longing that one can expect from Kozelek, enhanced further by the contributions of guest artists like Will Oldham and Ben Gibbard.

Your voice is a pretty undeniable instrument. I am curious if you have always considered yourself a singer, who then learned music to accompany it. Or if you started out as a songwriter or guitarist, and then learned you had this voice?

I started out as a guitarist. It wasn't until my late teens that I decided to sing. I wanted to express myself in a broader way than the guitar could allow me to.

So, speaking of the new album, April

: I smiled when your voice quivers in the very first sentence of the album, which also happens on the very opening track on Ghosts of the Great Highway... It's like you're warming up for the album or something... was this intentional in any way?

I guess I'm not aware that the voice is wavering so much. I meant for it too sound more confident than it comes off. But I'm glad you smiled.

I love when Will Oldham's voice joins yours in the choruses of "Unlit Hallway"--one of several harmonies on the album. Has his music been an influence on you? How did you select which songs would be collaborations with other vocalists?

I just hear things as I go along, like a painter changes colors, or a screenwriter gets an idea and changes directions. People think that when an artist makes a record, there's a set plan, or direction they're on. But accidents happen in the studio, you get ideas, things unravel and start to shape in ways you had no idea were going to happen. I had no plan for Will to be on the record, but I just heard his voice in the chorus of "Unlit Hallway" at some point, and knew it would be right.

There is a strong sense of place on this album. The names of streets, cities, rivers, specific rooms, and general places like the sky. Do you feel that 'place' was a conscious muse for this album?

Yes, especially here. San Francisco has been a lot of inspiration for me, for the last 20 years. There are a lot of memories here. I've been through a lot, seen a lot in this city. But yes, overall--environment inspires me. It's the background of a lot of my songs.

I am curious if you have a different attitude when working with your own material, compared to the covers albums you have released. Do you feel more reverence for the material one way or the other, are you more of a perfectionist, etc.?

I feel connected to both covers and originals. My friend said to me the other day, "I didn't realize 'All Mixed Up' was a cover." I forget sometimes, too. When I'm singing a cover, it's not on my mind that it's someone else's song. Especially songs like that, ones I've been playing for years.

Can you talk a little about the music that you grew up listening to? And what current music you're into at the moment?

I'm pretty shut off to music these days. I wasn't before it became my way of living. But somehow, this decade, I'm not tuned into music anymore. I'm not seeking it out or going to see bands much. Maybe it's because of my age. You tend to lose interest in standing around bars when you're 41. But there is just so much music going on now that it all cancels itself out for me. Or maybe it's just that 90% of what I hear doesn't sound good to me anymore. I don't know. I think I'm just too far removed from how things work now. I see bands when I'm on tour, listen to music when I'm in someone's car, or on the stereo now and then, have signed a few bands I like. But overall, I'm disconnected. The last thing I heard that I liked is the Eddie Vedder soundtrack for Into the Wild. Beautiful.

As far as what I listened to as a kid--Neil Young, Led Zeppelin, Yes. There were about five bands to like then. There was rock (Black Sabbath), and soft rock (James Taylor). You heard Carly Simon on TV commercials, not The Shins or Magnetic Fields.

Do you feel that there have been significant shifts in popular music and the music business in the last 2 decades that served as a more supportive environment for the art you're making--either for Red House Painters in the '90s, or currently for Sun Kil Moon?

Well, the environment is vastly different. In 1992, when Down Colorful Hill

came out, you have to remember, there was no email, no websites, no cell phones, no internet, nothing. You played guitar or drums, and that's what you did. But slowly since then, record stores have closed, and the clusterfuck of the digital age and internet have arisen, so you're forced to deal with the homework that comes with that, to some extent or another. I've found a balance that works for me, have people who help me with it. But I prefer the way things worked back then. Your record being released had a suspense to it, and that is severely diminished. Now people hear it a month ahead of schedule, while they're bored at work. Another download, some more text to scroll past on the iPod. It's just not interesting times for music. There are more sides to how I feel about it--the pros and cons of now and then--but we'd have to dedicate an entire interview to it. 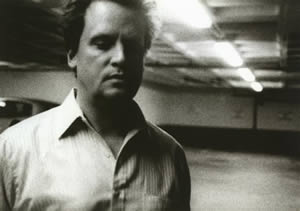 I am interested in your philosophy behind starting a project (Sun Kil Moon) without the crutch of either of the names that had come to bring you recognition and popularity (Red House Painters and Mark Kozelek). Can you talk a little about the benefits and the setbacks of this choice?

In regards to your experiences acting in films, you have said in past interviews that you are eager to take on a role less like your real persona, the artist with a guitar around his neck. I am curious, in regards to songwriting, do you ever feel that you have stepped far out of your own experience? Do the majority of your songs tell the story of your own life? Do you ever write from the perspective of, say, a literary character or someone entirely fictional?

Not really. Sometimes I write in the voice of someone who I believe is trying to get through to me, sometimes. But I never really understood that Nick Cave style of "I am a murderer on this album" kind of thing. It's just not me. I'd rather just cover someone else's song.

There has been a particular aesthetic and palette that has been featured on the majority of your album artwork, from Red House to Sun Kil Moon... (primarily the work of Nyree Watts). I am curious about the visual artists who inspire you, and if you are a painter or photographer yourself?

No, I don't own a camera. I had a few disposable ones in the past.

The album closer, "Blue Orchids," is deceptively sweet, but it's heartbreaking to listen to. It has the nostalgic power of Red House Painters songs like "Summer Dress" and "Katy Song." You are able to sum up a person and a time with one image that carries all this weight ("She comes by every morning, brings back pink and pale blue orchids"). I want to say "return to form" or something, but that sounds negative in a way... when I'm trying to say that you're a genius... Do you feel that you recaptured or revisited any themes or philosophies on this album?

I'm not sure, really. I'm drawing a blank. It's late. But you definitely have been listening to the record. Thank you! And thank you for the genius comment! It made my night.