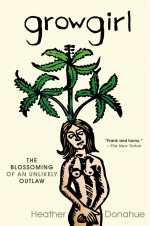 At the age of 34, Heather Donahue meditated for a few days, then burnt the remains of her acting career, which included starring in The Blair Witch Project and the Steven Spielberg miniseries Taken, to begin a more organic life growing medical marijuana with her new boyfriend in Northern California.

Growgirl: The Blossoming of an Unlikely Outlaw is Heather's very funny memoir of finding her way in the hippie pot-growing community and inventing a more enlightened, post-Hollywood identity out of smoke and ashes.

In her interview with Identity Theory, the writer formerly known as The Girl from The Blair Witch Project talks about ideal marijuana legislation, misunderstandings about pot farmers, and the future of her writing career.

Mike Doughty said in our 2006 interview, "I’d like to get weed recognized as a drug that people can become seriously addicted to and wreck their lives with. I don’t judge drugs—I stopped doing ’em, but I love ’em. But this nonsense that weed is some kind of light non-drug is pure fiction; a major problem in our society." What is your response to that?

Just because something is powerful, doesn't mean we need to take it away from people. From children, sure, but not from the grownup among us. I don't think that anybody is suggesting that cannabis isn't a powerful plant, it clearly is. That's why there's all this political and economic hubbub around it. It's like the Force, Luke. You can use it in a lot of ways, but that doesn't mean people shouldn't have the opportunity to choose responsibly. Free, right? That's the best of our national brand. America: Home of the Babysat. Just doesn't have the same ring.

In the year-plus since Growgirl was released, major transformations occurred in the marijuana policies of several states. Going forward, what does the ideal pot policy look like at the state level?

It doesn't really matter all that much what happens at the state level until there's a Federal change. However, I think Colorado is on the right track. Let legalization happen, let there be enough regulation to protect the consumer. Let's make sure there aren't pesticides in there that trump the medicinal value of cannabis, but let's also allow people to grow their own. That's what legalization means. You can grow your own, freely. That is absolutely not what they're getting in Washington State. The policy that they're working on estimates 3 tons of weed produced a year. They will be awarding (and I use that word deliberately) 200 grower permits. That's like handing a golden ticket to the highest (sorry) political bidder. Ick. It won't go like that in California. The industry here is too big and folks are finally starting to unite to protect their livelihoods. I think true criminality in the Cannabusiness would be taking it away from the people who built it. Not the cartels--like any big business they can and will and do diversify. I'm talking about the family grower, the single mom, the artist, the musician, the writer, the small town whose economy depends on everyone having their little slice of the pie. Cannabis is the only high-value commodity whose resulting wealth is distributed at the mom-and-pop level. It provided opportunities for entrepreneurship during the crash of '08 and beyond, especially where I live in Nor Cal. I think the small grower and dispensary entrepreneurs should be considered in any legalization discussion.

What's the most common misconception people have about pot farming?

A character in a novel I just finished reading invents a program that eradicates all online mentions of famous people who want to be anonymous again. Would you have used such a service to start over after leaving Hollywood at 34 if it were possible?

It would be really tempting, but it would also be disingenuous. I am all of these stories, made up of all of these events. The stories I tell myself about those events and how they shape me, even those are fluid. "I am not I" and all of that, because to say "I" is to assume some kind of solidity. Writing Growgirl made me think a lot about that. The rather more diaphanous off-the-page story that I tell myself about myself constantly challenges me to reinterpret my relationship to big, internet-permanent events like Blair Witch, and without that challenge I would be a lesser person. I'm always changing, always growing up and out of what's come before. Blair Witch repeats on me constantly, like cucumbers or chili, all the better to make peace with it.

Growgirl was your first book, and you're still quite young. Do you plan to continue to work mostly in personal nonfiction, or are you going to transition to other forms of writing?

Your dog Vito was one of my favorite characters in Growgirl. How's he doing now?

He is the planet's finest creature. Intelligent, mellow, with uncanny comedic timing. He's five now. He does a lot of this: 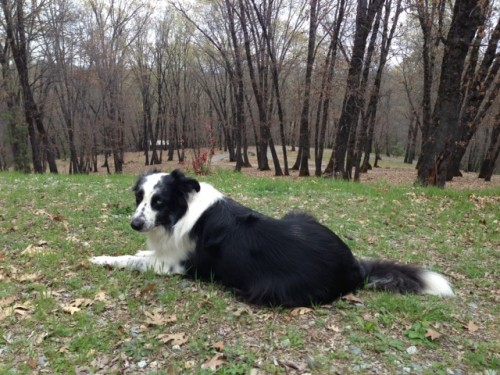 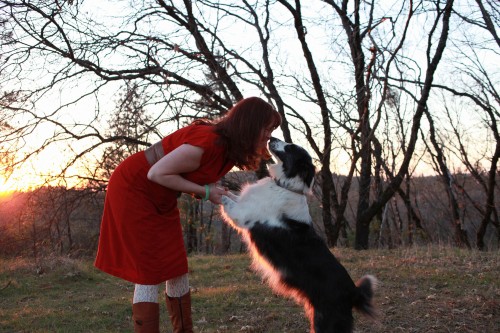