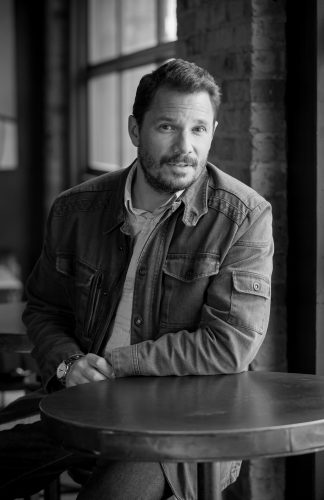 Gargoyle Magazine editor Richard Peabody said of Cromley's new collection: "Giano Cromley's powerful stories feature blue collar characters who make mistakes, race blindly toward disaster, and frequently plunge over the rim into darkness. These are the folks Tom Waits and Lucinda Williams capture in their songs. Survival in the aftermath is the key."

Giano Cromley studied at Dartmouth College and the University of Montana MFA program. He lives in Chicago.

I teach literature at a community college on the south side of Chicago, so I'm lucky enough to see literature change people's lives every day. I think the way it can most significantly impact people is through the way it forces us to flex our empathy muscles. Life in the age of the smart phone doesn't often require us to really share much with other people. Yet in my literature classes, I'm able to get my students to think about what life was like for nineteenth century Russians, early twentieth century southerners, and a Native American shortly after 9/11 -- all in the span of a single semester. I get to see how they change as the semester goes along, how they'll hold their judgments longer, consider viewpoints that differ from their own, and even change their minds after a spirited classroom discussion. Everyone should be forced to take more literature courses. The world would be a better place.

In my experience advice comes in two basic varieties. The first one is totally practical, just plug it in and start using it. The other type is more theoretical; you have to really think about it before you can apply it. So I'll give the best piece of writing advice I've gotten from both schools of thought.

Practical first: Never have your characters answer each other's questions in dialogue. Reading people answering questions is boring and unrevealing. Far more interesting is to have people respond to questions in oblique or surprising ways that wind up telling the reader a lot more about the characters than a straight answer would have.

Here's an example. A character asks: "What time is it?"

The straightforward answer: "Twelve thirty." Which doesn't reveal much about anything.

Instead, why not play that conversation something like this:

"I haven't slept in eighteen hours."

This doesn't answer the question, but the speaker inadvertently revealed a lot more about herself than she would have otherwise. Good fiction doesn't mirror real life; it amplifies it.

Okay, now the theoretical advice: You have to be willing to walk right up to the line that divides emotion and melodrama. It's a risk, because if you cross it, you've strayed into saccharine territory and you've likely lost the reader. But if you never get close to that line you'll never have characters that people really care about.

I reread Richard Ford at least once a year. I'll usually stick with something from his Bascombe series, though anything of his is worth picking up for me. The great thing about Richard Ford's writing is that he doesn't pull any tricks. There are no verbal pyrotechnics, no flowery sentences that drag on forever. Yet every page has something where you shake your head and ask, How the hell did he do that? It's like a literary battery charge for me. The rhythms of his sentences just tend to fill me back up and make it seem possible to get back to writing my own words and sentences.

I'd love to say I can write any time and anywhere, but my routine is laborious and intensive, bordering on byzantine. This stems from a natural tendency to procrastinate -- the lengthier the ritual I have to go through the more I can delay having to actually create something. I like to have a good chunk of time set aside -- at least two to three hours. I'll usually light some incense or a candle. I'll fill up my fountain pen (I write all my first drafts long-hand) and carefully select my music for the day. I also have a special desk in my office that's too small for a computer to fit on so I have as few distractions as possible once I'm finally sitting down to do battle with the empty page.

House cleaning, cooking, dog-walking. Over the past year and a half I've been rehabbing a hundred-year-old house on the South Side of Chicago, so that's provided many, many hours of procrastination. I'm very creative when it comes to putting off what I know I should be doing.

How do you decide when to be done with a written work?

I'm not sure a piece of writing is ever really done. While editing this collection of short stories, some of which I wrote years ago and edited the stuffing out of and published in respectable journals, I found many, many lines that made me sit back and wonder what the hell I'd been thinking when I wrote them. I'm sure the first time I sit down and read this newly edited collection, I'll find a lot of lines that make me squirm.

I always listen to music when I write. It has to be instrumental, though, since lyrics tend to jam me up when I'm trying to come up with my own words. Often I'll go with classical, Mahler or Bach or Liszt. When I know I'm close to finishing a big draft, I'll put on Beethoven's Ninth because everyone should have a triumphant-ending soundtrack they like to hear when they're finishing something important. Over the last couple years, I've drifted to more modern instrumental music -- something I think they call post-rock. Explosions in the Sky is great! I really like City of the Sun, Mattia Cupelli and Max Richter. One band I kept listening to over and over while working on this collection was band called This Will Destroy You, which I found to be a perfect match for these stories. 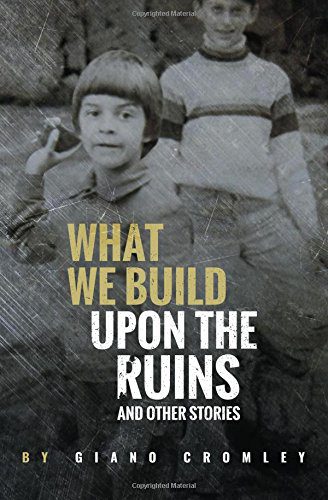 Any bookstore that has my books on its shelves. Because my books have come out on an indie press, I don't often get to see my books just randomly stocked on shelves, so this it's a pretty selective group of bookstores. I know this answer probably makes me seem like a narcissistic asshole, but any writer who tells you otherwise is lying.

Pssst... that writer there, I heard he rescues stray dogs and helps old ladies across the street all the time.

I worked for several years in Washington DC as a deputy press secretary for a senator from Montana. On any given day, I could find myself writing about agriculture policy, health policy, or environmental reform. I had to support positions I didn't personally hold. And I had to do it quickly, communicating complex ideas in a way that the average person could understand. Every day was like a crash course in how to be a better writer. I also had to learn a lot of keyboarding tricks to help speed up the drafting process. Those tricks have helped save me months of my life over the years as I've edited my own writing.

I used to chew tobacco when I wrote. I did it for several years out of college. It helped me focus on what I was writing. Probably a lot like Ritalin for someone who suffers from ADHD. When I finally stopped several years ago, I was a little bit at sea. I seriously wondered if I'd ever be able to write again. But over time I realized it was a crutch, and the argument could be made that my writing has gotten better since I quit. Sometimes I'll chew a toothpick just to have something to do with myself.

I'm inherently biased against long books. More than 400 pages and it better be a really good goddamn book. I know this is a terrible bias, especially since many of my favorite books are longer than 400 pages. Still, at this point in my life, asking me to get through something that long seems like a real imposition.

I have to say my editor's newest book, Island of Clouds, is really, really good. Jerry Brennan's writing is like a Philip Glass symphony in that it starts with a simple motif that gets repeated and slowly added onto and it ripples outward, until you reach a point where each little change to the original motif takes on huge importance, with profound implications on the piece as a whole. I heartily recommend it.