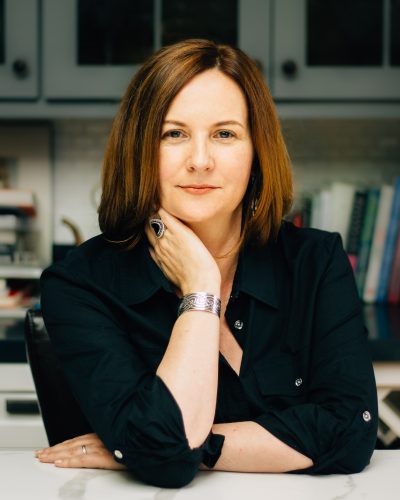 Ethel Rohan is the author of In the Event of Contact (2021), winner of the Dzanc Books Short Story Collection Prize. Her debut novel The Weight of Him was an Amazon, Bustle, KOBO, and San Francisco Chronicle Best Book, and was shortlisted for the Reading Women Award. Rohan is also the author of the story collections Goodnight Nobody and Cut Through the Bone. Her work has appeared in The New York Times, World Literature Today, The Washington Post, PEN America, The Irish Times, Tin House, and Guernica. From Dublin, Ireland, she lives in San Francisco.

Matt Borondy: We published one of your short stories in 2009, and your first book appears to have been published in 2010. When did you start to get serious about writing? How do you recall the early days of seeking publication?

Ethel Rohan: Identity Theory was one of my first publishing credits and I remain deeply grateful. And that’s correct, my debut Cut Through the Bone, a collection of 30 short-short stories, published in 2010 with Dark Sky Books, a small indie press led by Kevin Murphy that is sadly long defunct.

Earning an MFA in fiction in 2004 marked my ‘getting serious’ about writing. An MFA isn’t necessary for the writer and writing, but for me it was a pivotal turning point away from the grind of corporate America and toward honoring my passion for all things Lit.

The early days of seeking publication involved a lot of rejection, particularly from print literary magazines, which further fueled the self-doubt and angst that typically torment emerging writers (and beyond). The dam/damn cleared somewhat with acceptances from online literary magazines. Those first publishing credits led to more, placing my stories in front of a growing readership and introducing me to various wonderful online lit communities of the time like Fictionaut and Zoetrope: All Story.

The same intentions that buoyed me back then continue to bolster me today: Do my best work, word by revised word, and don’t give up.

Your future is rich with dreamed-of opportunities, possibilities, and accomplishments. It’s also rife with disappointment, pain, difficulties, gnarliness, and grief. Nevertheless, you go on, despite, because.

In a brutal-beautiful world, you bear witness, care down to your nerve endings, corral the light, and ease the dark. You also fail and f*ck up, again and again. It’s okay. It’s all par for the arena.

Throughout, you don’t let anyone, anything, turn you bitter. You keep your heart open, and as full as possible as often as possible. You learn dreams denied can be withstood, and might just be dreams deferred. You learn dreams realized don’t deliver the expected heights and lengths, and as a wise result you yearn much, much less and live in the present—in trust and surrender—much, much more. You stay the woeful, wondrous course.

My advice, if I could go back to you: Ethel, be optimistic, and take a wrecking ball to your guardwalls. Play, and believe, and joy on and on and on.

MB: Tell us everything you want to tell us about your new book, In the Event of Contact. What story from the book do you most wish for people to read? What story was the hardest to write?

ER: The fourteen stories are largely set in my native Ireland and center on the necessity, absence, and trespass of contact in various forms. The collection spans the 1980’s through to 2012 and portrays a wide range of characters and premises, all of which share the theme of overcoming trauma. I think, hope, the stories have the potential (to borrow from Banksy) to disturb the comfortable and comfort the disturbed.

I have several favorite stories in this collection. If I have to choose one, I most wish for people to read “Rare, But Not Impossible.” It’s perhaps most representative of who I am now as a writer, and woman. I’m a survivor of childhood and partner abuse and “Blue Hot,” which centers those themes and experiences, was the hardest story to write. 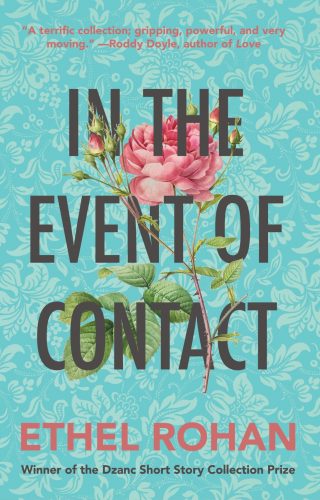 MB: How has your approach to the short story form changed in the past 12 years?

ER: 12 years ago, I wrote a lot of flash fiction, and while I continue to love and read the form, including flash nonfiction, I rarely write flash now. I’m most interested in characters and relationships and find I prefer longer narrative arcs that allow me the space and scope to delve deeper into both–such as the short story, and in particular novel and screenwriting.

I do worry for the future of print literary magazines, but remain hopeful of readers’ loyalty and benefactors’ support to keep them afloat in these ever-challenging fiscal and competitive times.

MB: Do you have a preference between writing short stories and writing novels?

ER: I’m pleased with and proud of In the Event of Contact, but its publication feels like somewhat of a departure, or at least a hiatus. All of my recent writing and imaginings, including two hot-off-the-home-printer manuscripts, are the novel. I’ve always found writing the short story challenging and feel more at home within the novel and its world building. I love the lengths and depths the novel affords me with regard to setting, character, motivation, and everything else involved in telling a long, winding story.

MB: When you think about improving as a writer, what processes or goals or practices come to mind? What do you find to be most beneficial to your development as a writer?

ER: Practice and reading improve writing, as does self-care and nourishing the mind, body, and spirit. Classes, retreats, and writing groups can also be enormously beneficial. I consider myself a forever student, always learning, always with room to do better. Great authors and books are the best mentors.

MB: How do you know when a story you’ve written is finished?

ER: There’s a mysterious knowingness to “finished” that I believe is unique to each writer. For me, it’s when the story arrives at a certain necessary, satisfying rhythm (similar to the build, climax, and denouement of classical music), and when I know I can’t do any more with the story to make it better.

MB: You live in San Francisco but appear to have strong ties to Ireland. Do you perceive a difference in how your writing is received in Ireland vs. in the US?

ER: I’m an Irish expat and have lived in San Francisco for almost thirty years. Thus my readership and literary community are larger in the US, and I’ve enjoyed much more ‘success’ in America versus Ireland. That said, I remain closely connected to my Irish family, circle of friends, and many fellow writers, and consider myself most fortunate because of the terrific support, all things considered, that my writing receives in both Ireland and America.

MB: From your social feeds, it looked like you were experiencing distribution issues with your latest book. Have those been resolved? What should writers and book buyers expect regarding distribution right now?

ER: There were no distribution issues within the U.S., thankfully, but there were within Ireland and the UK because of staff shortages and bureaucracy relating to Brexit and the Covid-19 pandemic. Distribution issues for books and across the board persist for much of the same reasons, although the issue now globally is less about lockdowns and border complications and much more about low wages.

Also, we’ve lost 5 million people and counting globally to Covid-19 and all too few are acknowledging the searing void and collective grief and trauma such staggering losses leave in their wake, while all too many are using the current distribution, worker shortages, and low wage crises as political scapegoating. Of course because of the ongoing horrific human tolls it isn’t business as usual, as much as capitalism and propaganda demand it be so.

MB: Did the COVID pause inspire you to re-evaluate your life in any major way? How do you anticipate your writing and other life goals will evolve over the next decade?

ER: At the risk of sounding maudlin, the pandemic, the whole ugliness of America, and the world, in recent years, has broken something inside me. I feel angry, burnt out, less healthy, and much older, and I’m terribly disillusioned with humanity.

The above might seem at odds with my letter of advice to 2009 me, but we’re all full of contradictions; optimism and pessimism aren’t mutually exclusive; and giving and living one’s own advice are two different things.

I also know the brave, the brilliant, the beautiful, the helpers, and the noble are still among us, but whoosh there’s a lot of the worst of humanity flourishing, too. Cue the existential crisis. The pandemic has made me restless. Made me ever more conscious of my—to quote Mary Oliver—“one wild and precious life.” I want a kinder, better, fairer, funner, vitaler world for all of us—yes, I again disfigured some words. I want to have more energy, more peace, more love. I want the hate and horror to stop. I want us to save the planet, and ourselves.

Over the next decade, I anticipate my writing and other life goals to include seeing my work on the screen, be it TV and/or film, and much more travel, self-care, money, and risks—like come on, leap already, leap as far and high as I can, for as long as I can.