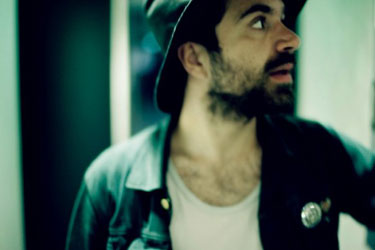 . Predominantly the project of Jannis Noya Makrigiannis, but joined in his recordings and on stage by an onslaught of other musicians, the songs expertly shift from folk to pop to orchestral music. In possession of a beautiful Nordic sensibility and elegantly nostalgic songwriting, COYB has been awarded the Danish Grammy for "Best New Act," and will be touring the United States in the fall.

What were the events that led up to the creation of this new project?

I had been playing guitar in another band for a couple of years and had not been writing my own songs for a long time, so when the old band broke up I really felt like doing something on my own. No compromises and no discussions, just me me me!! I think total democracy in bands can sometimes be a bad thing musically.

Which of the album's tracks was the first one that you wrote as Choir of Young Believers?

How important is place for you in terms of inspiration; what do you think your time spent in Samos brought out in your music?

Of course isolation is always good when you want to keep focus and submerge yourself into something, and in that way living on Samos in a tiny mountain village really kick-started COYB in a very intense way. I never wrote that many songs that fast before in my life, and I had a lot of time on my own to think about music. So when I moved back to Denmark, I was very sure of what I wanted to do with the band and with music in general.

What is your starting point when you write a song -- do the lyrics or melody or instrumentation usually come first?

It always starts with a melody.

Can you talk a little about the title of the album and where it came from?

Just like our band name and the music, it's not something I try to describe. I just think it sounds good and makes sense in some weird way. But the title is taken from the song "Why Must it Always Be This Way," from the album.

What is your approach to recording? What do you like to record with, and how many passes do you usually do of each performance?

We are not a studio band, and we have always recorded really fast and have never really recorded more than one version of each song. But, then again, we've only recorded an EP and an album, so it's all pretty new and can change, of course.

There are so many genres and eras of music represented on your album. Did you tackle each song as a completely separate piece, or are there specific relationships between the songs that link them?

Once again, it's not something we thought that much about, it just happened. For example, when we started recording the album, no one except me had heard 6 out of the 10 songs, so the band and the producers had no time to prepare anything. I just played them the songs, we arranged them and recorded it, and that was it...

I really appreciate the pacing and space of "Hollow Talk"--it reminds me of the kind of subtlety that Talk Talk had. Is the album arrangement of the song the way that you always envisioned it, or was there a lot of editing and restraint involved?

"Hollow Talk" is a bit special cuz it wasn't actually supposed to be on the record. I liked it a lot, but it was very new and not ready to be recorded at all. But Anders Rhedin (the producer) heard me play it and thought we should try to finish it together so it could make the record, and so we did. "Hollow Talk" is the only song we finished writing in the studio; the rest of the songs more or less ended up like I imagined they would.

Are you already at work on a new COYB album? Do you have any specific philosophies going into it?

, and I just started introducing some of the new songs to the band. It's all so new still, so it's hard for me to tell what has changed with the new songs, but they feel different (I just don't know how).

What other art forms, besides music, inspire you as a songwriter?

Is girls an art form?

I wouldn't usually fall all over an artist, but I really think this is one of the most gorgeous releases of the year. The clever lyrics in "Claustrophobia"... the nostalgic melodies in "Next Summer"... the deadly catchy choruses in "Action/Reaction"... Do you have a favorite moment on the album, or something that fell into place the most effortlessly?

"Under the Moon" is very special to me, and quite often it still gives me the chills when we play it.

What was the first album that you ever loved, and what is the last one that you fell in love with?

I remember as a kid putting on my mother's Purple Rain record and listening to it for hours with my eyes closed and headphones on. Which I still do--now I just have my own copy.

Last year I discovered The Byrds' Sweetheart of the Rodeo. I have been a big Gram Parsons fan for a while and really like his solo stuff, and The Flying Burrito Brothers, but this record is just perfect. I love the harmonies and the weird mix of melancholy and happy-go-lucky feel most of these songs have got.