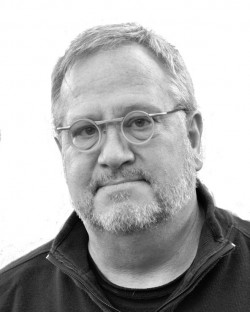 Dinty W. Moore is the author of several books, including Crafting the Personal Essay: A Guide for Writing and Publishing Creative Nonfiction, The Accidental Buddhist, Between Panic & Desire, and most recently The Mindful Writer: Noble Truths of the Writing Life. He also serves as director of the Creative Writing program at Ohio University and editor of Brevity: A Journal of Concise Literary Nonfiction.

In the interview below, Moore talks about writing as a tool for developing compassion, the importance of manual labor for creativity, why authors shouldn't use drugs, and what it means to be a "mindful writer."

Can you think of a better word for mindfulness?

Some have called it "being in the moment" or "being aware in the moment." Another way to think of it, and actually this may be a better point of entry, even though it comes at it from the other end, is “being undistracted,” or at least “being as undistracted as possible.” We live in a world that encourages us to watch television while we eat, listen to the radio (or worse) while we drive, worry about work when we are playing with our children, and think about problems in our relationships while we are at work. Mindfulness is being in the moment, focusing on the task at hand, experiencing the pleasure of the food, or the conversation, or the warm afternoon sun. It means experiencing the negative, as well – not always deflecting and distracting experience.

Dainin Katagiri Roshi told the writer Natalie Goldberg, "Writing and Zen are parallel paths, but not the same." What do you think about that statement?

Zen resists definition, so any question like this one is difficult, but one aspect of Zen, surely, is to sit with your mind long enough that the chatter dies down and some truth is able to penetrate and be understood. (There’s a simple definition of enlightenment, by the way.) Well, a writer does the same thing. We don’t necessarily sit quietly on a cushion for eight hours daily to make it happen -- we make it happen by pushing sentences, words, ideas, images, around on a page -- but still, we are trying to cut through the chatter, to recognize what is true, authentic. So there is the parallel.

How can writing help a person develop compassion?

In fiction, we inhabit other people, our characters, and try to understand their circumstances, understand how they struggle and how even well-meaning people can bollox things and end up in a messy situation. In nonfiction, we do the same, except the characters we inhabit are real people, often our families, or our friends. The act of trying to deeply understand what concerns others, what motivates them, where they shine, and where they stumble, and to recognize that their behavior is not directed at you, but is rather their own struggle, makes compassion rise naturally. All art forms, generally, give rise to compassion, because the artist is committed to understanding just how complex the human condition can be, not trying to reduce it to a yes or no, right or wrong, failed or succeeded.

I recently watched a documentary about D.T. Suzuki in which he said, "Zen denies everything we do, everything we say, everything we write. But at the same time, Zen writes, Zen speaks, Zen acts." What did he mean?

I have no idea. Really. But I’ll guess, if you’d like.

Zen focuses very much on the illusion of reality, on the chimera of the phenomenological world – form is emptiness, emptiness is form. Yet knowing that our perception is suspect, that a daydream may be every bit as real as what we think of a “real life,” we do still get up in the morning and have breakfast, we chop wood and carry water, we open Zen centers and teach the concepts to others. Maybe that is what Suzuki was saying, but you’ll have to ask him if you ever get the chance.

Some people associate Zen states of mind with the visions that come from taking LSD, mushrooms, etc. What do you think about writers seeking inspiration from hallucinogenic drugs?

I’m skeptical of authors using LSD or mushrooms for insight, yet I have to recognize that it has worked for some artists, even some inventors and scientists. It is a risky move, though. I have seen lives destroyed by drugs and hallucinogens. Booze is an especially bad place to go as a writer. Not that writers can’t have a drink at the end of the day like other poor souls, but don’t combine the two. One doesn’t help the other. 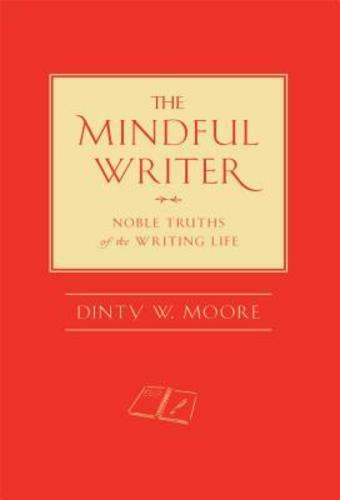 Can you think of any way that meditation may harm one's writing?

No, except that serious meditation takes time, and writing takes time. But if you can combine them without producing anxiety and conflict, I think you are better off in both endeavors.

Manual labor is a significant part of the monastic life. Can working hard at writing serve the same meditative function as working with one's hands?

I’ll take that a step further, or perhaps twist it a bit, and say that manual labor isn’t just significant for monastics. Manual labor is balm for the writer. Nothing frees me as a writer, charges my batteries, fills my tank, better than three hours of yanking weeds, digging holes, pruning plants, or mending fences. We weren’t designed to sit in front of a computer screen for eight hours a day thinking deep thoughts, and both body and mind rebel when that is all that they are given. But does working hard at writing also serve as monastic labor: if done in an engaged and mindful fashion, I’d be inclined to say yes. Of course, why are you asking me? I’m neither a Buddhist teacher or a monastic. I’m just a regular schlub of a guy trying to make sense of Buddhism and live a better life.