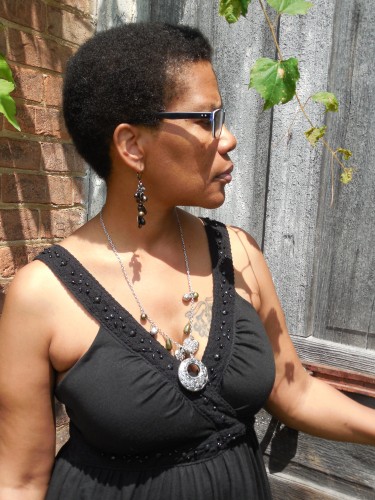 Angela Jackson-Brown is a writer and poet who teaches Creative Writing and English at Ball State University in Muncie, IN. She is a graduate of Troy State University, Auburn University and Spalding University. Her work has appeared in literary journals such as: Pet Milk, Uptown Mosaic Magazine, New Southerner Literary Magazine, The Louisville Review, Muscadine Lines: A Southern Journal, Blue Lake Review, Identity Theory, Toe Good Poetry, and 94 Creations. Her short story, “Something in the Wash,” was awarded the 2009 fiction prize by New Southerner Literary Magazine and was nominated for a Pushcart Prize in Fiction. Her debut novel, Drinking from a Bitter Cup, was published by WiDo Publishing January 7, 2014. Angela is currently working on her second novel.

Drinking from a Bitter Cup starts in Louisville, Kentucky and then shifts, by loss of the main character Sylvia’s mother, to Ozark, Alabama. How did you decide on where this story would start and how each place would shape Sylvia’s identity?

So often as writers, our first instinct is to write about some far off distant place that we know nothing about because we think where we came from is not interesting enough. Sadly, that was me for many years, until I realized the writing I loved the best was from writers like Alice Walker and Toni Morrison who wrote about the familiar. So setting my novel in Ozark, AL and Louisville, KY made the most sense to me because I grew up in one and I lived my best life in the other and I knew I wanted the same to be true for Sylvia. I wanted to show that home, as in a location, can constitute safety and love for some people, which it did for Sylvia.

This novel is a moving account of how the issues of race, class and gender intersect, as seen through the innocent eyes of the fifteen-year-old female narrator. Could you talk about how you first started to conceive of the book in relation to point of view?

When I first started writing Drinking from a Bitter Cup, I wrote it in third person. My writing mentor, Kenny L. Cook, who was one of the first to read my novel in its infancy stage, suggested two things. First, he said I should think about writing the novel from the POV of the young protagonist, Sylvia, and second he suggested I figure out how old she is when she tells her story. Once I did those two things, the story came to life. It would not have been the same story if I had kept the narration in third person or if I had made Sylvia older. There is a rawness in the story because of the young age of the narrator that would have been lost if, say, thirty year old Sylvia had told the story.

This novel largely seems to be about survival. If we borrowed Didion’s dictum, “We tell ourselves stories in order to live,” what story or stories is Sylvia, a girl who has lost her mother at the age of ten, telling herself to stay alive?

When I wrote this story, part of my goal was to “untell” my own story of abuse and hurt. I wanted to write a fictional story that would show a young girl who has been to hell and back, yet, she is not broken. She has battle scars, but she is still intact. Because many of us have grown up believing in a fairytale ending, we often get blindsided when the fairytale goes awry. I knew my young heroine needed to understand early on that happily ever after is impossible, but happy right now is possible for us all. Because she believes strongly in that mindset, she is able to endure whatever life throws at her. 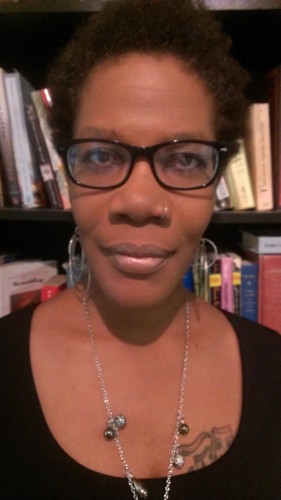 As an avid reader, Sylvia reads a wide range of books that influence her view of the world. By the same token, what books do you see as helping you to shape this novel?

To be honest, I endowed upon Sylvia my own love of books and the books that bring her strength are also the books that did the same for me. When I was in the third grade, my teacher, Mrs. Kennedy, gave me the book, I Know Why The Caged Bird Sings. Up until that moment when I turned over the book cover and saw a black face like mine, it never dawned on me that black people wrote books. I mean, all I ever knew were books for and about white people. I read Little House on The Prairie, the Nancy Drew series, and a whole host of other books for and about young, white girls and boys, and I became scarred by the “absence of me” in those books. At some point in my young life, I accepted the fact that people like me did not exist “between the margins.” But Maya Angelou and her book set me free from that mindset, because her Stamps, Arkansa was my Ariton, Alabama. Her rural south, black people were my rural south, black people. So, I stopped writing in secret and I recommitted myself to my secret dream of becoming a writer. I knew if Maya Angelou could do it, then just maybe, I could too.

This book, with a great deal of finesse, makes one question our definition of family. At one point, Sylvia makes a comparison to The Waltons, a television show based on a large white, nuclear family, as representing a real family. If this story was set in today’s environment, do you think Sylvia’s definition of family would be more inclusive?

Well, let’s see. I haven’t really thought about Sylvia beyond the age of fifteen. As I said in another interview, Sylvia stopped talking to me. By that I mean, I no longer felt like this restless spirit was pushing and prodding me to tell her truth. So, it is not easy for me to place her in a contemporary setting, but my best guess is, Sylvia, would continue to define her family as those people who she feels the greatest love for and from. She would not feel as if blood ties define family, so for her, family could just as easily be the elderly grandmother figure down the street who sends her a hot plate when she’s hungry as well as the homeless guy by the street corner who waves at her as she heads to the grocery story. For Sylvia, family creates itself.

As a poet and writer, your storytelling often seems effortless. Is poetry and novel writing as equally gratifying to you or do you find one more laborious?

For me, poetry feeds my prose. The two are so intrinsically connected, it is difficult for me to write a story without thinking about how the language can become more lyrical in nature. Novel writing is more laborious for me because I have a short attention span when it comes to writing the first draft. I have the idea in my head and I just want it to appear on the page. Now revision – revision is my favorite part of writing. During the revision process, I can linger there forever. I like seeing the characters become multi-dimensional. I love seeing the landscape of the piece become rich and full.

Not every novel has a lesson to be learned or a moral to take away. However, if you were pressed to suggest such a thing, is there a particular theme or element of the novel you hope readers will give more thought to?

My character, Sylvia, says: “I don’t believe in happily ever after, but I do believe in happy right now.” For me, that is the “theme” or “moral to the story.” This young protagonist goes through a lot – both mentally and physically. But somehow, she has figured out how to live in the moment. So, if readers don’t take anything else from the novel, I hope they take that. 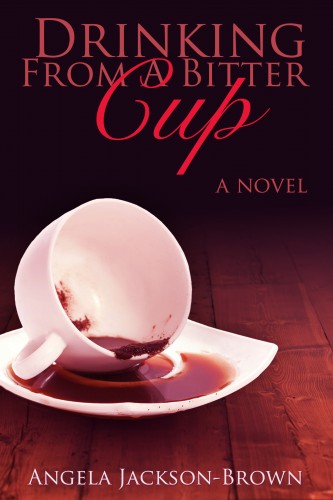 This book, I think, has the ability to give readers hope in humanity, a sense of equilibrium in what can be a crazy time. When Angela Jackson-Brown isn’t penning stories, what does she take comfort in?

Teaching. I love being a teacher. I love it when I see a look in the eye of a student who finally “gets it.” Whatever it is. I love it when a student tells me at the beginning of the semester “I hate English” or “I hate writing” and then, by the end of the semester, that same student says, “English isn’t so bad” or “I want to be a writer someday.” Some people go their entire life without know what their calling is. I have been blessed to find out that one of mine is teaching and sharing what I know with others.

Finally, similar to my character, Sylvia, I try to take comfort in the moment. Right now, I am working on my second novel, but I am trying to tell myself, “Don’t miss out on enjoying this moment, Angela.” There will never be another first novel, so I don’t want to spend so much time stressing over the second or third or tenth novel, that I lose out on celebrating this time in my life. Carpe Diem.

1 thought on “Interview: Angela Jackson-Brown, Author of <em>Drinking from a Bitter Cup</em>”