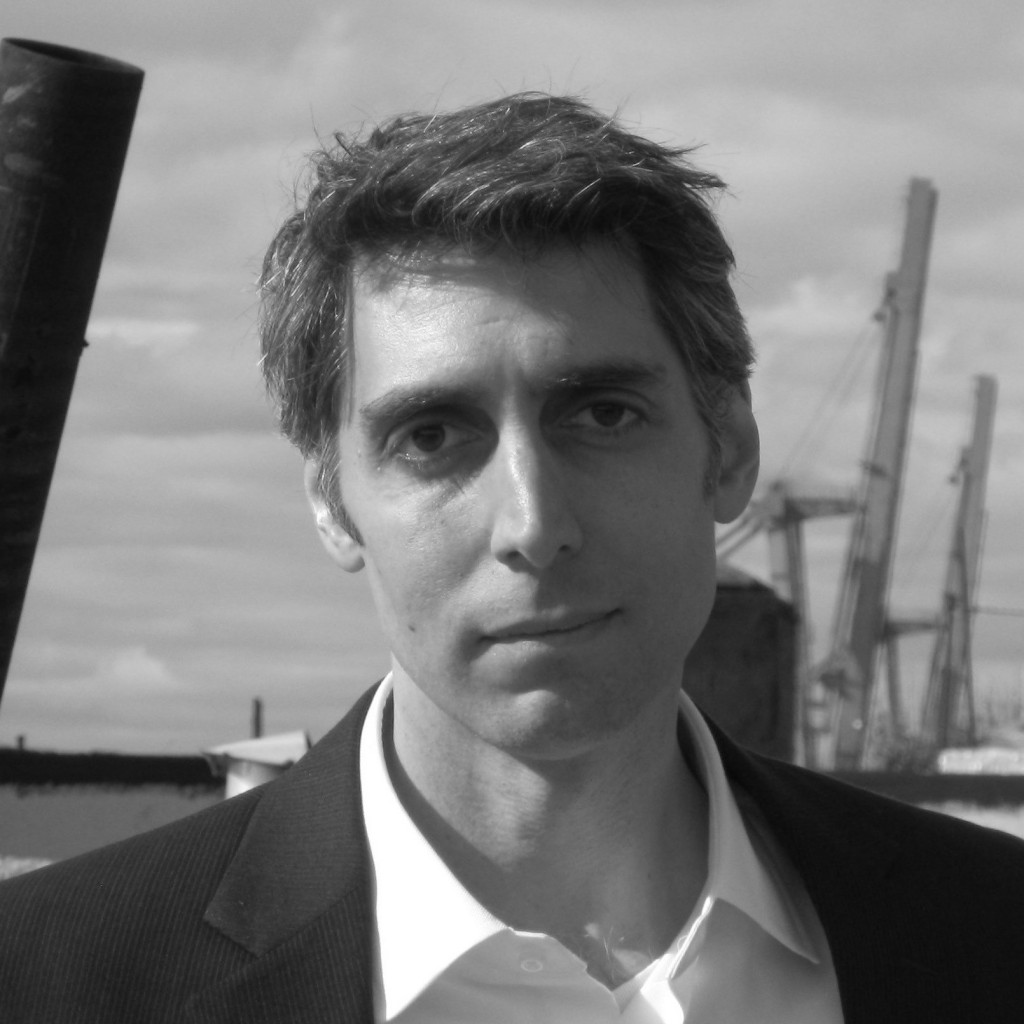 Alex Shakar is the author of City in Love -- a short-story collection published in 1996 that re-engineered the transformation myths of Ovid's Metamorphoses -- and of The Savage Girl, a novel that portrayed marketing trend-spotting as a form of transcendental quest. The Savage Girl was released in 2001, just after 9/11.

Ten years on, in 2011, Alex's novel Luminarium was released to wide acclaim. The hero is Fred Brounian, co-founder with his twin brother, George, of a software company devoted to creating utopian virtual worlds. As the story begins, George is in a coma, and the company the twins co-founded has been been taken over by a military contracting conglomerate, Armation. The novel starts with Fred participating in a neurological study: the crushworthy Mira Egghart fits Fred with a “God helmet,” an apparatus reportedly capable of inducing altered state or spiritual “peak” experiences through weak fluctuating magnetic fields. This apparatus will enable Fred to have out-of-body experiences that transform his understanding of his place in the world.

Imagine you are immersed in a virtual reality simulation -- the same product owned by the corporation Armation in Luminarium -- and your avatar has to pass through what you describe in that book as a "virtual Iraqi checkpoint." The checkpoint guard resembles Mira Egghart and to get past her, you have to answer the following questions: due to a glitch in the software, each question is mostly incomprehensible to you, but you sense the only way forward is to answer the question anyway. You know Mira knows you know what she's really asking...!

To George, what seemed strange, even galling, after the cancer struck and their company was eaten, was that the world, after all, didn’t seem made for him and Fred, which it had so much seemed to be in the '90s when so much success was theirs. Fred shares this disillusionment. In a way, the weight of George’s disillusionment is even harder for Fred to bear than his own.

Q: “Mira seems to approve of your answers. She says something about virtual reality, the out-of-body experience, the God helmet, and the conjuring trick all potentially being analogs of the creative process/ reading experience, and waves you through the checkpoint. Now you're past her defensive perimeter, what do you glimpse?"