"Democracy is four wolves and a lamb voting on what to have for lunch.”

While I wouldn’t say that some of my best friends are politically conservative, a person’s politics are not, for me, an obstacle to a congenial relationship (need I name names?). However, as we descend into the Bedlamite Reich, I am struck not by the political line (odious as it is) of POTUS’s acolytes, but by their apparent lack of what used to called “common decency” and their lickspittle devotion to pleasing the wealthy ruling class. Paul Ryan, Mitch McConnell, Rudy Giuliani, Ben Carson, and Kellyanne Conway—to name but a few of the most visible spaniels—are, how shall I put it, a breed if not a species apart?

So, as I alluded to above, the times are about to get darker—which calls for a steady drumbeat of clear-eyed opining, nonviolent resistance and civil disobedience, and well-conceived dissidence. And as the late great Canadian poet Leonard Cohen sang, a crack in the world is “how the light gets in.” A number of people (not enough) have been diligent in enlarging the fissure. One of the important voices that served humanity well was Gil Scott-Heron. Here’s one of his masterpieces: “Peace is not the absence of war / It is the absence of the rules of war and / The threats of war and the preparation for war”:

2.  As odious as professional (and semipro college) sports have become, much money is spent to insure that the revenues of the NFL, SEC, NBA, and MLB continue to climb. Sadly I continue to pay attention (though I am hopeful that I am finally weaning myself as I no longer watch college sports, the NBA, or hockey). One of the bright lights in pro basketball is the coach of the San Antonio Spurs, Gregg Popovich, one of the best mentors in that sport—and as mordant as he presents in sports interviews, a thoughtful and decent person. Here he talks about the election results:

“He’s angry at the media because they reported what he said and how he acted. That’s ironic to me. It just makes no sense. That’s my real fear and that’s what gives me so much pause and makes me feel so badly. That the country is willing to be that intolerant and not understand the empathy that’s necessary to understand other group’s situations. I’m a rich white guy and I’m sick to my stomach thinking about it. I can’t imagine being a Muslim right now, or a woman, or an African-American, a Hispanic or a handicapped person—how disenfranchised they might feel. And for anyone in those groups who voted for him it’s just beyond my comprehension how they ignore all of that. And so my final conclusion is, my big fear is, we are Rome.”

3. Celia Cruz (uno mujer extraordinary) stands as one of the great voices in the history of music. I was privileged to see and hear her two or three times. She resides in a pantheon of divas that includes Umm Kulthum, Edith Piaf, Mercedes Sosa, Billie Holiday, Cesária Évora, Aretha and Mavis Staples. There is a silly telenovela that serves as a biopic of sorts that is worth watching** or there is this nice little clip:

And the famous “Oye Como Va” with sensuous dancing:

4. A Jewish photographer Nadav Kander took the photo for Time’s Person of the Year. The Jewish Forward observed, “The decisions that Time made regarding how to photograph Trump reveal a layered, nuanced field of references that place the image among, in this viewer’s opinion, the magazine’s greatest covers.”

5. John Berger, a titan of culture (whether you know this or not) passed recently, and I assume all the obituaries mentioned his seminal 1972 television series Ways of Seeing.

“Ways of Seeing consisted of just four 30-minute episodes, first shown in 1972. Looking back, the ambition was extraordinary. With little more screen time than a typical Hollywood film, the series did not merely canter through the evolution of western art, but located that history in its ideological and economic settings.

“…The most important thing to say about Berger in intellectual terms is that he is a Marxist. His understanding is rooted in Karl Marx’s analysis of exploitation. Some of his best essays have just been reissued in a collection, Landscapes, and time and again they start with a brilliant sketching of the economic conditions around the ideas or art being examined. But Berger is so important a Marxist because he is perhaps the one who has most thoroughly rid himself of belief in historical progress, a belief that Marx took ready-made from the victorious bourgeoisie who had replaced feudalism with capitalism.”

6. Number me among the large group of people who find Keegan-Michael Key and Jordan Peele hilarious and am grateful that one can still access their brilliant work at Comedy Central. One of the duo’s more luminous creations was that of Obama’s Anger Translator (his live appearance at the White House Correspondent’s dinner with POTUS is priceless***). So it is fitting that they sign off the Obama rear with their version of his farewell speech.

7. Look what showed up on my front porch. 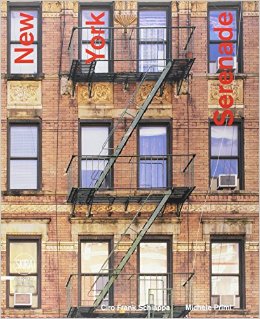 Fifty (recent) historical photographs created (with a Deardoff 8 x10 view camera) attached to the creation of art in New York City. To quote the Rizzoli, the book’s publisher:

"The project consists of fifty pictures that share stories we believe are relevant to describe the continuous changing of the historical sites, the urban landscape, and the different forms of art that the city itself produced over the years. Featuring historical places that have been fundamental in the history of New York’s music scene and no longer exist; streets, buildings, and boroughs described in their work by great New York artists; and places where everything started or everything happened for the city’s most representative artists. Our aim is to write a story about history, art, music, and New York City, and create a journey through this tradition, around historical places that are holding memories of the past while the future is written somewhere else." 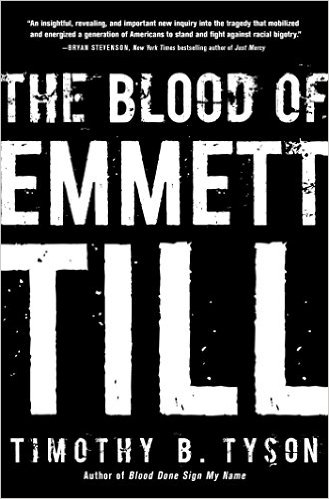 The Blood of Emmett Till by Timothy B. Tyson

Southern-born-and-bred journalist Tyson sheds some new light on this infamous murder of a young black boy. 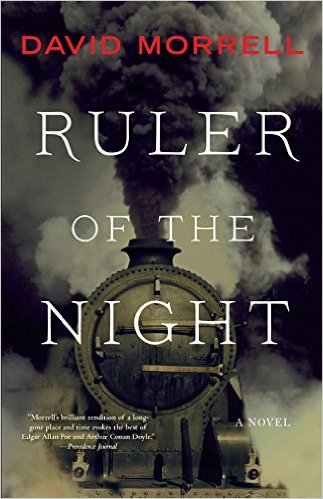 Ruler of the Night by David Morrell

This tome is the third in David Morrell’s trilogy using Thomas De Quincey and his daughter as the main characters. As do Gore Vidal, Philip Kerr and Alan Furst in their fictions, Morrell creates a vivid and palpable mid-19th century London and its rigid class system. 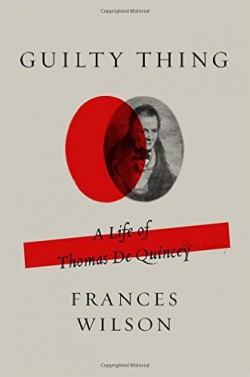 Primarily known as the author of Confessions of an Opium Eater, De Quincey was a member of poet William Wordsworth’s clique and a consumer of prodigious amounts of laudanum. Wilson puts together a biography focusing on de Quincy’s relationships with Wordsworth and Coleridge, in which he observes, “…he forged a triangle of unusual psychological complexity.” 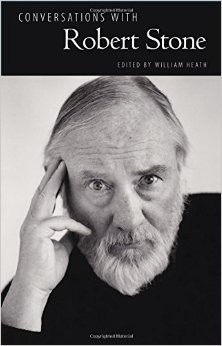 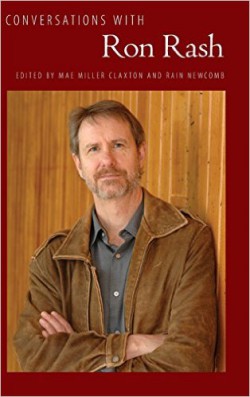 The University Press of Mississippi has an extensive series entitled, “Conversations With…” I am proud to be included in the two latest additions to this useful set.**** 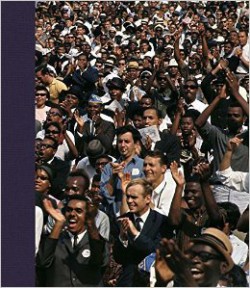 Gordon Parks: I Am You: Selected Works 1934–1978 by Gordon Parks (Edited by Peter Kunhardt and Felix Hoffmann)

Photographer Gordon Parks (who died in 2006) was multifaceted, having worked at the seminal Farm Security Administration and Life Magazine. He was the first African American photographer for Vogue magazine (actually, also Life). Steidl, this monograph’s publisher, reports: “Reportage for major magazines dominated Parks’ work from 1948 to 1972. He chronicled black America’s struggle for equality, exposing the harsh realities of life in Harlem, institutionalized racism and shocking poverty. Parks was equally accomplished as a portraitist, capturing figures such as Malcolm X, Martin Luther King, Duke Ellington and Ingrid Bergman. He turned his attention to film in the 1960s with social documentaries, as well as the cult classic Shaft (1971). This volume traces all the threads of Parks’ achievement, examining the interaction between his photographic and filmic visions.”

8.  The notion of artistic independence meant to be described by the music business rubric ‘indie’ pretty much rendered that ‘word’ meaningless as a way of identifying the sound of indie music. In film 'independent' still seems to have some descriptive value—not a replica of a video game, no recognizable i.e. bankable ‘stars,’ real adult dialogue, no reliance on a happy ending. Apparently more often than not these creations end up on Netflix. In the case of Blue Jay, it is the case that Netflix funded this absorbing two-character drama. The story, for those of you who like the inside baseball stuff of the show business, Blue Jay’s***** creator Mark Duplass explains to Indiewire:

"'When you make a black-and-white movie with two people in it in 2016, you’re taking a swing at something. It can come across as pretentious.' Trying to make the film stand out from the pack of independent movies today reminds Duplass of Miles Davis’ 1959 jazz album Kind of Blue. 'It’s like I’m specifically doing nothing here because the album that came out before me was John Coltrane going fucking crazy all over the record,' he said. 'The only way to cut through that is to be really quiet again and play against that tide.'” 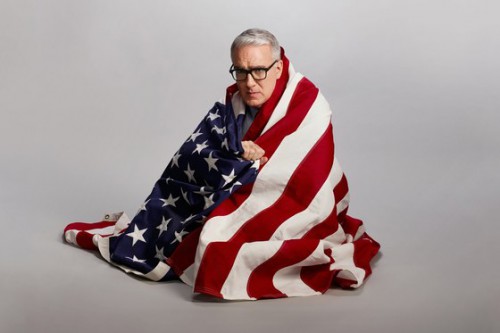 9. Well-known outsider pundit Keith Olbermann, who has had his share of battles with the lords of media, having circled the block numerous times, is currently delivering his idiosyncratic brand of commentary (which more or less keeps in mind Voltaire’s observation, “To learn who rules over you, simply find out who you are not allowed to criticize”), via the unlikely venue of GQ magazine and hopefully accurately named The Resistance******. As currently there seems to be no person with sufficient moral stature (does such a person even exist?) speaking out on the nightmare political scene, we must pan for nuggets of insight in a shallow evaporating stream. Olbermann delivers a weighty chunk. Actually, a fuckin’ brilliant one…

** the official bio (in Spanish) https://www.youtube.com/watch?v=Nww8OzStatk

**** a list of my contributions to  “Conversations With…” https://ourmaninboston.wordpress.com/2016/12/30/just-talking-my-conversations-with/