A few years ago—three to be more exact—I was

encountering the usual indignities of a life of freelance

writing and was talking with the Boston Globe Arts

editor, Scott Powers, about opportunities at that august newspaper.

About the same time the renowned photographer James

Nachtwey was in town to lecture at the Photographic Resource

Center in conjunction with his book, Inferno, newly

published by Phaidon. Seizing an opportunity to showcase my

lecture and the book. Which I then e-mailed to editor

Powers shortly after the lecture that evening (hoping, of

course, to also prove my creative rapidity and/or my rapid

was terrible. Or he might have told me that what I had written

Here’s what he did tell me: the Globe had

College of Art hosted a major exhibition of Nachtwey’s

work. Therefore, there was no need to cover this lecture or

review the book. Maybe he was being a nice guy and sparing

my feelings by not trashing my offering. Who knows?

Here is what I wrote:

Photojournalist James Nachtwey, who was raised and went

to college in New England, spoke and presented slides from

his new book Inferno at the Photographic Resource

Nachtwey refer to the emotional challenge posed by the photographs

in that nearly 500-page tome. As he showed some of the photographs

he repeatedly acknowledged “the harrowing nature of

these images” and his commitment to putting them in

Edited from 10 years of visits to the mouths of hell

Chechnya and Kosovo, Inferno is not a “best

of” collection of photographs. Rather it is the expression

of the narrative thread that Nachtwey realized was emerging

in his work around 1992. From the horrors of the orphanage

gulag in Romania he discovered in 1990 to the profound despair

in he portrayed in Kosovo last year James Nachtwey, who is

a member of the hallowed Magnum photo agency, has shot for

the German magazine Stern and the major Spanish magazine

El Pais. In his photographs, he conveys the dignity

of the sufferers in a dramatically personal and direct way.

We look right into the faces of Romanian AIDS orphans. We

see close up a dead Somali child being washed in preparation

for her funeral shroud. Nachtwey gives us a picture of just

menial labor. In Bosnia, we watch the bodies of Serbian soldiers

being dumped out of a flat bead truck. In Kosovo, we are placed

face to face with the despairing and displaced Albanian deportees.

In page after page of this beautifully designed and printed

book— which is dedicated to the people in it—eloquent

and direct testimony is given to suffering of the victims

of these crimes against humanity.

Nachtwey, who eschews any skill in writing and in fact,

sees its practice as a totally different mind set, was persuaded

a personal journey through the dark reaches of the last decade

of the twentieth century. It is a record of loss grief injustice,

suffering violence, and death. Implicit is the appeal to the

sense of right and wrong, the ability and the willingness

to identify with others, the refusal to accept the unacceptable.”

of the year six times and numerous other awards. He has published

Deeds of War (with a Foreword by Robert Stone) in

exhibited at the International Center of Photography in New

York, the Hasselblad Center in Sweden and in 1996 an enormous

collection of his work, curated by Jeffrey Keough, was shown

at the Massachusetts College of Art.

Referring to himself as an anti-war

photographer Nachtwey asserted, “After I published

Deeds of War I felt I had been released psychologically

from covering war itself---I was starting to turn to other

also scoffed at the validity of compassion fatigue. Despite

the horrific circumstances and the cruel misery depicted in

these pages he suggested that it is his responsibility to

for his personal withdrawal from the tragedies he depicts,

and he debunked the notion that people have a finite supply

of human compassion. As he concluded the Inferno's

Afterward, “The people whose photographs appear in this

book are worthy of one’s recognition and the patience

that may require. I have witnessed people who have had everything

taken from them—their homes, their families, their arms,

their legs, their sanity. And yet, each still possessed dignity,

the irreducible element of being human.”

In any case, I was reminded of my Nachtwey story this last

week when the Globe mentioned in its spectacularly

Weisman were joint winners of the Dan

David Prize, which has a monetary value of one million

dollars. Is there a story there? One would think. And maybe

The Globe is using one of their better writers—Alex

Beam, Mark Feeney or Joseph Kahn to write it. One would hope.

But so far nothing.

The proposition that still photographs are more powerful

and iconic than news reel and video footage is, I suppose,

arguable. But having been imprinted with images from Auschwitz,

of the naked Vietnamese girl running down the road, the Viet

kneeling at one of the fallen victims—it is an argument

I would be willing to make. And it would be James Nachtwey's

photos I would offer as evidence… 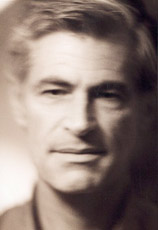