Having mostly favored writers and thinkers who exhibit synoptic views I find myself, via some osmotic transference,

inhibited from chronicling some of the thoughts and observations

that are whizzing around some part of my mental space because

they are small and somewhat self-contained. Or at least do

not, at the moment they occur to me, connect to something

else. Perhaps that Weltanschauung will keep me from

mastering the art of the aphorism—I hope not. Just this

last week I have been flush with ideational monads, little

billiard balls of thoughts. Perhaps I will be able to expand

upon them in the forthcoming memoir of my turbulent elementary

school career, What Would George Orwell Say? In the

meantime, what follows are some this and that kind of thoughts:

Eyestrain or ennui or perhaps even a frisson

of schadenfruede found me spending a good part of

a day recently watching videos. First up was the masterful

Standing in the Shadows of Motown. This documentary

tells the story of the studio musicians, known by themselves

and a few insiders as the Funk

Brothers. These men were contributors to more number-one

hits than the Beatles, Rolling Stones, Michael Jackson and

a few more superstars combined. And, of course, nobody knows

their names. Interestingly, someone suggests in the film that

(not taking away anything from the people who sang the songs)

hits. Any way, it is a terrific film and story with guest

Later in the day I watched Emimem's 8 Mile.

I was quite impressed with almost everything in the film except

for the music. Probably because I had trouble hearing it (though

later in listening to The Eminem Show CD I was moved

by "Cleaning out my Closet," which is sung in the

film and "White America," which isn’t (I don't

think). Occasionally, seeing a movie triggers an impulse to

curate a film festival around it. Some titles that I would

love to see connected to 8 Mile: Before Night

Van Gogh) and —as kind of a reach—Barton Fink

(the Coen brothers story of struggling writer with a fictional

Last week a couple of items that got attention

in the blogosphere had me to wondering. Adam Kirsch, who is

purportedly the New York Sun (that's the only paper

Hersh) Book editor, wrote a piece on Dante Alegheri for

The Divine Comedy and recent translations and even

a recent novel by one of those Harvard youngsters. But astoundingly

(to me) no notice of Nick

Tosches' In The Hand of Dante. Since the book

worthy and able writer and author of numerable important books,

how to explain this glaring omission? I have asked around

and I intend get to the bottom of this.

Also, one of those snarly and snide publications

that contributes to Manhattan's reputation as a snake pit

published a list of 50 Most Loathsome New Yorkers. Now the

captions were of the highest New York style vitriol (funny

and accurate) and yet I was disturbed at the whole shabby

gesture. Though I must admit a certain guilty pleasure at

the number-one slot being occupied by the self-proclaimed

savior of magazine publishing who edits Maxim. And

oh yeah, Henry Kissinger was on the list. I found the claim

that this was a Reader's Poll unbelievable and more to the

point I thought that just because this paper had the ability

to trash fifty celebrities does not mean that they should.

Saloon @ the complete review did have the best take on

this sordid matter suggesting that:

††One can understand that the

to see that plain ol' writers can also be considered significant

enough that people actually bother to loathe them!

Given the infestation of the infosphere with

and other wage-earning primates it occurred to me that if

(given the nature of modern warfare) one could distinguish

the first casualties of war, truth and dissent probably fall

behind originality as victims of this formidable Horseman.

war). Anyway, I have caught talk radio in a number of public

places and have heard two jamooks arguing about military strategy—as

if they knew anything and battlefield commanders should be

taking their advice. Yow! One bloodthirsty war criminal in

the making disdained any concern for civilians since the Iraqi

military was guilty of using these noncombatants as shields.

So much for liberating the Iraqis.

definitive Che Guevera biography and recently a book of his

Grave) is not in bed with anyone except his well-honed

sense of observation and reportage. His "Letters from

Baghdad" in the New Yorker should be required

reading by all the careerist androids polluting the infosphere

I am proud to call Barry Crimmins a friend and

a comrade and Elsewhere on Identity Theory Barry's

quips are regularly posted. When I read through his latest

posting, also found on his

own website, it occurred to me that Crimmer is subject

so prolific. Anyway, this "quip" stopped me:

moves with this war. They act as if they are going through

great tribulations to serve mankind at this time. But the

most expensive commodity required to fuel the war machine

-- blood -- will be heavily infused with salt of the earth

not commonly found at networks or among political spin-doctors.

it has ended. They will know of the true horror of war first

hand. Their families and friends will receive secondary exposure.

The newest batch of vets will be misled by implication to

be tantamount to disloyalty and cowardice. And so their torment

will be internalized and a lifelong soul-gnawing experience

will commence. These troops will be forgotten very quickly

as they head back to neighborhoods and rural locations that

are even more impoverished than those they left behind for

war. The misuse of our national resources for this unjust

military action will have made sure that what's gone around

to the Mideast, has come around to the cities and towns of

The very people who claimed devotion for our troops will turn

their backs on those they called heroes when they needed cannon

fodder to help further their jingoistic goals. And the same

commentators, who called for people to attend pro-carnage

rallies, will denounce any GWII vet who speaks out against

the madness of the next war as "treacherous and un-American."

Returned troops learn quickly that just because they know

better doesn't mean anyone wants to hear about it… 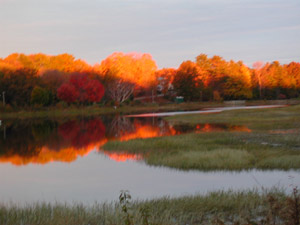