Given my extensive self-imposed required reading

iterations), I am constantly worrying myself about the relevance,

the meaning, and the import of all the typography that passes before

my eyes. I recently recalled a hilarious op-ed piece that speechwriter

Mark Katz wrote for the NYT called “Inside

But Jed Stinger also had a new project in mind:

a big think piece about the media’s fascination with the media.

As an investigative media journalist, he had long been fascinated

by the subject. Why are the media fascinated with the media? When

coverage of the media’s fascination with the media affected

by the fascination itself? Each question was more fascinating than

the next…His angle was innovative as well: tracing the origins

with the media. Stinger knew this was the piece that only he could

write…Stinger’s rise had been well documented. In November

found quick notoriety with a posting on www.msnbc/messengerboard/media

still enjoyed a daily dose of onion rings despite bragging about

his devotion to the Atkins diet on Conan O'Brien. This story was

the big headline on mediabigcheese.com for nine hours straight,

establishing Stinger as the media darling he is today.

I must have some deficit in taste or values that,

for instance, brings me back to Tina Brown's clever chatterings,

natterings or whatever you call her offerings on the new economically

in the Times of London, though in Britain, Jack Welch was identified

I peeked in, with great self-loathing, on Feb. 5

Jack Welch said to me the other night that he

he looked out the window at night and saw the lights of Manhattan,

Though it may be too early to tell, reading this

self-aggrandizing prattle might have put me on the road to recovery.

At least, in this instance, I didn’t care to read further.

by the first forty-four, I offer Will Self’s rejoinder in

into Tolstoi at the fiftieth word?” And yet something akin

to what Katz was parodying above has a hold on me. On the face of

it, some of the stories and snippets I dwell on, away from the tomes

I prefer to haunt, do have some magnetic component. The Sonny Mehta-Gary

Fisketjon smoking imbroglio at the new Bertelsmann bunker on Broadway,

the issue of how many times Michiko Kakatuni employed the word ‘limn’,

what Jonathan Franzen does or doesn’t do with his money, which

young authors are using television coaches—these have some

I had never heard of Debra Triesman, the former

who is now the fiction editor, until I spoke with young

Hudson, whose genuflections credited Triesman with his publication

in that year’s Debut Fiction issue. When I heard of Buford’s

planned departure, I offered myself up for the vacated position

to editor David Remnick. I received neither response nor acknowledgment.

NYT and then John Warner’s nifty piece in The

Morning News regarding her (at least) impolitic remarks about

the New Yorker fiction slush pile in her Book

piece was dead on.

As it seems, did a lot of people, judging from responses

I also wrote to Warner, preferring the calm luxury of one-on-one

It would seem necessary that every once in

a while the New Yorker's editors be reminded of their responsibilities

to various cultural communities. I guess it's to young Ms.Treisman's

credit that you got her attention and that she responded.

Care to venture a guess as to why she didn't

respond directly to you at The Morning News?

And then this (I am not reproducing Warner’s

part because we were communicating within the ease and comfort of

privacy. The unadulterated correspondence will appear in my memoir,

Since full disclosure became a fetish (though

a letter declaring my availability for the position (knowing full

for this one). No response, no acknowledgment. That's bad form but

pretty much standard operating procedure in the nasty business of

My feelings about the New Yorker are

that the magazine has an existence beyond whomever its current starting

lineup is. And to us outsiders—which is a curious way to designate

readers—we are free of the various distractions that are involved

in the thing we end up holding in our hands every week. As a (former)

publisher I recall coming across the quote about two things you

wouldn't want to see being made: sausages and legislation. I added

magazine publishing to that.

That's a way of saying that since the magazine

holds such a big space in the English language literary culture

that we have great expectations of its functionaries. To be sure,

they are good, but being born of woman and breathing in our atmosphere,

that still qualifies them as mammals. Thus they will exhibit a statistically

ordinary grouping of louts, reptiles (so much for qualifying as

mammals) and rodents, saints and whatever else. I would not be expecting

extraordinary exemplary behavior or any greater degree of moral

And who cares, after all, about what the New

Yorker's slush pile (by the way, was the figure 50,000 submissions

a year? I don't believe it.) policy is? You know, of course. Writers.

is the greatest of ironies—in the publishing and filmmaking

industries. And why do they (we) care? Beyond the obvious, I am

not sure why. Every time I see a John Updike story in the magazine

(would that be about 6 times a year?), I really, honestly wonder

what they could be thinking. I would find it difficult to imagine

an editor saying, "This is the best story available at this

moment." And anyway, would that be an acceptable type of answer?

Hey, there may not be an acceptable answer. Actually, I think a

lot of dissonance and arbitrariness is built in the business of

publishing fiction. Which is why writers live lives of ordeal by

cruelty—but maybe no more so than the rest of humanity.

Ultimately, one would hope that editorial positions

Much thought was directed toward the slush-pile

issue as the correspondence continued to pile up at various sites.

Some of it self-serving (from slush-pile contributors) and some

embittered (I’m not going to ferret out those motives) but

it did reinforce the sense that the New Yorker means something

special and important. What other magazine would garner such heated

responses? I think that must be a good thing.

hand wringing and ululating from all quarters of the book tribe.

There appears to be a happy ending here (dare, I venture that, "There

Wolff will take your wager that she will not last there. In

my world, there was nothing unusual here, another corporate court

intrigue (Wolff again, "There was, too, the nasty way the Germans

[don’t they ever learn?] expunged the respected and serious

(if a bit of a cold fish) Godoff, denouncing her high-minded low

margins before she got out the door!") and an understandable

grand operatic response from whomever includes themselves in the

book nation’s constituency. And also, of course, an occasion

for “writerly type persons” like Wolff to make hay:

But Why, for God’s sake, would anyone

want to work in the book business, anyway? What’s wrong with

them?…I mean, books suck. Most books are dopier than television

promotions or the lesser offspring of dopey television, movies,

and advertising). … Books may be the true lowest-common-denominator

medium…What’s more, in the book business, you have to

as congenial an atmosphere as an insurance company. Right now, as

Bertelsmann gets ready to move Random House into a new building,

on top of doing embarrassing, often even humiliating work in enervating,

soul-destroying circumstances, you don’t get paid any money.

Book publishing is a liberalish, feminist redoubt, but in some kind

of retrograde inversion, the economic model requires that women,

mostly, do the job because they have husbands to support them (young

women, and the odd few young men, who end up in book publishing

tend to have their parents supporting them)...

Thumbing through the inestimable John D’Agata’s The

Next American Essay from the insufficiently esteemed Graywolf

Press, I chanced to encounter Joan

“We tell stories to live.” I’d like to think that

my lurching and clumsy contact with the products rolling out of

the relentless assembly line of the Narrative factory has some great

meaning, some aspect of a grab for sustenance implicit in Didion’s

claim. That is why I read and that is what I care about. Too many

times, I have to sample before I can discard stories like some of

What could that mean? 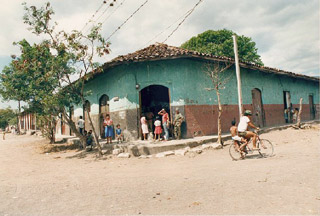