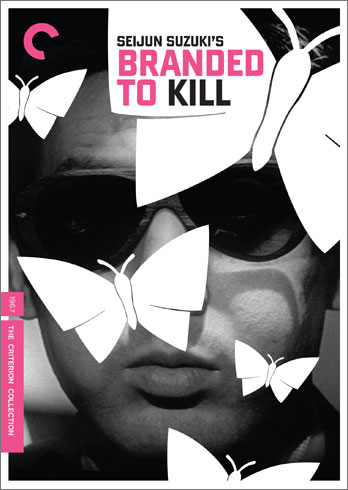 Can we blame filmmakers and storytellers who assemble tales just to feature moments? Exploitation maestro/quasi film historian Frank Henenlotter openly admits to it. Of his most recent narrative feature, Bad Biology,
he notes how various motifs (many of the gross-out nature) came to him and his co-screenwriter, from which they made a surprisingly tight narrative. Though the Coen brothers would never admit to such truths (they fooled biographer Ron Bergan into thinking that their main inspiration was the work of Doris Day – !), I'd bet that Fargo came about the same way. The film features a number of cult-ready moments, like Steve Buscemi getting belt-whipped while naked, Buscemi getting shot in the face and surviving, and Buscemi meeting the fateful woodchipper. I wonder if the end result – a profound, noirish amoral universe taken on by ironic earth mother, Marge (Frances McDormand) – was a happy accident.

And I wonder, too, if early Japanese Yakuza (i.e., gangster) films work in the same vein. Two classics by
Seijun Suzuki, recently appearing in fine editions from Criterion, suggest as much. Like Henenlotter's and the Coens', Suzuki's films move so briskly that we wonder if the moments exploit narrative. The series of events play like stream-of-consciousness riffs on depicting
onscreen action. And yet, moments are visualized with a formalist's eye: shots are tightly composed even if we imagine a crew running through set ups at the behest of a nervy, fervent director. After viewing, the images remain so strong that we wonder whether the overall films began as mental images, unearthed from an artist's
psyche to help construct probing popular entertainment.

Suzuki's approach adheres to Godard's dictum that all one needs for a movie is a girl and a gun. Indeed, a pistol and the naked female form register equally as central, archetypal images to Suzuki. The protagonist of Branded
remains beside both gun nor girl throughout. Like the French New Wave's take on the gangster, the tale is often backed by jazz, while the screech of car tires – backed usually to silence, we should note – recalls the classic studio gangsters of the 1930s. Overall, Suzuki seems a loose filmmaker, letting his sundry ideas come together unless an action scene requires him to bear down.

Branded to Kill uses a narrative equally action-promising and reflexive. Hanada (Joe Shishido) takes a job to help friend, Kasuga (Hiroshi Minami), an ordeal that brings the former to a mysterious woman (a vague but appealing figure) with a serious death drive (thus granting both of Godard's requirements). When she asks Hanada for assistance and he botches the job, he becomes the prey of an ultimate killer of his secret organization (thankfully, we need not know all the background of Yakuza culture to enjoy, though as with many works of art, knowing helps).

Suzuki uses other symbolism in his melodrama. Two “hits” align to the four elements: one shot through a giant cigarette lighter on an ad, another taking out an optometrist through a drain pipe. Hanada himself aligns to both fire and water, loving the smell of boiling rice and the dewy sexuality of the mystery girl, while the heat of gunfire and sex-death drive is balanced by the soothing effect of the steam. As for Earth? – to where the bodies fall.

When sex can't sooth – and this is quite often – Hanada reaches for his gun. As in the American gangster tradition, it's all about infamy, status: those at/near the top (like Hanada, at first, before he becomes homo sacer) have the highest fall. The “gangster rankings” urge and loom over him, and becomes pure fuel for Suzuki,
as are the uncanny point of view shots that play like predecessors to the more appealing shootist video games of today.

Also a wanderer, Tetsu (Tetsuya Watari) of Tokyo Drifter is no longer a yakuza, since his faction was disbanded by his leader. Similar to the Ronin of the Samurai, he begins the film passive, though others urge him to still fight. This gangster intends to remain dormant, though when forced to life in a prologue, the
stylized black and white cinematography, now filmed on a sound stage (in contrast to the previous location photography) takes on a glossy color aesthetic. With the opening credits' end, we realize the film will largely remain in color, a less fortunate move compared to Suzuki's mastery in dark and light contrasts. The colors do have
their rewards, especially the cool blues, including Tetsu's suit. The narrative, meanwhile, returns to the formal vivaciousness, the kind of contrapuntal motif that works only with a sure hand.