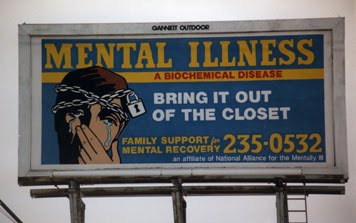 Katie Cadigan and Laura Murray’s compelling documentary traces how a group of concerned parents created a grassroots program that changed how the medical profession and the wider society viewed schizophrenia.

In the post-World War II years, psychiatrists were too ready to dismiss schizophrenia in a pseudo-Freudian manner: it was considered to be the damage created by raucous homes dominated by virago mothers. In 1974, however, a group of frustrated families created Parents of Adult Schizophrenics in San Mateo California, with the goal of seeking a medically sound answer that did more than blame pushy mothers for creating mentally ill children.

While the medical profession was skeptical of their efforts, the parents managed to get elected officials – first at a state level, then at a federal level – to take their cause seriously. It was a difficult battle at first, particularly when the promise of government aid for community-based care failed to materialize, thus resulting in the dumping of the mentally ill from repressive hospitals into the unfriendly streets.

It literally took a tragedy – schizophrenic John Hinckley’s attempted assassination of President Reagan in 1981 – before serious medical research was devoted to understanding the gravity of the problem. Today, advances in brain research and new pharmaceutical therapies have replaced the sneering notion that schizophrenics represent the battered results of dysfunctional families.

Using a mix of interviews, family home movies and unintentionally shocking “documentaries” from distant years that forcefully misidentified the causes of the diseases, the film offers a shameful record of how an arrogant medical profession did more harm than good for too many years. To its credit, the film also offers a valuable lesson in how ordinary people can change the world for the better.

"When Medicine Got it Wrong"
2009, Not rated, 52 minutes
Directed by Katie Cadigan and Laura Murray
Released by Documentary Education Resources