Despite my aversion to soft-cover editions (a distaste
I overcome as a matter of occupational necessity as a recipient
of a storm of galleys and advance reader's editions), I recently
found three books (well, four, but Selected Writing of Jose
Marti is not a book I plan to foist on my literate friends
and acquaintances) that exist only in that degenerate format. There
are people that extol the advent of paperbacks (Michael Ondaatje
comes to mind) as there are those (Michael at the
complete review), who share my antipathy. In any case this,
uh, snobbish idiosyncrasy is one that I continue to indulge guiltlessly.

The Paris Review: Latin American Writers at Work
has a special value for me as I am a practitioner of what Derek
Walcott in the book's introduction and Jim Harrison (in an email
to me) both acknowledge as something of an art form. (Amen) But
it is not this acknowledgement that draws me to this volume. In
fact, I generally am averse to reading most Q&A's. One exception
is a remarkable book published in the early '70s by Selden Rodman,
Tongues of Fallen Angels, that includes conversations with
Jorge Luis Borges, Ernest Hemingway, Octavio Paz, Gabriel Garcia
Marquez, Allen Ginsberg, Pablo Neruda, Robert Frost and Norman Mailer.

Anyway, the Paris Review anthology also includes
a remarkable assemblage of literary giants including some of the
above (Borges, Neruda, Paz, Garcia Marquez) and Julio Cortazar,
Guillermo Cabrera Infante, Louisa Valenzeula and Mario Vargas Lllosa.
The only writer missing from this pantheon is the inimitable Uruguayan
Eduardo Galeano (a void that can be filled in by going to David
Barsamian's excellent recent interview).

…and the little I knew of Brazil had come
through its poetry like cracks light under a door. Now these interviews
are a corridor down which door after door opens, and we sit down
as guests do these illuminators.

There was the writer, there was what he or she had written,
and now there is the tape recorder, creator of the interview, a
twentieth century literary form, an intrusion on intimacy yet a
form that requires journalistic, even Flaubertian distance: a literary
from at which the writer looks at his life an his work with a new
impersonality, with a rhythm that should sound spontaneous in its
sentences. This creates a benign beast, a double who speaks for
the writer but whose stories, given the fallibility of memory, we
do not completely trust.

I can forgive Walcott's failure to grasp the process
and the second creator involved in the interview process. As a writer,
he isn't required to think his work is part of a real dialogue with
a real reader. But he does seem to recognize some of the qualities
of the interview's attractiveness:

Interviews attract us because we want to devour
banalities, the exactly ordinary, in other words, gossip. The old
saying that no one cares "what porridges had John Keats"
is a pretext. It is very important, bringing Keats up-to-date, to
know if he prefers oatmeal to All-bran, because the knowledge does
not diminish but increases our astonishment at the magic of the
Odes.

In any case, this volume is loaded with gems. Here is Borges on
Twain, "I think Twain was one of the really great writers,
but I think he was really rather unaware of the fact. But perhaps
in order to write a really good book, you must be rather
unaware of the fact." And later Borges states that a writer
shouldn't be judged on ideas but, "He should be judged by the
enjoyment he gives and by the emotions one gets. As to the ideas,
after all it is not very important whether a writer has some political
opinion or other because a work will come through despite them…"
This from a writer frequently viewed as one of the most academic
of the 20th century. Worth the price of admission, I say.

The benighted Gray Wolf Press, the port home for many
worthy intellectual and literary vessels, recently published The
Next American Essay by John D'Agata. Without dipping into a
brief for creative non-fiction, I found that both the chronological
approach, one essay representing each year from 1974 to 2003 and
the lineup—Joan Didion, Susan Sontag, Jamaica Kincaid, John
McPhee, Barry Lopez, Anne Carson, Susan Griffin David Shields and
more—were seductive and compelling and a bit intimidating.
Perhaps this is like an exhibition of great masters that has almost
thirty paintings. There is a lot to take in. Brief introductions
for each selections and prologue and epilogue essays fill out a
heady array of literary thinkers. As a matter of personal taste,
I have come to find good essays as stimulating as stories or novels.
Which is another way of saying I don't much care about the categories.
I was reading Jamaica Kincaid's "Girl" in D'Agata's collection
which is also included in short story anthologies. I read it as
a prose poem.

D'Agata, who has previously published a quirky book
entitled Halls of Fame, opines:

Let's call this a book about human wondering.
It begins in 1974, an arbitrary date as far as dates go because
it does not mark the start of the essay. It marks, instead, the
start if my own wondering—the only story I have any authority
to tell…I was an eight-week-old fetus when my mother first
read to me, and as we now know but did not know then, a fetus at
eight weeks has developed its ears but not yet the ability to hear.
What this means is that anything you read to a fetus will go in
one ear but not come out.

Novelist Melvin Jules Bukiet has edited Nothing Makes You Free:
Writings of Descendents of Jewish Holocaust Survivors, which
might be considered of interest to a narrow audience of readers
(Jews) but for Bukiet's assertion:

What's important is that the Holocaust has become
a talismanic touchstone that every writer must genuflect toward.
Try an experiment. Take every tenth book of fiction off the shelves
of your local bookstore. A few will actually be about the Holocaust,
but count how many others mention, just mention in passing, as a
metaphor, the H word as a kind of seal of literary seriousness.
My guess is seven out of ten.

Not the most elegant argument but elegance is not Bukiet's strong
suit. A ferocious directness is:

…but let's keep one terrible truth on the table. In fact
Hitler won. The Jews lost, badly. The continent is morally, culturally
Judenrein [free of Jews]. Thus the survivors were expected to remain
unobtrusive supernatural phenomena, not disturbing the living with
the clanking of their chains and their alarming stories. In return
a guilty world tried to salvage its conscience by granting passports
to the United States and other nations to whose entry they barred
a decade earlier.

The explanation for collecting writing by what Bukiets
calls the 2G [the second generation] comes from the existential
dilemma offered by Alan Finkelkraut:

"I inherited a suffering to which I had not
be subjected, for without having to endure oppression, the identity
of the victim was mine... The allotment was inescapable: for them
utter abandonment and anonymous death and for their spokesman, sympathy
and honor…I owed to the bond of blood the intoxicating power
to confuse myself with the martyrs…no trace of them remains,
except perhaps my taste for poppy seed bread, scorching hot tea,
and the way I hold sugar in my teeth rather than let it dissolve."

Nothing Makes You Free includes works by an assortment
of writers from Thane Rosenbaum and Joseph Skibell to Eva Hoffman
and Peter Singer. This edition is one more signal of the self-revising
nature of history. Bukiets bellows, "…there was a sense
of passive acquiescence to circumstance that is no longer. Now,
we are strident. Now we rub the world's nose in our misery. Go to
our museums. Go to our movies. Go read our books. Look at what you
did. Behold." 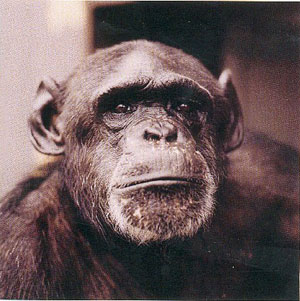