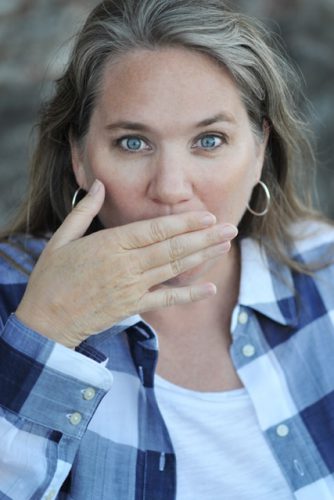 Diana Kirk doesn’t like being labeled an “author” or “writer”—she would rather refer to herself as “a storyteller with a penchant for dirty words.” Her debut collection of essays, Licking Flames, contains stories from a woman who has seen it all, having extensively travelled the world and worn more hats than you’d see in a Salvation Army. Diana has a smart, biting wit that could put her head-to-head with the likes of Chelsea Handler, but she doesn’t want to be labeled a comedian either. Perhaps it’s because her writing is more than comedy—“It’s a scratch-the-surface book,” she says, with stories ranging from coming-of-age tales, to a now forty-something woman “all gansta—with Mom boobs.” There is an organic honesty to Diana’s storytelling, an uncensored inside scoop from “another person in line at Target.” Diana shows the reader how to navigate life with “an internal shortage of giving-a-fucks,” to thrive apart from everyday expectations. She skirts the edge of labels but doesn’t come off as some sniffy outsider. In fact, she’s quite accessible and agreed to chat with me through email so I could multitask our interview, parenting and sitting in bed. The result is a quick glimpse of the gutsy woman behind the dirty words.

*Disclaimer: A small child was dropped while conducting this interview.

I need to get something out of the way—you often brag that you once peed in front of Hillary Clinton. Were you gal paling with her in a bar bathroom? Is this an unknown pee pee scandal that I'm going to break wide open?

I did. I copped a squat in Morocco behind a building during a pee break while on a bus ride. The ground was littered with crap nuggets and the famous pink toilet paper of the Middle East. I dropped trou and let it rip right as nine black Mercedes Benzes flew by. Hillary and Chelsea were in one of those Benzes. They didn't wave or anything, but I like to think Hillary chuckled to herself.

Another major question I have before we can truly get started—something I just learned about you today and I'm obsessed. Is it true you were solicited by TLC to do a reality TV show? Explain why I'm sitting in bed and eating a sandwich watching CNN when I could have been watching you on TV eating a cockroach or belligerently yelling, "I'm not here to make friends!”

First of all, your stalking skills are on point. Mad crush you dug up my old life like that.

Well, my hubs lost his job. That's how the story starts. Economy crash, office closes, no money. I could see we were gonna lose it all if we didn't do something dramatic. In a weird twist, my father-in-law told me a story of this family living in a school bus selling garlic at farmers markets up and down California. I don't know why that struck me as a good idea at the time, but I hatched this plan to buy a school bus, convert it into an RV, and move to Mexico. During our journey, I had a blog for our family to follow. TLC found us through that and asked if we wanted to do this show on a boat. I didn't. Your characterization of me is pretty on-par—I knew they'd edit me into a screaming mom and glorify my kid’s hearing impairment. It sounded like a shit show.

I have 3 kids, and the idea of throwing them into a bus and traveling is terrifying to me. I personally require a lot of space to think and stay sane. How did you handle the stresses of parenting, homeschooling, and also bus living?

Well, first of all, I don't have anxiety or a lot of fear. Before the bus we'd already driven thru Baja and gone to Guatemala with them. I didn't fear the change—I embraced it. I'd found a way to not lose our house and also take my family on a big adventure. The whole story is a book. One I'm thinking about a lot. I'm not ready to write it yet, but the bus book will happen. It has a great ending.

As I read Licking Flames, I kept thinking how incredible it is how you can pack so much into one book, and yet meanwhile the tone is light, the chapters are short but not lacking. But not all good storytellers are good writers—how did you get so good at it?

Well, I tend to shy away from the title of writer or author because there are so many writers out there but not a lot of storytellers. Storytelling is different. It requires a build, a punch line. You learn that art from talking a lot and trying to captivate an audience. So I write stories how I would tell them. I have an insane curiosity, a high tolerance for differing opinions, and a large threshold for uncomfortableness. That comes from travel. You can't say you're open-minded and tolerant until you're on a bus with eighty men in Kenya in the dark, starving and exhausted. Fast-forward that story ten years where you are sitting in a nice house in Portland sipping your third cocktail, feeling good, and you tell the story of that night you crossed the border with guns and drugs and you need to change your tampon and find clean water to drink and you wish you could go to McDonalds and eat seventeen cheeseburgers and sit on a clean toilet seat and why do you travel and is that a cockroach on my leg?

Eventually the storyteller will figure out the best delivery. A writer can write any story but they don't know the best emphasis and exclamation unless they've practiced it live, maybe even over and over again in front of an audience. That's where you feel it and it has nothing to do with craft. 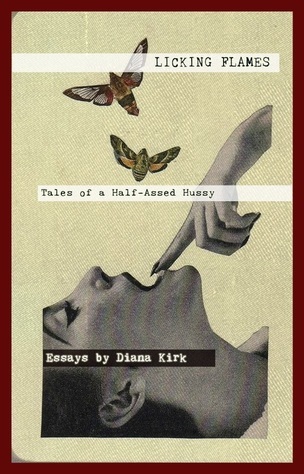 Could it be argued, though, that a good storyteller doesn't need a major life event to entertain? I suppose one begets the other, but something tells me you'd still have a flair for writing even if you weren't a world traveler. (I am speaking as a person who tends to go nowhere but could tell the shit about walking to my mailbox or drinking those 3 drinks you mentioned.)

Of course you don't have to travel the world. I had a photo shoot last night with a shy photographer and we had this super funny moment where he was on the ground taking shots of me walking while simultaneously telling me all about how he went to journalism school, where they teach you to be a war photographer but never teach you a thing about awkward photo shoots with intimidating women. Made me laugh so hard and I wanted to stand up that shit. So no, you don't need to travel the world. But my book is more than just stories. It's also, I hope at least, the story of a woman that takes life by the balls and squeezes everything out of it.

On the subject of intimidating women I think we have that in common.

And I often find it hard to navigate between being my strong-minded self and being likable. It's a human thing, I think, the desire to be liked. Do you ever worry about the people who simply won't like you for your personality type?

Well, my sisters tease me all the time saying I'll never be able to get a “real” job again because of how loud and open I am. Women who unabashedly speak their minds tend to be treated like aliens.

I wonder sometimes if people just aren't used to finding funny, confident women. I never signed a lease on likability. My confidence isn't based on what others think; it's based on my life resume. I have a good marriage, my kids are turning out great, I can pay my bills every month and my taxes every year, and that makes me confident. I work hard for what I have. Nobody handed me anything but my mind, my skin color, my blue eyes and enough food to thrive...what I've done with that afterwards has been up to me.

You talk about your mom in the book, and she's obviously a major influence on you. Sorry, I just dropped my toddler. I was holding her while typing and literally just dropped her. No worries; she's okay. There was a question there.

Ha—she's ahead of her time, surrounded by women that still ask their husbands what to do. In her own way, she's been pushing boundaries her whole life. She laughs a lot. She's light hearted, lives with a lot of integrity, but she's also kind of shy. In groups she usually watches, where I'm usually in the middle of the group yelling, "And then his cock!" She taught me everything I know about business and networking. She could write books. But I think for both of us, we find human behavior fascinating and want to learn as much as we can on this planet before we're done.

Okay, I patched up the baby.

What are you working on now?

I'm currently working on a book of travel short stories. It's a lot like Licking Flames where some are funny, some are intense. Just like travel. It was my editor’s idea. We had to pull a story from Licking Flames called "Trolls" because of its intensity. It's a great story but not for that collection. It's a subject nobody ever really talks about, male prostitution, which I saw vividly in Africa. So I started a file of just travel stories. Before I knew it, I had 24 solid travel stories outlined.

I have one more (optional) question. If you knew, way back when, when you popped a squat in front of Hillary's motorcade, that she would lose the presidential election to Trump, would you do anything differently? I think I would probably chase the motorcade down with my pants around my ankles, yelling Bish! We need to talk!

Yep. I think I might regret not going into politics. I also saw Hillary in 1993 at a Barbara Boxer fundraiser. It was a highlight of m'life to hear her words getting the all-female crowd of politicians, entertainers, female CEOs pumped about sending Boxer to DC to show those boys what female power looks like. I then spent the next twenty years being myself but not really trying to change anything for women. I would do that differently—be more aware that I have some responsibility to other women. I get letters from women sharing their stories of empowerment, sometimes even thanking me for speaking up. So I do feel as though I failed Hillary in that arena. I should have started earlier but I might not have been ready. My forties have been empowering.

Diana Kirk is the author of Licking Flames: Tales of a Half-Assed Hussy. Her essays and interviews have been published in The Progressive, Thought Catalog, Nailed, Five 2 One and Hipfish. She's currently working on her next book, Onward Ho, while sipping many cups of tea off the coast of Oregon.

Kate Hanson Foster's first book of poems, Mid Drift, was published by Loom Press and was a finalist for the Massachusetts Center for the Book Award in 2011. Her work has appeared in Comstock Review, Harpur Palate, Poet Lore, Tupelo Quarterly, Five:2:One Magazine and elsewhere. She was recently awarded the NEA Parent Fellowship through the Vermont Studio Center. She lives with her husband and 3 children in Groton, Massachusetts.