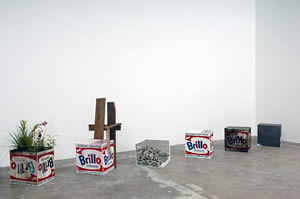 Few artists would say they derive inspiration from weeds; Jason Middlebrook could be one of the few who does. Consider Chinese ailanthus, one of the most prolific exotic species. You could find it all over the place in New York City, in subway tunnels, sidewalks and sewers, but the city does its best to keep the floral invader from sprouting up and taking over the Big Apple’s many nooks and cranies. It’s just one example of humans attempting to control nature, a point of exploration at the core of Middlebrook’s artistic experiments.

“Nature is always pressing, always growing up through the cracks,” he said. Middlebrook’s interest is the instant at which nature and humans collide, whether it be a natural disaster, or a weed growing in a parking lot. He’s intrigued by the strategies and tactics we’ve developed to control and harness nature; how we’ve tried to keep it from interfering with our order of things.

Middlebrook answered 12 questions for Identity Theory about his art, challenging the power of museums and garnering inspiration from materials with a previous life, like Warhol’s Brillo Boxes. 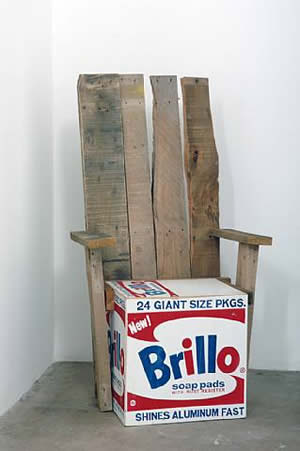 A few things. My work has become divided into two areas. I have been doing these site-specific salvage projects for the last couple of years. I just came back from New Orleans where I collected wood and other debris and made a series of benches that will be circulated back into the community once the exhibition is over. I have done a few of them now, and I really enjoy the site-specific community aspect of the process. In Riverside, California I did a project where I brought in four other artists, and we made furniture out of debris from a building that was being torn down for a new museum addition. The other aspect of my work is my studio practice, which usually consists of drawings and paintings that are shown in the gallery context. There is some overlapping, but in the end the two aspects of my practice function differently. 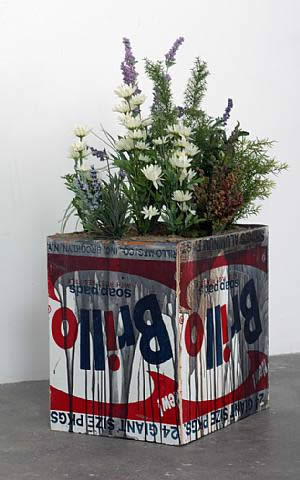 Nature, and humans’ endless fear and misunderstanding of it.

You work in various mediums--drawings to site-specific installations. What drives you to choose a medium?

Lately it has been recycled material, old wood, trash, objects that had a previous life. Materials that have a history and that still have a future. Old wood mostly.

You grew up in rural and urban settings. How has living in disparate environments informed your work?

I lived in Oakland, California for three years and then New York City for twelve years. All urban environments are in competition with nature, and this has been my focus for some time.

I was raised in a mountain community in Northern California and went to the University of California at Santa Cruz. Nothing could be more beautiful than these environments; however, the city has its beauty as well. New York City inspired me and continues to do so because nature is always pressing, always growing up through the cracks.

In 2004, my wife and I bought a farm house and three acres in upstate New York so I am now living in a setting very similar to my childhood. I have a four-year-old, and I wanted her to experience nature in the same way that I did. There is nothing more important for a child than to be able to play in dirt.

How is the relationship between humans and the environment examined in your work?

The point in which nature and humans collide is where I find inspiration. Natural disasters, weeds taken over a parking lot of a closed store, these are both reminders of the power of nature and man is always trying to established space within nature. People continue to build on the coast lines and then cry to the insurance companies when their houses fall in the ocean. When that house falls I see many ideas for my art. 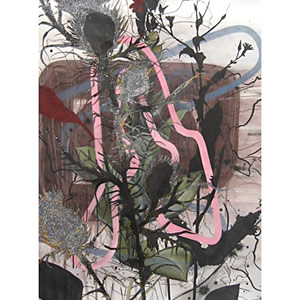 I read in an old issue of Artforum that your favorite quotation is "Museums are places where art goes to die," said by Alan Watts. What about that quotation resonates with you? How have you explored it in your work?

A few years back I was very interested in institutional critiques and discussions revolving around the death of art in museums. I did a few projects in museums that treated the space as a graveyard for art, a final resting place. Museums follow models that force them to protect and archive the work. I understand that this is important so future generations can view the work and appreciate it. I'm much more interested in a combination between showing current work and ideas and educating the public. I don't think museums do enough to challenge the paradigm. Museums have pressure on them to make their board members happy like a corporation. How many times do we have to see a dead artist retrospective just so the market value of the work can remain healthy? 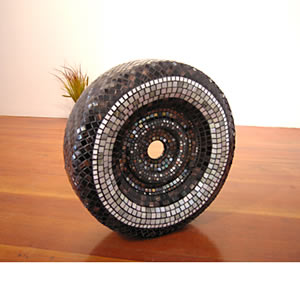 Why revisit Andy Warhol's Brillo boxes in One Man's Treasure Is Another Man's Trash?

I have always been interested in Warhol’s objects and how they revisited the ready-made. He wanted to transform the consumer object into Pop Art and today they are considered high art. In the eighties, you couldn't give those Brillo boxes away, now they sell for 170K. My goal was to dismantle them again and turn the box form into something functional, such as furniture or a Brillo box planter. I wanted to give Warhol's ready made a real function. One of the issues that I have had in playing with art history is the iconographic stamp that weighs it down. Some Brillo transformations were more successful than others. In the end, my favorite was the Brillo Box Pallet Chair. Pallets are universal and made to ship goods all over the world. I like the tension that this creates and the chair serves a great function. These pieces did not sell, and I look forward to having them back in the studio. 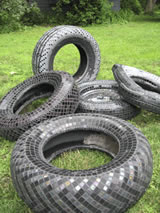 What is the most unexpected response you've received from a viewer of your work?

I once was verbally attacked at one of my openings by a person who thought I had disrespected the museum. My installation was implying the destruction of a museum in the future. There were weeds growing up through the floor, the walls were black and covered with graffiti, there was broken glass all over the floor and there was a leak in the museum. A woman confronted me and was angry that I wasn't showing respect to the museum and its space. It was in Italy, and I listened to her and tried to explain that is was a critique of the museum's authority to determine what should be saved and what shouldn't throughout history. She wanted no part of that and was outraged that I was allowed to disfigure the space.

The Internet has seemingly made the world a more democratic space in which writers, artists and musicians can more easily share their work with the world. How do you think the Internet has created possibilities for artists?

It's truly endless, from emailing images that can be sold to creating web sites that can open dialogues and connect people with an infinite trove of ideas. You can learn so much about an artist’s work without ever seeing the work. It has allowed creative people an endless database to reflect upon and grow from; it has united communities and allowed artists to work in isolation.

Name the web sites of three artists you visit regularly? Why?

Alexandra Mir’s web site is one that I look at from time-to-time. She is an artist who uses her web site as an active archive of her projects. For years she didn't have a gallery and all her projects were generated by referencing her web site. I don't spend a lot of time on line looking at other artist’s web site; however, I really should. I'm planning to build a web site this year and it's time to start researching artists’ sites.

Name a book that has inspired your work as an artist?

One of my favorite books is, The Control of Nature by John McPhee

What is the best meal you've ever had and with whom did you share it?

My wife and I were camping in Utah once and we had been in a tent for a week. We drove through a town searching for something other than camp food that we had been eating, nuts, beans, hot dogs, etc. We found a great pizza place and for some reason to this day that pizza was unreal. The memory of a meal has so much to do with your frame of mind.