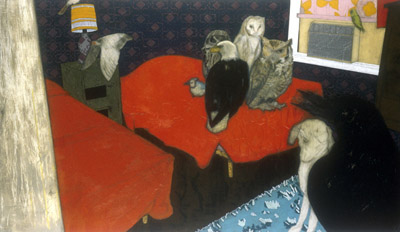 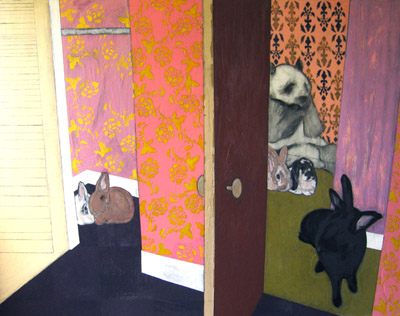 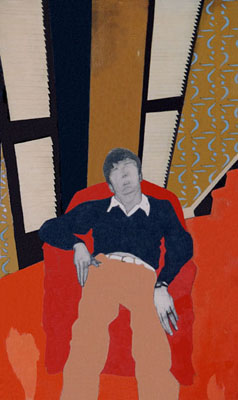 One Boy, One Girl, One Drawing 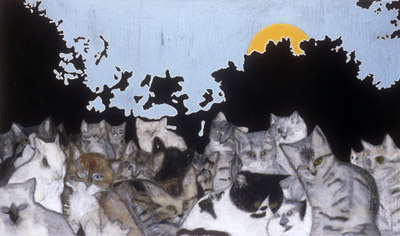 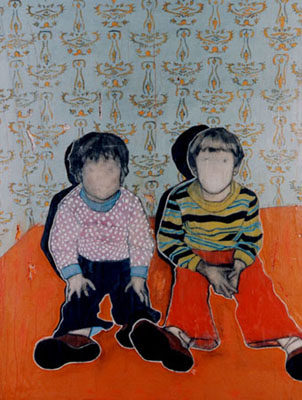 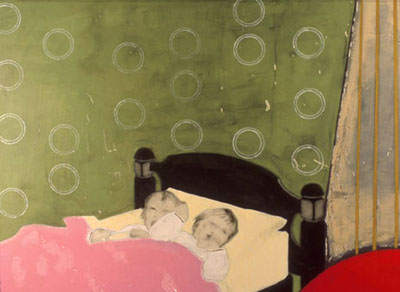 All pictures are copyright of the artist and may not be used without
the artist's permission. Take it up with them.

Catherine Ryan was born and raised in New Jersey. She moved to the Bay Area in 1996 and received her Bachelor of Fine Arts from the California College of the Arts in May 2000. Ryan began exhibiting her work at HANG in the summer of 2001. Ryan's work investigates the significant role family photographs play in our lives and memories. Working in a photo lab while in college, Ryan observed that the same images showed up in scores of rolls of film; each family seemed drawn to documenting situations in similar ways. Ryan began to see these photographs as templates affecting the way we remember people, places, and even ourselves. In their complete subjectivity, photographs exist somewhere between the personal and the anonymous, the candid and the contrived. Ryan uses these loaded elements to display the fundamental nature of human emotion. The figures in Ryan's paintings assume familiar poses and gestures, and though carefully drawn, are not recognizable by facial features or expressions but rather by their surrounding environment. To heighten the tension between familiarity and obscurity, the backgrounds of Ryan's pieces are built up, torn away and densely layered in contrast to the unclothed portions of the figures being rendered primarily in charcoal. The resulting images retain an essence of anonymity that allows the viewer to imbue into any particular piece, his or her own memories and sentiments and to remind us of how affected we all are by the snapshot. E mail: rryancp@hotmail.com