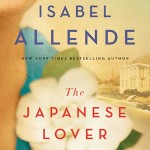 The Japanese Lover by Isabel Allende: "At 73, Isabel Allende is finally old enough to write about retirement with some personal authority, but there’s nothing retiring about her treatment of the twilight years." -Ron Charles in the Washington Post

The Crossing: A Bosch Novel by Michael Connelly: Read an excerpt of this new Harry Bosch novel, which also features Lincoln Lawyer Mickey Haller, on MichaelConnelly.com.

Numero Zero by Umberto Eco: "Umberto Eco's seventh novel, Numero Zero, represents the continuation of a theme. The story of a newspaper that doesn't publish, it traces a conspiracy, real or imagined, linking a long line of events in Italian history, from the death of Mussolini to the 1978 kidnapping and assassination of former Prime Minister Aldo Moro by the Red Brigade." David L. Ulin in the Los Angeles Times 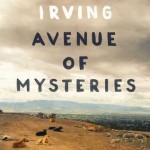 Avenue of Mysteries by John Irving: "Protagonist Juan Diego Guerrero has nothing in common with Irving, except for being a novelist successful enough to attract groupies wherever he goes in the world — in Guerrero’s case a sexually voracious mother-daughter pair who may turn out to be genuine succubi." -Madison Smartt Bell in the Boston Globe