The natural world is made up of nouns and verbs on which we have heaped millions of largely inappropriate and self-serving adjectives. I wondered how we may shape ourselves, body and mind, to fully inhabit this earth.

Allow me to introduce myself...

My first foothold on/in this mercurial new world of digital journalism was way back at the turn of this century, when the then young and unknown recent graduate of U of Florida Matt Borondy reached out to me to ask for a contribution to his soon to be published ‘literary site of sorts’ Identity Theory. My first benefaction was a conversation with picture story teller Ben Katchor (with whom I have since chatted 2 or 3 times). My second or third tête-à-tête (of six) with Howard Zinn was next.

And thus began a beautiful friendship.

In the years that followed, my work (such as it is) appeared in a number of places: Boston Common, The Millions, The DAILY Beast, The Morning News, The Virginia Quarterly Review Online and so on. Mrs. Loman’s injunction that “Attention must be paid” still has resonance, but the sad fact is that in a world resplendent with many wonders, there is simply not enough attention to go around. And, of course, the digital age ushered in an exponential growth in that corpus of wonders with seeming ease of access to previously distant and obscurely divergent astonishments (as well as a torrent of banality).

Which means that skillful and tasteful aggregation has great utility in this overabundance. This a task I set out for myself in this space (hopefully on a weekly/regular basis). Back when Glenn O’Brien had a column in Interview magazine he featured an engaging digressive style which one would come to expect of a man of many seasons. This is a style that has much influenced me, as have wide-ranging writers such as John Berger and Lawrence Weschler. Worry not, more autobiographical tidbits will be proffered in this space in the foreseeable future. In the mean time, I encourage you to show signs that you are out there somewhere in my Universe. Write. Clap with one hand. Quote me in conversation with your smart friends. Acknowledgment can come in many forms… 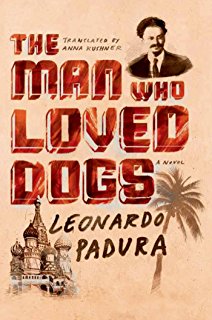 A few years ago Cuban Leonardo Padura* published his magnum opus, The Man Who Loved Dogs, which I ended up enjoying greatly. Previously I had known of him as the author of The Havana Quartet, a series of noirish novels. 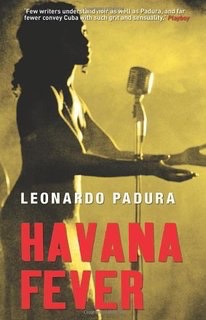 The good news is that Spanish film company Tornasol has produced these Havana-set crime novels, as Four Seasons in Havana. 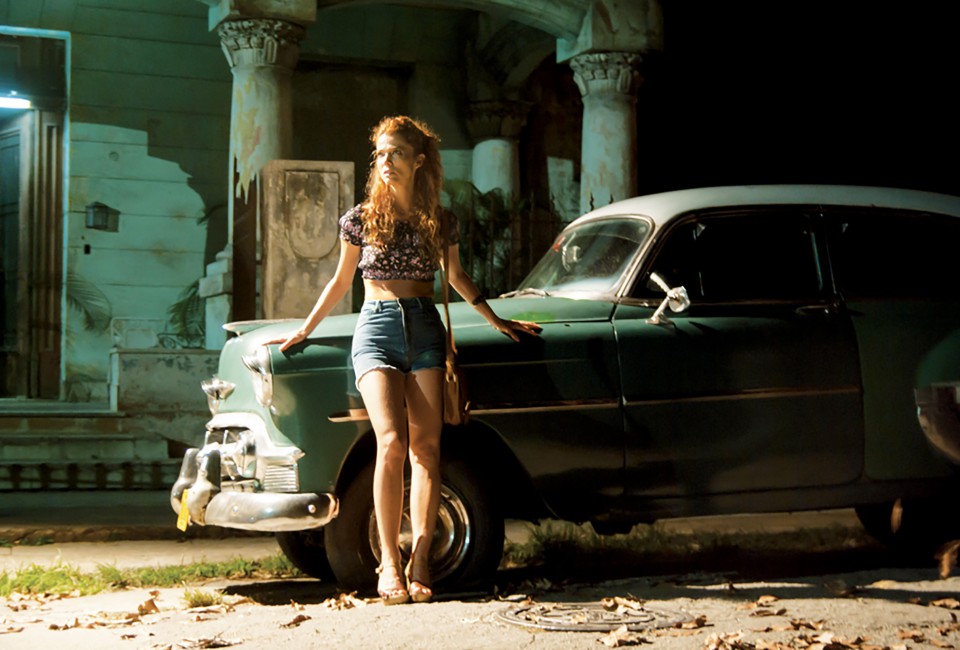 So far in my initial viewing on Netflix, I have found manifold aspects of the production intriguing, not the least a serviceable narrative arc. The fact that the stories are set in 1991-98 during Cuba’s Special Period, when the dissolution of the Soviet Union placed severe economic hardship on the island, lends an additional frisson of complexity to the overall picture. The last 3 episodes feature crimes that showcase an issue that has a Cuban twist: corruption, homosexuality and the expropriation that took place when the Revolution triumphed in 1959. And there is, of course, the main character, Captain Mario Conde, a laconic figure who by all standards is good police. 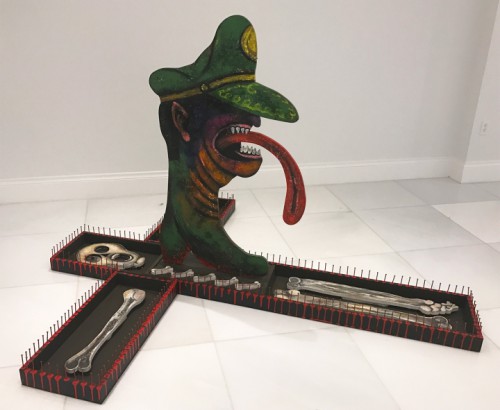 The much beloved octogenarian Canadian Leonard Cohen passed away recently, a passing that was preceded by a fine profile of Cohen by New Yorker editor David Remnick. There is a lot to recommend this concise survey of Cohen’s life brought up to date by Remnick’s visit shortly before Cohen went on to ‘his greater glory.’

My favorite snippet, as Remnick describes the beginning of that visit recalling the opening of the conversation:

The focus on Cohen was all the more timely as the recent Nobel award to the USA’s Bob Dylan roiled the waters of the literary pond on the issue of songs as literature and others more deserving than wandering Jew Dylan.

And, on the squall of contention raised by the ‘bold’ Nobel Committee move, I found it too obvious to be arguable that songs are literature and only of mild interest whether the Nobel Award Committee should award songsmiths. And of even less interest whether Bob Dylan was deserving to be so honored. However, the maw of media being ever ravenous for anything resembling news or serviceable information expended much typography and sound files and consternation on the failure of the septuagenerian son of Minnesota to respond immediately, to message he would not be coming to the Nobel Awards Dinner. And then explaining his schedule would not permit his attendance.

One might consider the odd juxtaposition of Smith performing before an audience of tuxedoed, white-haired men and with her acoustic guitar and pedal steel guitar accompanists, surrounded by a full orchestra. As poignant as her rendition of Dylan’s prophetic anthem was, her faltering accompanied by her apology and her explanation were even more plaintive. Which was then followed by Smith’s written disclosure (which at least die-hard fans should find interesting).

Anyone who reads a few books a year and has even a mild interest in the literary world is aware that this is the season of the list. I, naturally, will be issuing my own (list) as soon as I can contrive a click-baiting rubric. In any case, as far noting recently publishing books I take my cue from poet and woman of letters (and Nobel laureate) Wislawa Szymborska’s delightful book Nonrequired Reading:

I got the idea of writing Nonrequired Reading from the sections called “Books Received” you find in many literary journals. It was easy to see that only a tiny percentage of the books listed later made their way to the reviewer’s desk… but things look different in the bookstores. Most if not all of the rapturously reviewed books lay gathering dust on the shelves for months before being packed off to be pulped, whereas all the many others, unappreciated, undiscussed, unrecommended, were selling out on the spot. I felt the need to give them a little attention. At first I thought I’d be writing real reviews… But I soon realized that I couldn’t write reviews and didn’t even want to. That basically I am and wish to remain a reader, an amateur, and a fan unburdened by the weight of ceaseless evaluation…

So, here are some recent books that might have escaped your notice. 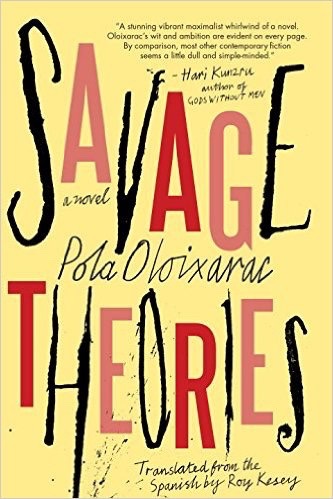 Argentine writer Pola Oloixarac’s Savage Theories includes multitudinous literary references including allusion to Ludwig WITTGENSTEIN which is a tip off this is a high wire intellectual feat. Translated by Roy Kesey this is an engaging read for nimble literary minds. From the publisher:

Rosa Ostreech, a pseudonym for the novel’s beautiful but self-conscious narrator, carries around a trilingual edition of Aristotle’s Metaphysics, struggles with her thesis on violence and culture, sleeps with a bourgeois former guerrilla, and pursues her elderly professor with a highly charged blend of eroticism and desperation. Elsewhere on campus, Pabst and Kamtchowsky tour the underground scene of Buenos Aires, dabbling in ketamine, group sex, video games, and hacking. And in Africa in 1917, a Dutch anthropologist named Johan van Vliet begins work on a theory that explains human consciousness and civilization by reference to our early primate ancestors—animals, who, in the process of becoming human, spent thousands of years as prey.

Riad Sattouf - The Arab of the Future 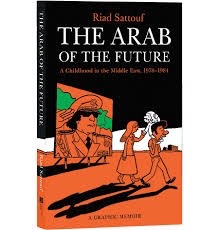 A useful and illuminating graphic primer for us infidels. 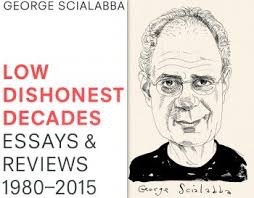 Not everyone knows George**** but those who do love and admire him.***** 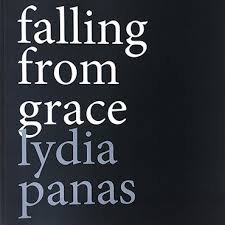 One of these days, I will publish my lengthy conversation with photographer Lydia Panas, who I discovered by stumbling across her riveting book of portraiture, The Mark of Abel, which for the most part features pairs of subjects. Her new opus Falling from Grace focuses on one person, albeit with an odd object or hand position. 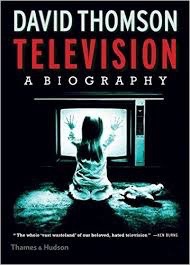 I have a shelf full of books by David as I will read anything about which he chooses to write (his oeuvre is marked by its diversity of subjects). He is mostly known for his thoughtful film criticism. (See the The New Biographical Dictionary of Film, updated 5 times since its initial public action in 1972.) 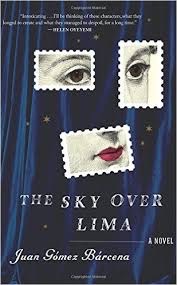 This is an amusing retelling of an unlikely but true story when two young aspiring writers plot to seduce Spanish Nobel laureate Juan Ramón Jiménez by creating an imaginary female admirer--which apparently moved him to write one of his greatest love poems.

Having read a goodly amount of Hitch's (that would be Christopher Hitchens, not the Alfred Hitchcock) opining, commenting, ideating and, yes, vituperating, as well spending a few hours in his company (resulting in two published conversations), some of that time at the bar at Cambridge's Plough and Stars, I say unabashedly that I am a great admirer. Not the least because he was the kind of journalist who, for example, had himself waterboarded to understand the horrors of that experience.

Given these dark times, the paucity of readable dissident opinion and commentary (besides Henry Giroux, Matt Taibbi, Charles Pierce, Chris Lehman and Gail Collins) makes Hitchens’ absence palpable. Fortunately, he contributed to many journals, amongst which was the London Review of Books, where I recently chanced to find this illuminating take on ’The Man from Hope.'

Well, every once in a while we all come across a tune that stays in our head, haunting us days, even weeks after our initial hearing. Such is the case with Greg Porter’s "Take Me to the Alley."

**Kendricks, you may remember, was the sweet voiced falsetto in the Motown voice; aggregation

1 thought on “Allow Me To Introduce Myself”