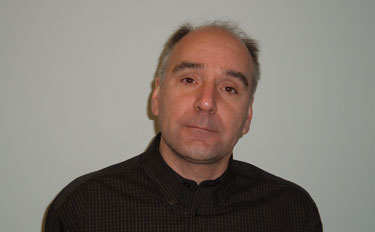 In this time of Darwinian economics, it's an understatement to say that employment has become rather uncertain for many people. Nicholas Nigro's No Job, No Prob: How to Pay Your Bills, Feed Your Mind, and Have a Blast When You're Out of Workcan keep you from losing your mind if you happen to lose your paycheck. Nigro's book discusses how to engage in a proactive job search, revamp your resume, and remain optimistic even when the odds are against you.

What would you advise the recently laid off and unemployed in terms of navigating this difficult economy?

Cast as wide a net as possible. Cover the traditional routes of the job hunt: post resumes on websites, comb the help-wanted ads, visit employment agencies, etc. But explore the roads less traveled, too. It really all boils down being both proactive and active during a jobless spell. Proactive in doing what’s necessary to survive, and active in finding a rewarding job or career path.

I hope that No Job? No Prob! supplies readers with some food for thought on broadening the conventional job search. For instance, there’s no better time than your unemployed present to join clubs and associations, do volunteer work, and attend workshops, courses, and such.

While being social and neighborly is always a good idea, it’s especially so when you’re out of work. By commingling with as many of your fellow men and women as possible, in as many venues as possible, you enlarge your network of job recruiters. I know an individual who—courtesy of being jobless—met his next-door neighbor for the first time. He discovered that the man ran a business in need of his kind of know-how. It can’t hurt to get to know your neighbors. Kibitz with your fellow dog parents at the local dog run. Clue everybody in at the gym about your employment status. The bottom line is that people know people who know people.

How can someone who has just lost a job remain upbeat? What role does positive thinking play in your book?

Remaining upbeat when you’ve lost your livelihood is a tall order. But what’s the alternative? You could panic. You could wallow in self-pity and watch YouTube videos all day long. But where’s that going to get you? Valiantly strive to avoid morphing into a couch potato.

In a hopefully entertaining way, I attempt throughout No Job? No Prob! to underscore the importance of getting out and about as much as possible during periods of unemployment. This is the most tried and true course to remaining optimistic. While being continually active and leaving no stone unturned is—for obvious reasons—beneficial to your job search, it’s also fundamental to maintaining your overall health and wellness. Physical well-being goes hand in glove with emotional well-being. It’s all too easy to fall into bad habits at this point in your life. But if you make a concerted effort to avoid the doldrums, you’ll more than likely succeed.

What’s your take on people riding out the recession by going to graduate or professional school? How critical is the role of education in finding/maintaining employment?

If you have the financial wherewithal to go back to school to get an advanced degree, or a first-time degree, it’s a wise move. There are, too, government assistance programs available for further education, job retraining, and the like. In the knowledge arena: more is better.

Also, in this new economic reality, some of us may have to reinvent ourselves and forage in unfamiliar fields. The more formal, as well as informal, education that we accrue, the smoother the transitions are into different lines of work and careers. I worked in a retail pet food business—co-owned by my brother—for seventeen years after college. When the company sold off its operation, I was adrift. I tried a business of my own, which failed miserably, and had to, for all intents and purposes, reinvent myself. I graduated with a degree in economics, worked in a grungy retail environment, and ended up writing books. Hey…you never know.

Would you like to comment upon some of the obstacles you have overcome either professionally or personally that have led you to where you are today?

No Job? No Prob! is not written in the first-person—it’s not peppered with my personal ups and downs. However, from first-hand experiences, I’ve seen where a positive attitude and a measure of determination can take you. Ideally, life is a never-ending story of recovery and second chances, even third and fourth chances.

A few years ago, my right leg above the knee was amputated. A blood clot—and an unforeseen and dramatic loss of blood—nearly did me in. Doctors were certain—if I even made it off the operating table—that my vital organs would be irreparably damaged. Prior to this fork in the road, the worst medical problem that I had in forty years of living was a swimmer’s ear.

I spent a month in the hospital and left in a wheelchair. I was saddled with bills and unrelenting phantom pains in the missing limb. Things looked pretty bleak. To make a very long story short: I not only lived to tell, but suffered no damage at all to any organs. I have no health issues and take no meds. Since that time, I’ve written two books and the revised edition of another. Where I once wondered if I would ever be able to walk again, I now do miles without a fuss. Granted, I have to plug in my computerized knee every night for a recharge, but I look upon it as something of a life metaphor. I’d rather this hadn’t happened to me. Still, when you go through what I did—or adversity of any kind—you can’t help but emerge on the other side of it with more empathy for the human species and their trials and tribulations.

What’s next for you?

I am always working and reworking a variety of book ideas. In the publishing world, it’s all about perseverance. For a period of years, I pitched a pet-themed book project in multiple incarnations before it finally sold. Yes, I had to put 101Best in the title to make the sale, but that’s the way it goes for many working writers.

Personally, I’d love to one day collaborate with an individual with an interesting story to tell. Effectively telling someone else’s story—from their unique prospective—would be the most challenging and satisfying project for me as a writer.

I’ve added a novel-in-progress to the mix, too. I have long avoided this pathway, but came to the conclusion that one can impart more of life’s truths in a work of fiction. As always, the hard part will be finding a publishing partner.

Is there anything else that you’d like to add, either about your book or advice in surviving the recession?

Despite the book’s somewhat flippant title and subtitle, it doesn’t—for a moment—diminish the magnitude of unemployment. No Job? No Prob! endeavors to be informative, entertaining, and hopefully—in the end—uplifting. If you’re out of a job, you’re not alone. The unemployment fraternity—past and present—is considerable and cuts across a wide demographic swath. But the good news is that most people not only survive, but thrive in their post-jobless incarnations.

Sherry Saturno is a freelance writer and a director at a health care facility in New York. She has Master's degrees from Columbia University and Long Island University, and is always looking for a good story.