If I have read more than a dozen biographies (not

to be confused with memoirs) in the past 12 years, I would be surprised.

Autobiography of a Face - Lucy Grealey

Official and Confidential: The Secret Life of J.Edgar Hoover

Autobiography of a Face - Lucy Grealy

Speaking to Myself – Studs Terkel

The Flyswatter: How My Grandfather made his Way in the World

Yorker about his lunch with Martha Stewart, this caught my

In this kind of differentiation, Stewart's role

model is Ralph Lauren, who created Polo, Purple Label, and other

brands less directly tied to his name. "He was able to expand

his empire greatly by different brand labels," she said.

Having just read a biography of the Ralph I got

to thinking about how merchants and hucksters, not content with

accumulating wealth, require adulation and recognition for something

in addition to successfully competing in the Greed game.

The infrequency of my attention to personal history

about, a tautology I will resolve at another time. Perhaps in my

memoir–in–progress, Loose Lips. Also, I have

act of cultural dumpster diving, especially when the strong possibility

exists of a time-wasting encounter with hagiography. Of course,

the author needs to grapple with this concern early on (and he does).

town again. And thus, even such journalistic adroitness can be instructive.

Before I forget, Gross seems like nice enough guy—he acknowledges

his Westie, Calpurnia and he did a commendable job with the tough

hand he was dealt.

Real Life of Ralph Lauren is not the first biographic attempt

to focus on Bronx-born Ralph Lifschitz. There was the 1988 Ralph

Lauren: the Man behind the Mystique by Jeffrey Trachtenberg.

was not such a big macher.

I was tempted to go no further than the preface

where Gross details, in eleven pages, his back-and-forth with Ralph

about the extent of the cooperation this book would receive from

him. The Ralph was very concerned about references to his very public

on Ricky, his wife of thirty-five years. In a way, the negotiations

encapsulated everything I wanted to know about RL. But like a good

soldier, I trudged on. And, of course, I wouldn’t know what

I didn’t really want to know.

The only question I asked myself is: why bother

ephemeral world of fashion, the mostly crass world of retailing

and the murky world of dream making? I suppose the fact that the

Lauren enterprises have been financially successful on such a large

scale warrants some interest. But as in the case of my reading Tom

King’s book on David Geffen, I found it of interest to try

to unearth some sign of originality, speciality or distinction and

then determine whether Lauren (Geffen) had made any contributions

to culture or civilization.

In both cases, for me, the answer was a resounding,

Shrewd, quirky, dogged in satisfying his own narcissism,

riddled with emotional tics, Ralph Lauren comes off as an incompetent

businessman. He was lucky at essential times to work with competent

people. He required an absolute loyalty from his minions, and his

talents, at best, were to synthesize or adapt what already existed.

Granted, that is a talent, but one hardly worthy of the accolades

attached to him, even in the hyperbolic lexicon of the Fashion World

(though I believe ‘zone’ is the it word of the moment).

empire and in possession of unspendable wealth seems as much about

luck as anything else. Although one argument could be presented

campaigns that are the real heart of his success, the sales of billions

(and not even a desired) consequence that ultimately was the foundation

of the Ralph’s success.

Ah, poor Ralph. Not an enviable person. Kind of 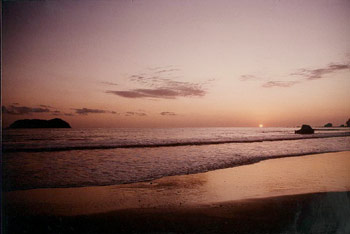