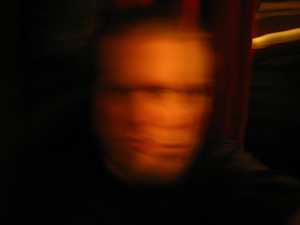 The Czars, formed in 1994, have survived ups and downs with labels, various shelved projects, and the departure of most of the band's members. Meanwhile, they have released six albums, one being a collection of covers that many hailed as the most beautiful covers record ever. This must be due, largely, to frontman John Grant's effortless voice, with a tone somehow familiar and comforting but with an arsenal of tricks that amaze and engage. Next month, Grant will commence the recording of his new album in Texas, with Midlake acting as his band. Before slipping into the studio, he answered Identity Theory's 12 questions, and amidst his self-deprecation, revealed some of his favorite things...ABBA and milkshakes.

I think they can be both. I have a troubled relationship with lyrics. You can think too much about them. You must always just let them happen, to a certain extent. I'm talking about me here. It's important to realize you can change them. I always thought once I had written something it had to stay that way. I don't know why. I just did. I don't feel that way finally anymore. That's a very good thing.

More from everyday life, but once again, I'm starting to realize that you can use pretty much ANYTHING. And I will.

I don't have much of an approach. I don't feel like I've ever given a decent show due to how uncomfortable I've always felt on stage. By that, I mean that I've never worried as much about how to bring the music across live, because I was usually too busy worrying about the live setting. But to be fair, in The Czars we did it with computers a couple of times with earpieces and such (pain in the ass), and we did it very stripped down. I guess I didn't like either.

Not really, but if you were threatening me with a gun I might say ABBA's first greatest hits album. It was a gatefold vinyl thingy, and when I first heard the song "SOS," I about came unglued for joy. Or maybe Supertramp's Breakfast in America or the Carpenters' Horizon.

I think it was more the when, but I lived in a relatively small town in Michigan with 5,000 inhabitants, and my two older brothers had lots and lots of music. Beach Boys, Nazareth, Kiss, Molly Hatchet, Ted Nugent, Supertramp, Heart, Foghat, Bachman-Turner Overdrive, Bread, Blue Oyster Cult, Boston, Journey (LOVE!!!! Infinity).

Constantly putting myself down.

Right now I'm really loving the soundtrack from The Machinist which is by Roque Baños. Bass clarinet and theramin. For me, that's a match made in heaven. Also digging the latest from Roisin Murphy, Apparat, and I can't stop listening to Reset the Preset from Console.