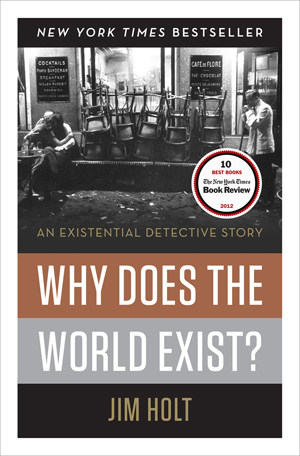 1. Why Does the World Exist?: An Existential Detective Story, by Jim Holt. From the bed of my casino hotel room in the Smoky Mountains, I wrote an Identity Theory newsletter which began: "Do you ever wake up abruptly from an accidental nap feeling a deep sense of emptiness about the universe?" A kind reader responded by recommending this critically acclaimed examination of being and emptiness.

2. Behind the Beautiful Forevers, by Katherine Boo. The worthwhile critics and award-giving people loved this book more than any other that I missed this year. (P.S. I got to write "Boo" in this post.)

3. Hallucinations, by Oliver Sacks. My ex-girlfriend's word-happy mother gave me a worn-out paperback copy of Sacks' literary investigation of migraines years ago, and I haven't read it for fear her gift would trigger a migraine. I prefer a book with the potential to bring on hallucinations.

4. Mortality, by Christopher Hitchens. Four is the number of death, according to the Chinese. I was born on the fourth of September, so my chances of being cursed are greater than zero. Beyond superstition, I've spent most of the past two months around women with breast cancer, working on puzzles both literal and existential. Hitch's contribution will place a few pieces in their rightful spots.

5. The Cove, by Ron Rash. As he revealed to Robert Birnbaum earlier this year, Ron Rash was a fan of the late, great Rosie. I read a few Ron Rash books in 2012 but not his most recent novel. Rash is a big name around these parts. I hope he is wearing a gaudy t-shirt that says "I'M KIND OF A BIG DEAL" while touring to promote his next great collection of Western North Carolina-based fiction, Nothing Gold Can Stay, in 2013.

6. Alif the Unseen, by G. Willow Wilson. The first book mentioned in the NY Times' 100 Notable Books of 2012 comes from young, Cairo-based G. Willow Wilson, whose essay "Eco Next: The Mechanics of Hyperpraxis" appeared on this very website in 2006.

7. A Hologram for the King, by Dave Eggers. I've never read a Dave Eggers book.

10. Inside, by Alix Ohlin. We met during the weekend of my birthday, at the Decatur Book Festival, when I was sneakily acquiring a free Bookzilla t-shirt, and I told her I would read at least one of the two fiction books she released this year. But I haven't gotten my hands on a copy of either yet. Blame it on Bookzilla: 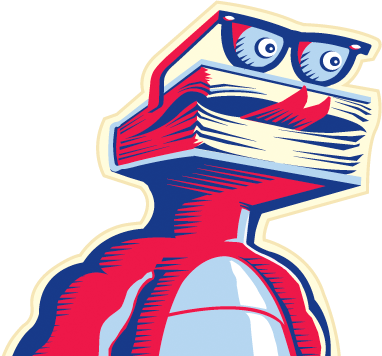